The World of Spanish Journalism

The World of Spanish Journalism

Millikin University's January Immersion term offers students a wide variety of experiences that include everything from traveling abroad to online classes. Among these unique classroom opportunities is a course that combines the elements of entrepreneurship and the world of Spanish journalism called Spanish for Journalism.

In his second year of teaching the course, Dr. Julio Enríquez-Ornelas, assistant professor of Spanish at Millikin, incorporated Performance Learning into the class by giving students the chance to not only study Latin American and Spanish culture, but also launch their very own online bilingual magazine titled Mosaicos: Voces Bilingües. 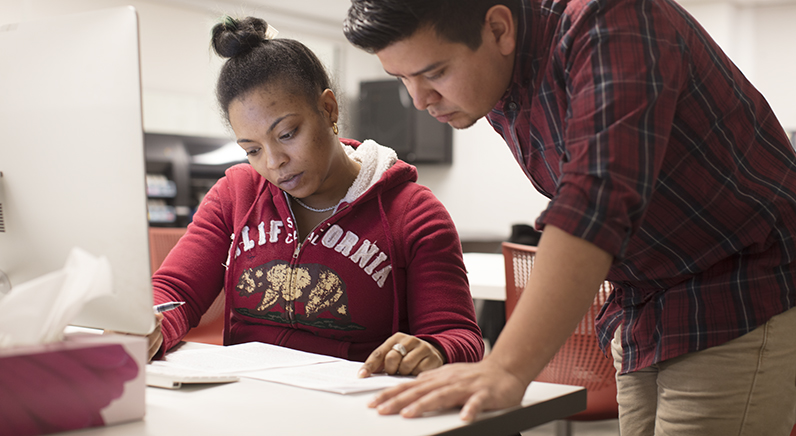 "During the first year of the class, the students had to come up with an idea for the magazine, a title, and I gave them a set of pieces to write about," Dr. Enríquez-Ornelas said. "For this year's class, my interpretation of Performance Learning in Spanish journalism was having the students take ownership of the magazine and do it all on their own. The students went above and beyond my expectations."

Nine students began the course by learning about Spanish online journals, newspapers and blogs that cover news, sports, culture and art. The students engaged in multiple roles as editors, writers, photographers and graphic designers, and worked as a team to create the magazine. 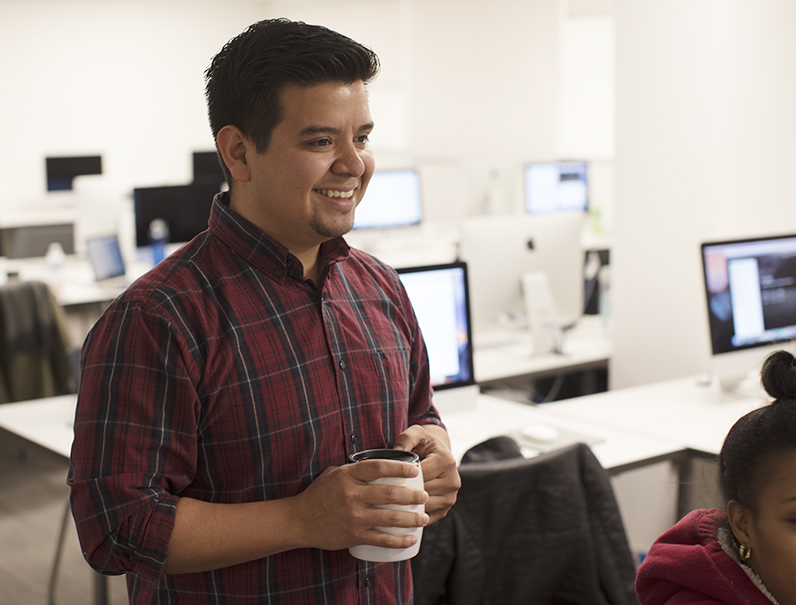 "One of the things I wanted to emphasize was entrepreneurship and how I could get the students to think about it beyond a normal task," Dr. Enríquez-Ornelas said. "I wanted them to think about how it could become a student-run business venture and find who their target audience is, and how we might keep this business going after the class ends."

The students define the magazine as an "array of voices" with the idea of multiple perspectives, views and levels of Spanish. The writers had to craft two articles, both in English and Spanish, with focus on Latin American cultures. Some of the topics the writers covered were features on contemporary Spanish literature, film, music and art, as well as health and traditions. 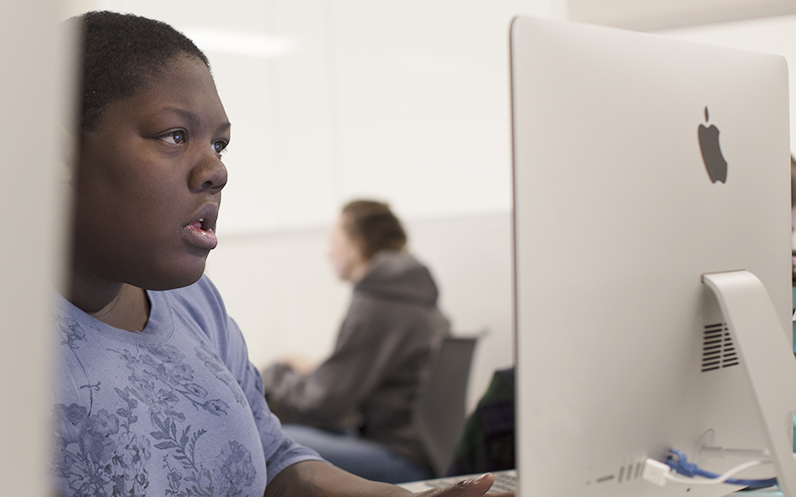 "I was part of the first class, and to be in the second class is great because we're taking the magazine further," Rhodes said. "This is more of an opportunity to get the word out and impact some sort of change in the world by making the magazine accessible and delving deeper into the culture." 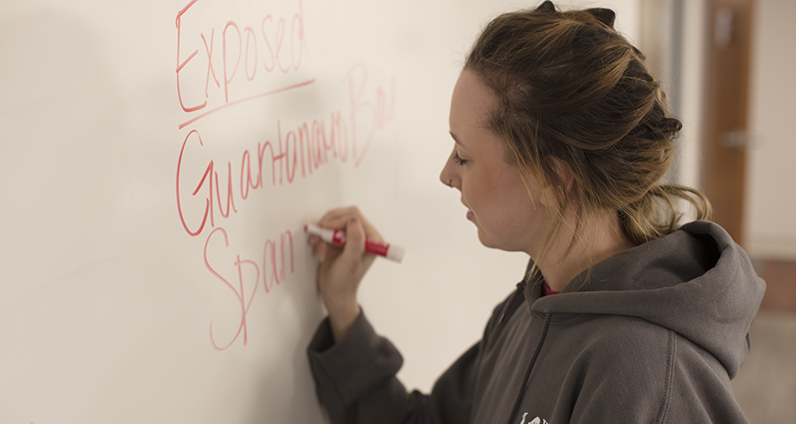 Senior nursing and Spanish double major Alex Zalar wrote articles on art featured in the National Museum of Mexican Art in Chicago, and how to provide culturally competent care in the hospital setting.

"I can use this experience to help my patients in the future because there are a lot of Spanish speaking people who don't necessarily get the one-on-one communication in the hospital setting," said Zalar, of East Peoria, Ill. "The magazine is definitely something that can grow for years to come." 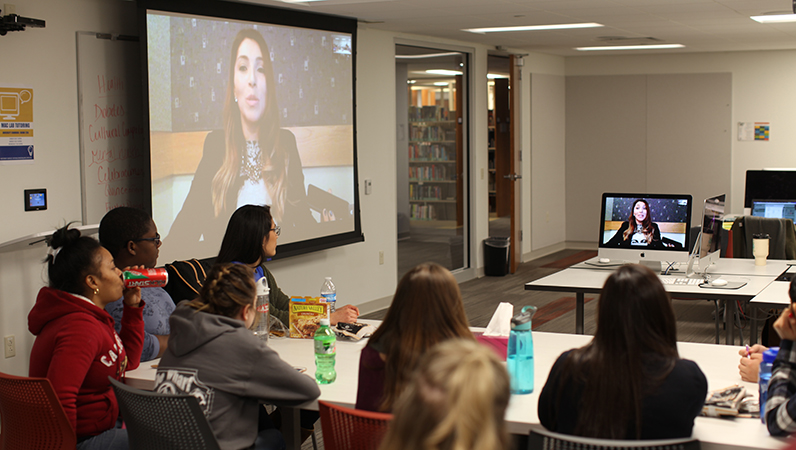 The students also had the chance to meet with Spanish journalism influencers, such as lifestyle entrepreneurs Gustavo Magallanes Gutiérrez and Carmen Melgoza Gutiérrez, who have a combined online following of over 200,000 people. Their videos on health and fitness have received over 2 million views.

The students also met Griselda Ramírez, via Skype, a bilingual features producer for ESPN. Ramírez's stories focus on Latino athletes, which have appeared in English on ESPN and in Spanish on ESPN Deportes. 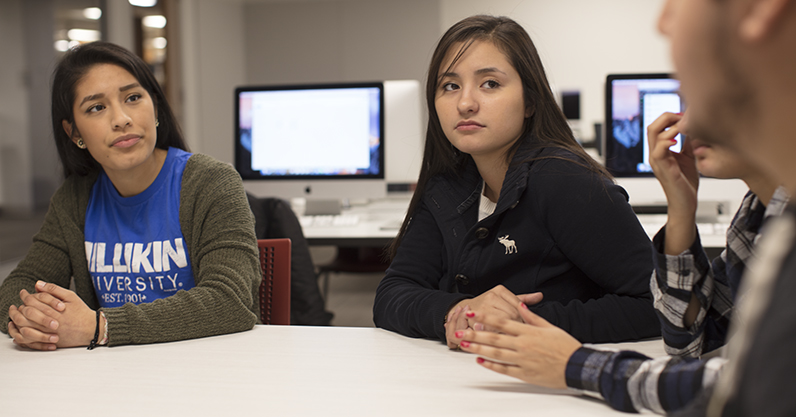 At the end of the course, the students had to translate texts at a professional level to ensure the magazine could be accessed in Spanish and English.

"I could've gone a traditional route with the class, but after I offered the course the first time and saw the reaction from the students, it made sense to have that Performance Learning component of creating an online magazine," Dr. Enríquez-Ornelas said. "I hope the students realize that they have the ability to play different roles and can go outside their comfort zone."

Millikin 2020 Commencement Canceled
Millikin is Us. We are Millikin.
Words of encouragement from the Big Blue Community
Millikin offering "MacMurray Match" to MacMurray...
Farmer Twins reflect on time at Millikin