Before completing an internship in Washington, D.C., and prior to a job-shadowing experience in South Korea and finding her passion in international politics, Angela Arnold wanted to study music at Millikin University.

She began her time at Millikin enrolled in music classes and believed that music was what she wanted to pursue. "I felt like music was the only thing I was good at. I enjoyed it so much in high school that I wanted to continue it in college," Angela recounted. 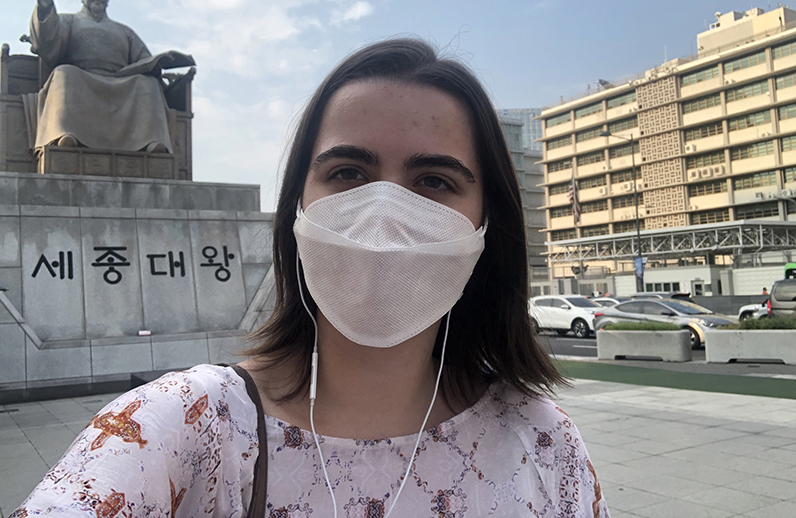 Arnold's entire plan changed when she became involved at Millikin's Center for International Education (CIE). She joined several international student organizations soon after and immersed herself in her newfound passion.

"I really found my calling and I'm so grateful because it took me coming to college to realize that something like international business or international affairs even existed, and now I can't imagine doing anything else," Angela said, describing how Millikin encouraged her to pursue new interests. 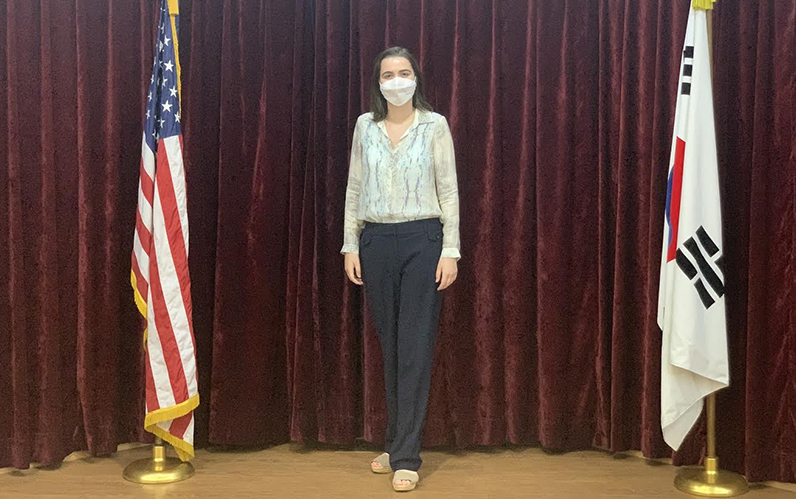 Now a senior majoring in international business, Angela has become involved in an array of opportunities at Millikin to help shape her future. Through her internship with the Bureau of East Asian and Pacific Affairs in Washington, D.C., which led to a shadowing experience in the U.S. Embassy Seoul and the American Center in Korea, Angela has been able to grow and develop a variety of skills.

Among her responsibilities during her internship, Angela ran a COVID-19 tracker for all Asia-Pacific Economic Cooperation member economies and attended several seminars, which she then summarized for higher-ups in the organization. "My favorite responsibility was writing a speech for the deputy assistant secretary's remarks at an American Chamber of Commerce meeting in Hong Kong," she recalled, describing how the opportunity led to her internship in South Korea.

Back on campus at Millikin, Arnold is making the most of her senior year, taking advantage of every opportunity she can before graduating and pursuing her five-year plan. Between studying to complete her international business degree, along with minors in French and music, as well as a certificate in vocal performance, Angela is a resident experience mentor for the Global Experience Living Learning Community, a French tutor for the Department of Modern Languages and is an International Student Specialist for the CIE.

"In terms of campus involvement, I've got a lot going on," Angela said with a laugh as she listed her responsibilities. She was selected as this year's Peace Corps ambassador for Millikin and will also be president of the French Club. "I honestly can't think of a better way to finish off my senior year," Angela said.

After Arnold graduates in spring 2022, she hopes to teach English abroad for the 2022-23 academic term and then serve in the Peace Corps for two years before returning to the U.S. for graduate school. Her goal is to eventually become a foreign service officer within the State Department.

Angela credits her growth and development as a student to her time at Millikin, and the unique learning opportunities offered to her. She says that experiences such as singing with the University Choir at Vespers under the direction of Dr. Brad Holmes, and her time with the Center for International Education have been most valuable to her.

"Overall, I really appreciate all that Millikin has done for me and I can't wait to see what this new school year brings," Arnold said.