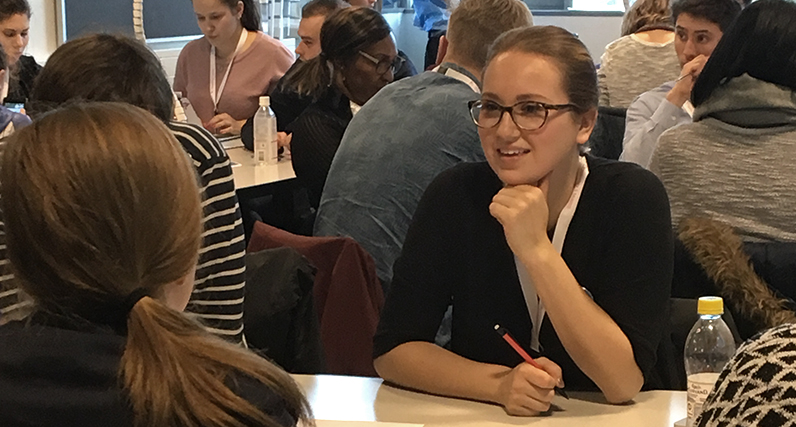 The students were divided into a number of "villages" consisting of 30 students, which were then divided into different teams made up of five to six students. Each team consisted of students from different institutions. The teams had to come up with sustainability solutions for some of Denmark's largest companies.

The winning team from the competition included Estefano Martinez. Martinez's team won first prize for their concept for a sustainable activity for the team-building company CoastZone.

"Not only was it culturally diverse but there were different backgrounds of education," Martinez said. "CoastZone is a human resources company that provides team-building development, and one of the activities we proposed was using discarded materials and having the companies they work with build toys or furniture and donate those items to a place such as the Red Cross. It's simply a way to incorporate environmental and societal sustainability."

Students from countries such as Slovakia, Poland, Denmark and Sweden took part in the competition.

"I could not have been prouder of all six Millikin students who attended the program," said Julie Shields, director of Millikin's Center for Entrepreneurship. "They were generous and humble leaders within their groups, and they all rose to the occasion to present a three minute pitch within their 'village.' I'm also very intrigued by the efforts the European Union is promoting around teamwork, innovation and communication. Millikin is absolutely doing some things right to prepare our students for a global economy."

Daniel Rivera was the leader of his team that won the team spirit award within their village. Haley Hogenkamp's team took 2nd place which also developed a sustainable solution for CoastZone. Mikayla Krieger's team took 3rd place, and seniors Aric Hopp and Kameron Kimbrough were thought and organizational leaders within their groups.

"The biggest thing for me was overcoming the cultural barriers between my teammates," Hogenkamp said. "Understanding how to work best with the other cultures took some time to figure out."

According to Shields, facilitators at the competition were very impressed with the Millikin students. "This type of teamwork is intentional in Millikin's curriculum, but our students do not get to feel what it is like to be a cultural minority within a team," Shields said. "That was my primary objective in making this trip. I wanted them to feel uncomfortable and figure a way through it."

Martinez noted, "Ultimately, I learned a lot and this experience was a step forward to future successes."

Click here for more information about the competition and the Business Academy Aarhus.

Estefano Martinez with the winning team