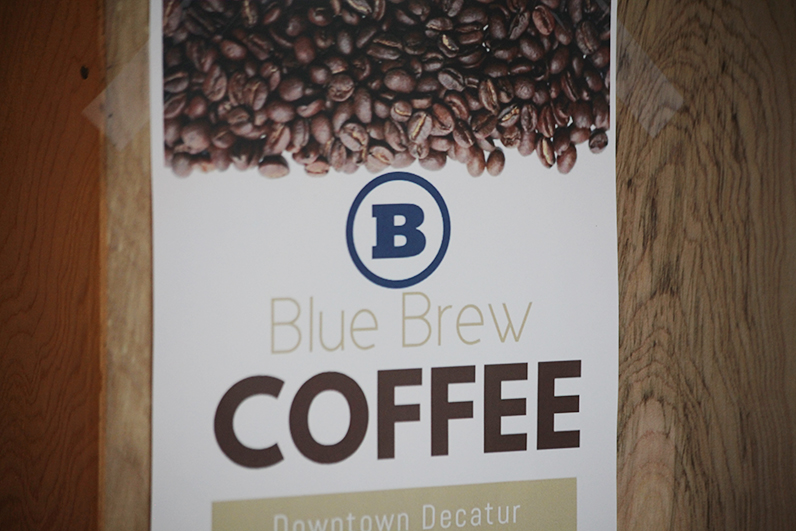 "One of the main things we want to accomplish with this project is to generate enough in sales and feedback from our one-week shop in order to prove that it is feasible to implement a permanent coffee shop downtown," said Aric Hopp, a senior entrepreneurship major from Lincoln, Ill. "If all goes well there is potential for it to become an additional student-run venture for Millikin."

"Carson (Jones) was originally working on the project with Hickory Point Bank to test market feasibility," said Hopp. "At the same time, Jesse (Sargeant) and I were exploring the idea of opening our own coffee shop. We ran the idea by Julie Shields and she ended up putting us in contact with Carson to team up on the pop-up shop project. Martel McGee then joined the team." 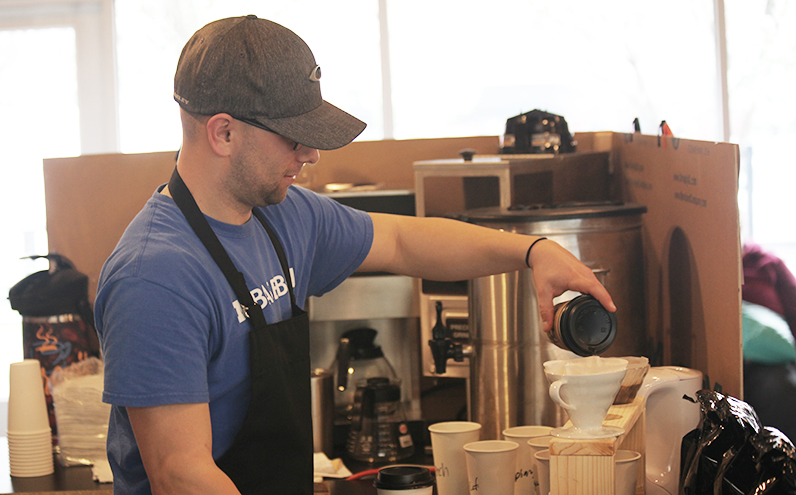 "We would like to thank the Center for Entrepreneurship for allowing us to take the lead on this project with some assistance when we need it," said Hopp. "This empowerment of students is what Performance Learning is all about, and because of it, we are now more prepared to go out and do these things on our own in the future."

Hopp noted, "Everything that we have done up to this point and beyond is directly related to Performance Learning. We have coordinated meetings with multiple potential suppliers for the products that we wish to sell in the shop. Thus after, we had to make decisions as to which suppliers would be the best fit for our needs. We have researched all of the material that we will need in order to operate."

Hopp says communication and flexibility have played important roles in the project.

"We have established a marketing plan that involves printing posters, social media posts, as well as contacting local news sources to help get the word out," said Hopp. "We've also been hosting taste tests over the past couple of weeks in the Center for Entrepreneurship to try and decide which flavors of coffee we should sell."

Millikin Children's Theatre Program offers a creative...
Behind the Curtain: "The Pirates of Penzance"
Millikin to offer new Cybersecurity major
Make It Millikin: Nick Harper
For Real, For Real