This year's expo was held in the University Commons on Dec. 10. Throughout the expo guests were able to view visual media, interactive media and video production work such as digital art, graphic design, photography, app design, film and animation. Many of these pieces were created for real clients in the classroom. New this year from courses in audio engineering and live event technology were the addition of sound design projects. The projects were displayed on a Mac screen and were running on a new digital sound board that has live and studio mixing technology. 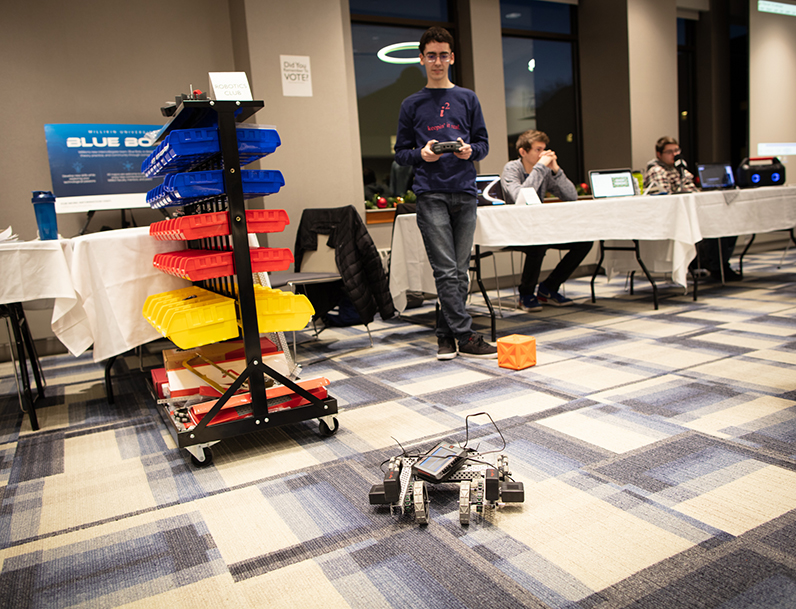 Now in her fourth year of organizing the event, Jessa Wilcoxen, associate professor and chair of Arts Technology and Administration at Millikin, has created an opportunity for students to do much more with their designs and projects rather than just simply turning them in to be graded.

"I think there is something to be said about having a capstone experience and actually getting feedback from the crowd," Wilcoxen said. "It's wonderful to have someone you have never met before tell you how excited they are about your work." 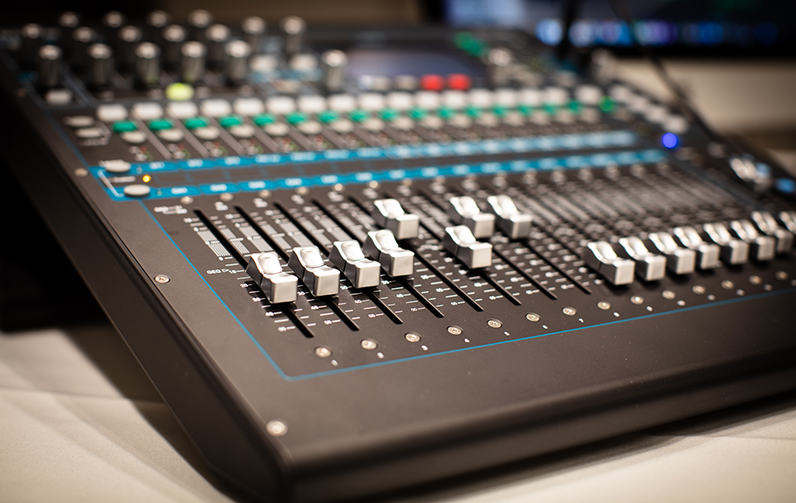 As the Arts Technology Expo continues to grow, more student work is displayed and more student-run ventures are starting to get involved like the new robotics club Blue Bots, an intercollegiate team designed to blend theory, practice and community through competitive robotics.

Anne Longman, a sophomore arts technology major from Park Ridge, Ill., has had her work displayed at the expo for two years. Not only does she love the chance to show her work from the past year, but she gets to see other students' work as well. 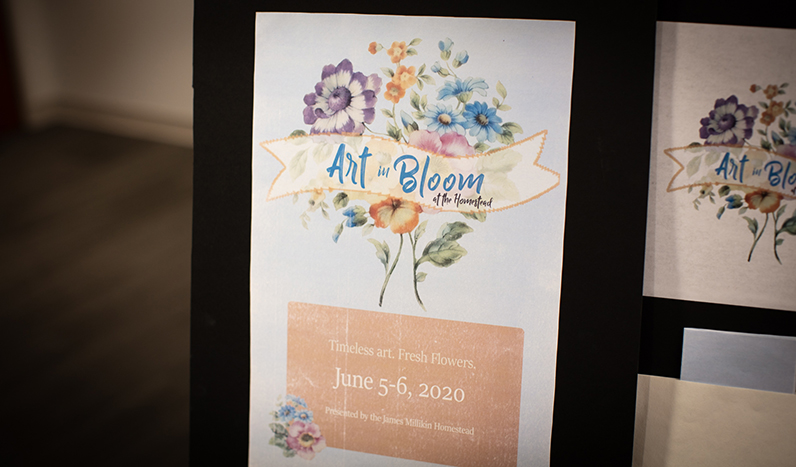 "I love seeing what other students have done in some of the classes that I've already taken and see how they took a project a different route," she said. "The expo is also a way for people to get engaged in arts technology because some people don't really know what it is."

Senior sport management major Logan Bennett, from Marion, Ill., was part of the Integrated Marketing Communications (IMC) Campaigns course and was tasked with pitching business ideas that groups of students created as the final project of the semester. For Bennett, the requirements of this project was all new to him which involved having to apply all the new design skills he had learned throughout the semester. 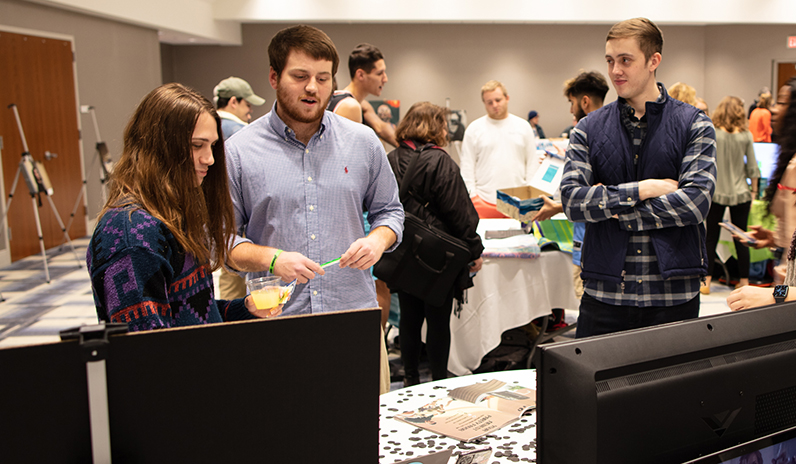 "IMC Campaigns is a course that really focuses on the digital side of marketing," Bennett said. "Marketing is going different ways than it has in the past and that is based upon your ability to create. I think it is really cool to be in a course like that where I still hone in on my core marketing skills, but also get to embrace and display my creative side as well." 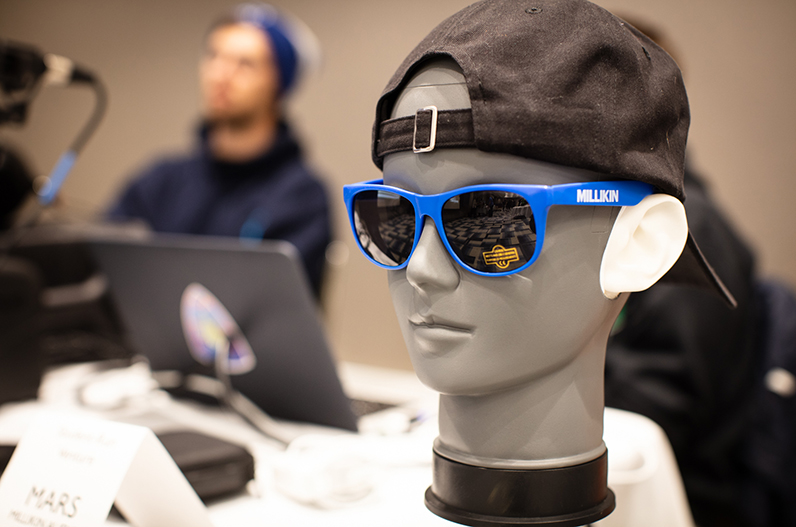 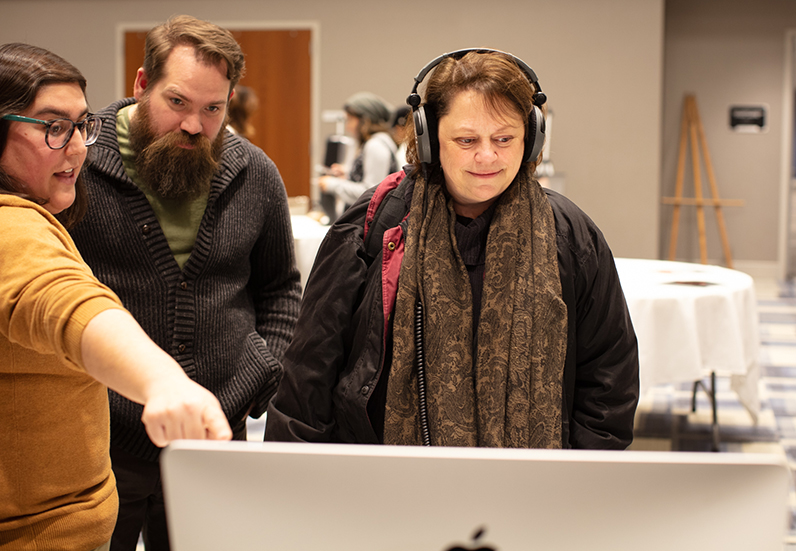 The Mystery Judge's Choice for Most Creative was awarded to a company called Econtainer which included Lillian Hester, a junior communication major from Oklahoma City, Okla.; Emily Pfaff, a senior theatre major from Dousman, Wis.; Sarah VanVeenendaal, a first-year international student from the Netherlands; and Adam Marion, a senior music business major from Springfield, Ill.

Carrie Thompson, a senior graphic design/computer art major from Marion Ill., won Best of Show for one of her photos while Kalli Farmer, a senior sport management major from Columbia, Ill., won the People's Choice Award for a poster she designed. 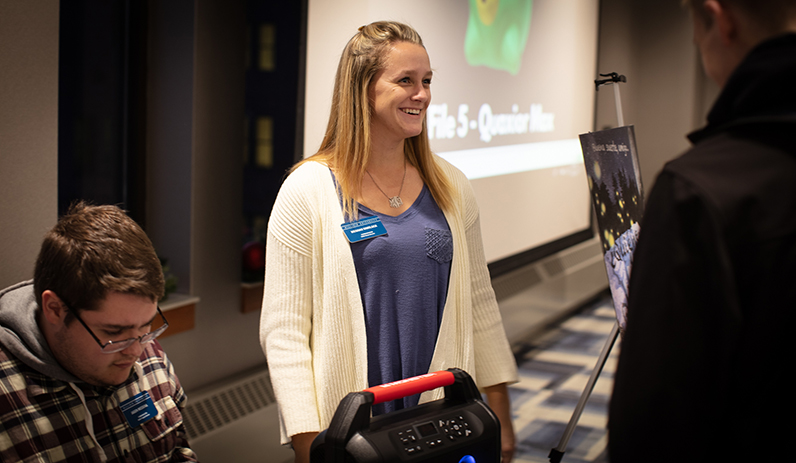 Students in Millikin University's Arts Technology and Administration Department learn the creative skills and technology to make digital media or perform in one or more of the arts disciplines. Students engage in learning the business tools of management, marketing, entrepreneurship and more, preparing them to be more than a service provider but instead a creative partner or administrator in an arts business.