Studying Disney … on a Global Scale

Studying Disney … on a Global Scale

It's no secret that Disney is a household name. Many people grew up with the Disney brand through television, films and of course … theme parks.

One of the more interesting truths about the Walt Disney Company, and its theme parks, is the company's ability to evolve, especially when it comes to technology and improving the guest experience. Disney is constantly at the forefront of expansion, which makes the brand a great subject for students to analyze … something the Tabor School of Business at Millikin University has been doing for the last few years.

RJ Podeschi, dean of the Tabor School of Business, and Dr. Carrie Trimble, associate professor of marketing, teamed up in the fall to teach a digital media marketing course at Millikin that took a look at Disney through a critical lens on a global scale.

Podeschi and Trimble have offered the course several times in the past, but the original genesis for the course came out of all the new technology Disney World implemented in 2013, and its implication for marketing and improving the guest experience. "A lot of the technology has changed and evolved, but most of it is commonplace now. Examples include RFID tags and readers, mobile apps, etc.," Podeschi said. 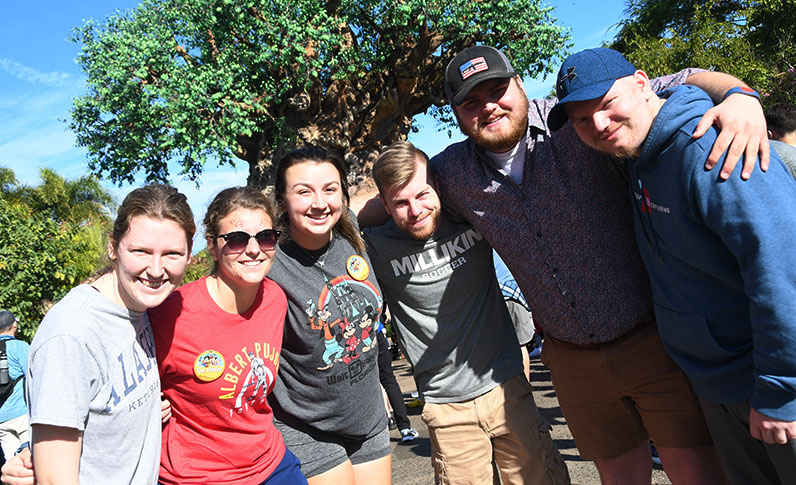 This year, the course evolved to focus more on global identity and what that means for a multinational company. Are corporations like Walt Disney World building their theme parks with a "Western" lens or are they integrating local cultures and customs into the experience. With their entertainment, is Disney portraying different cultures appropriately? Students were tasked with exploring this subject looking back at when Disneyland Paris was built in 1992 and Tokyo Disneyland in 1983.

"The overall goal of the project was to learn the root processes on how Walt Disney created the parks. Also, to observe Disney's international brand strategies that focus on improving brand loyalty, awareness and identity," said Rolande Umuhoza, a junior computer science major from Kigali, Rwanda.

To further immerse themselves in the project, the students traveled to Walt Disney World in Florida back in Jan. 2022 where they got to see the theme parks from a completely different point of view. 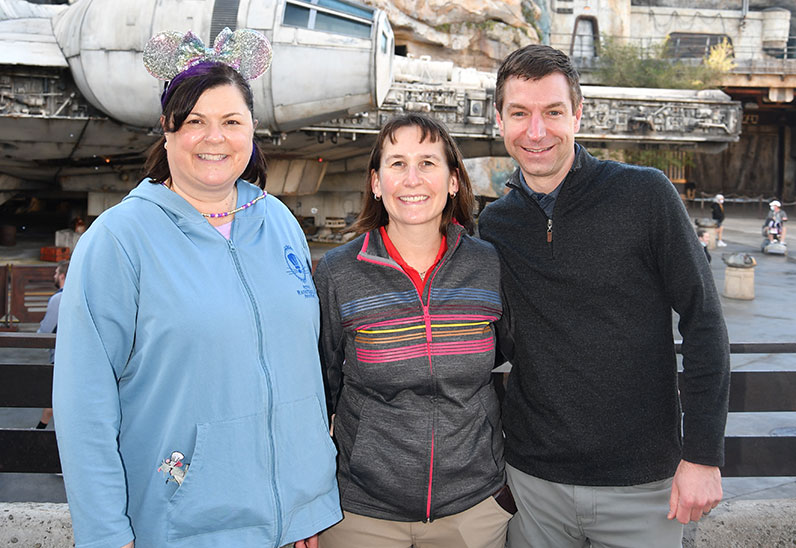 Through the imagination campus, Millikin students learned about how theme parks were designed and were then tasked with designing and prototyping their own theme park. "Students had to decide how they were going to design rides, non-rides, incorporate food and merchandise that revolved around their chosen theme," Podeschi said. "Students had to wrestle with all of the same problems Disney does like 'where will delivery trucks go?' Because you don't want your guests to see that."

As part of their research study, the students worked in teams to build their itineraries and experience the parks by identifying how theming and different cultures are represented.

Jake Vietti, a junior entrepreneurship major from Chillicothe, Ill., said acknowledging local cultures and themes has been a significant factor Disney has taken into consideration when building their theme parks.

"Disney did encounter a few issues and struggles when trying to understand the French culture, particularly in Paris, and Japanese culture in Tokyo," Vietti noted. "In Paris, they struggled with the idea of commercialization. The locals there actually started to plan a boycott of Disney on opening day as the French felt that Disney was hindering the natural beauty of the French landscape. The French did not welcome the idea of fantasy lands with open arms as the United States did." 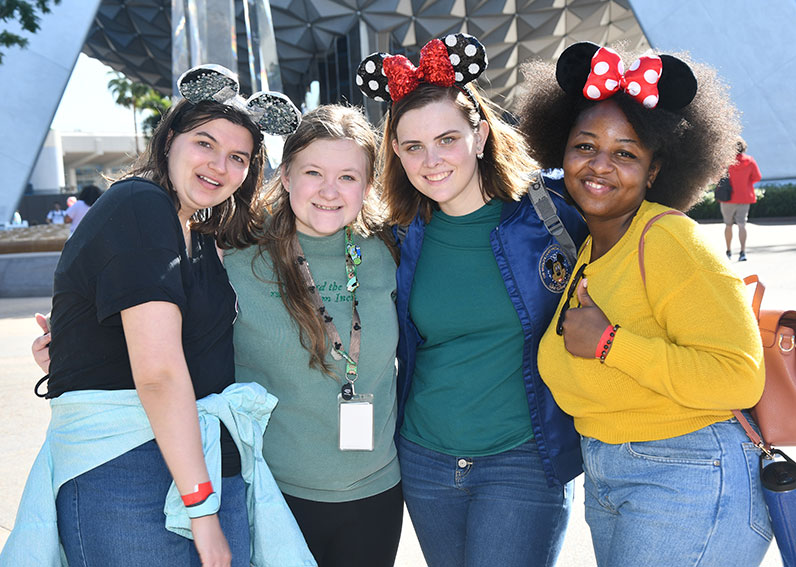 In Tokyo, Vietti said Disney not only struggled with finding enough land to build a theme park, but the company struggled with how to target the Japanese audience. Disney was looking for ways in which they could preserve the culture while implementing it into their park, so the company developed stained glass murals that illustrated Disney movies and themes, but in a way that paid homage to the Japanese culture.

"They are incorporating local culture with respect to what the country normalizes, and this attracts people globally. The global strategy provides knowledge to different cultures by culture appreciation," Umuhoza said.

It was a wholesome experience for Umuhoza which allowed her to see how Disney operates in terms of technology, entertainment and safety around its attractions. "Also, I wanted to learn what it takes to build a global brand, as well as learn about the history of Walt Disney," she added.

The course taught Jake Vietti how to look at Disney in a different light which allowed him to enjoy the experience even more. "Having access to backstage areas opened my eyes to 'a whole new world' and it truly did feel like I was riding a magic carpet."

"Being able to see how the company operates and how Disney is constantly innovating was amazing," he said.

Podeschi and Trimble have been conducting research for multiple years on field trip learning and the increased value over traditional courses or class projects. Podeschi says the Disney "immersive experience really is active learning, and is one that students take with them after graduation."