Imperial Hotel original artifacts to be on display at Millikin

Imperial Hotel original artifacts to be on display at Millikin

Millikin University's Summer Undergraduate Research Fellowship Program pairs a student with a faculty member to perform in-depth research throughout the summer months. An example of Performance Learning, the research is one of the "graduate level" opportunities undergraduates experience at Millikin.

Frank Lloyd Wright's Imperial Hotel is considered one of Wright's crowning achievements, establishing him as a world-renowned architect. The hotel, constructed in Tokyo, Japan back in 1923, was a complex building that took months of planning and displayed many decorative details. 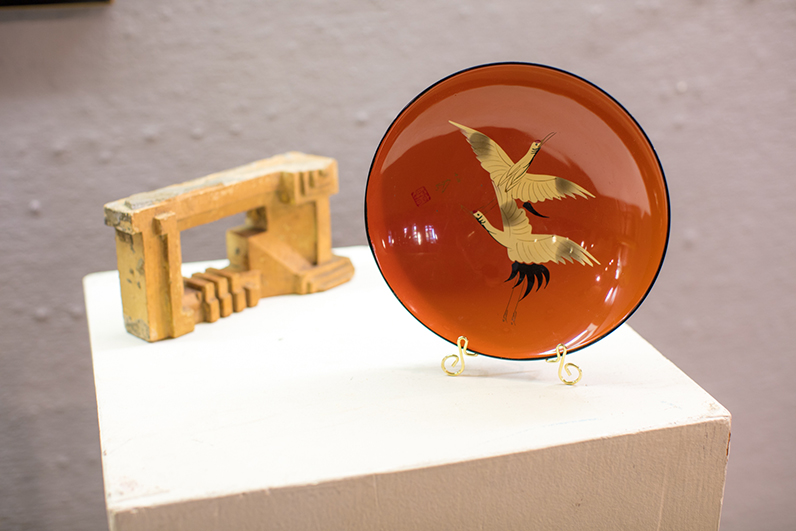 The structure famously survived the Great Kanto Earthquake on Sept. 1, 1923, at the time considered the worst natural disaster ever to strike Japan. However, the original hotel was demolished in the late 1960s.

In celebration of Wright's monumental construction, Millikin University's Art Department is bringing original artifacts from the Imperial Hotel to campus as part of an exhibit that will be on display Oct. 1 through Nov. 30, 2018, in the Perkinson Art Gallery. 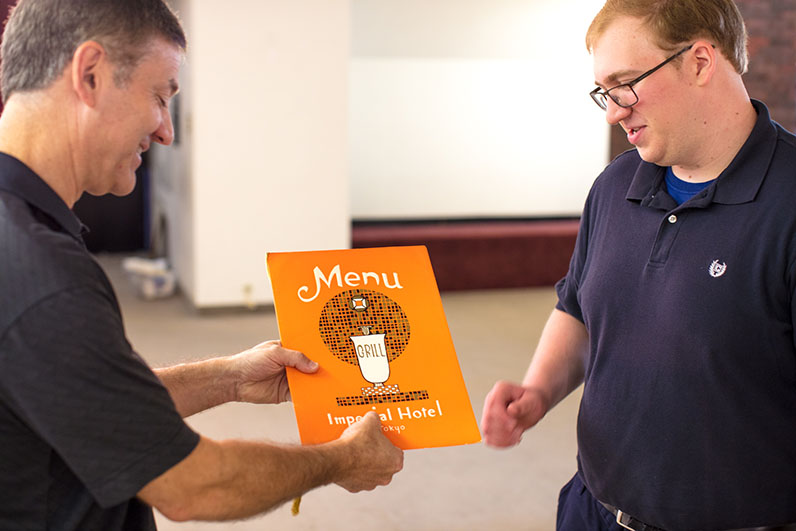 As part of Millikin's Summer Undergraduate Research Fellowship scholarship fund, Professor Ed Walker, associate professor of art, and student Stephen Gardner, a senior graphic design major from Illiopolis, Ill., have teamed up to sort through the artifacts and develop the exhibit for this fall. 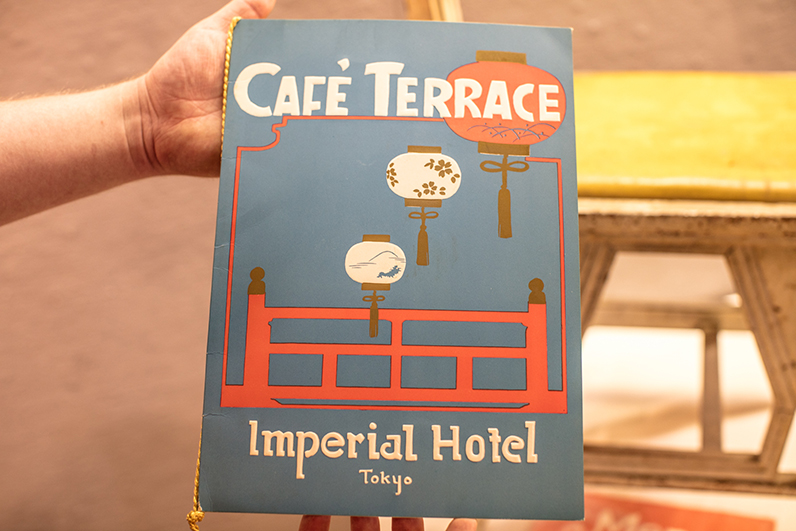 The majority of artifacts are on loan from the Organic Architecture and Design Archives housed in Chicago, co-founded by Millikin alumnus Eric O'Malley '97. 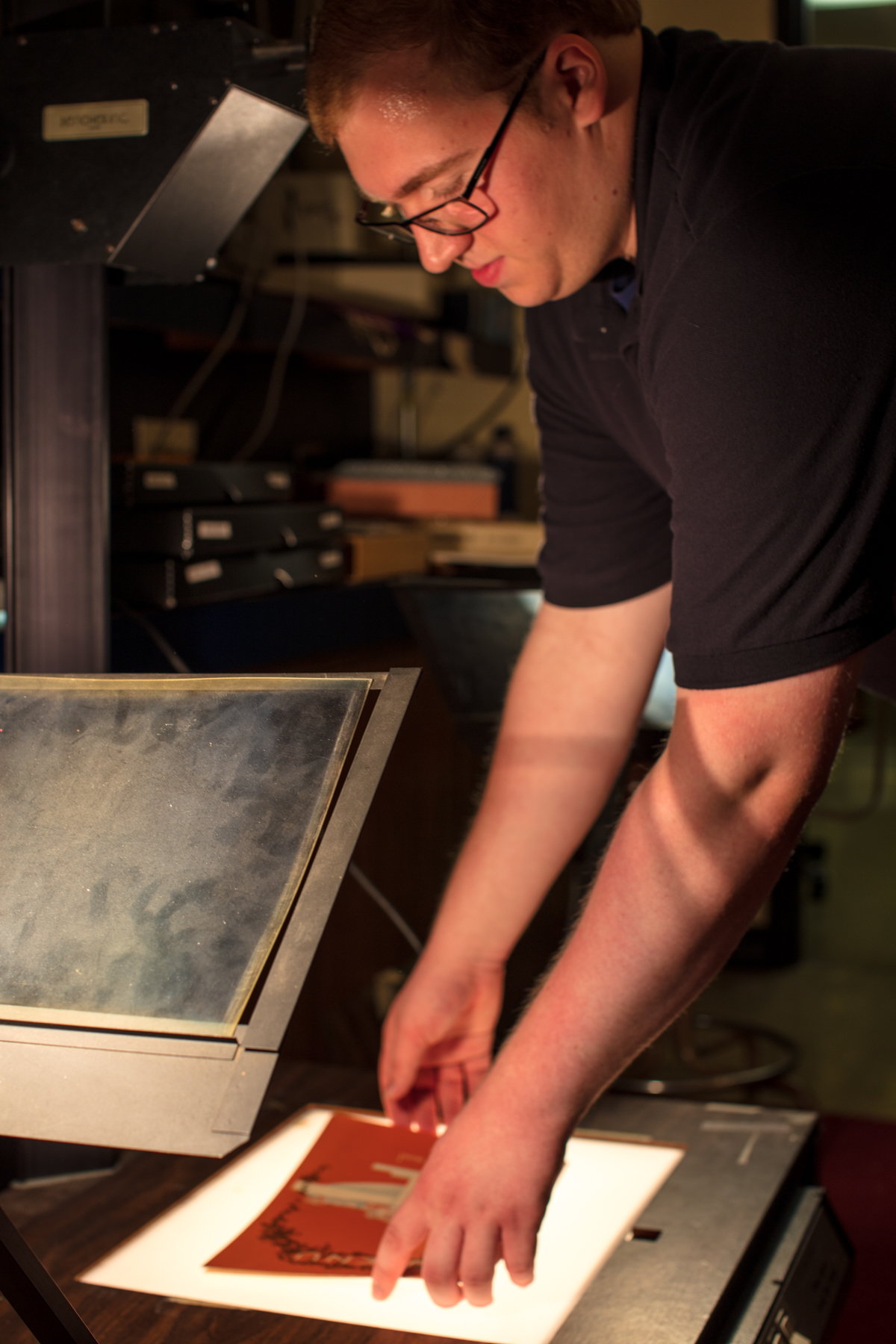 A fan of Frank Lloyd Wright, Stephen Gardner has enjoyed the opportunity to see the artifacts up close. "It's neat to be able to handle some of the actual things from the hotel and to have that history in front of you," said Gardner.

In terms of the exhibit, Walker says they plan to create a more controlled viewing area of the content that is specific to the Imperial Hotel. The rest of the gallery will be multicultural, showing the interaction between Western and Eastern aesthetics.

"It is about the Imperial Hotel, it is about Wright and the launching into his famous career in a bigger way," said Walker. "There's a story that goes along with it because he was very much able to capitalize on the fact that his hotel withstood an earthquake."

Some of the original artifacts that will be on display during the exhibit include furniture, construction tiles, post cards, menus, telegraphs, letters, luggage labels and photographs.

In addition to the original Imperial Hotel artifacts, the gallery will also have on display Japanese cultural items including Japanese prints, Kimonos and household items.

Walker says they are reaching out to other individuals who have Imperial Hotel pieces that they could add to the exhibit. 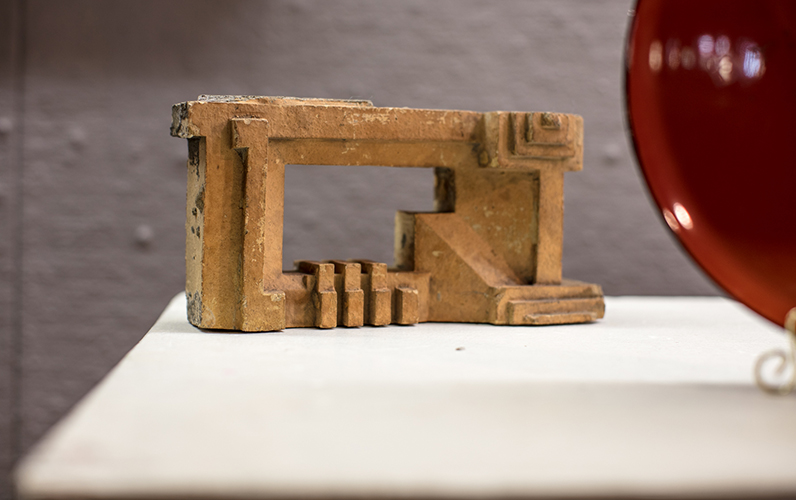 "The experience of seeing the material, hearing the story, and branching off into this broader idea of mixing the cultures together is what the exhibition is going to be about," said Walker. "The visuals are going to be interesting and dynamic."

Following the earthquake in 1923, the Imperial Hotel temporarily hosted the American, British, French and Italian embassies, and fed up to 2,500 people twice daily for the first four days after the earthquake.

Demolition of the hotel was completed and other materials were stored at Nagoya's museum Meiji-mura by March 1968, including the reconstructed main entrance and lobby of the Imperial Hotel. 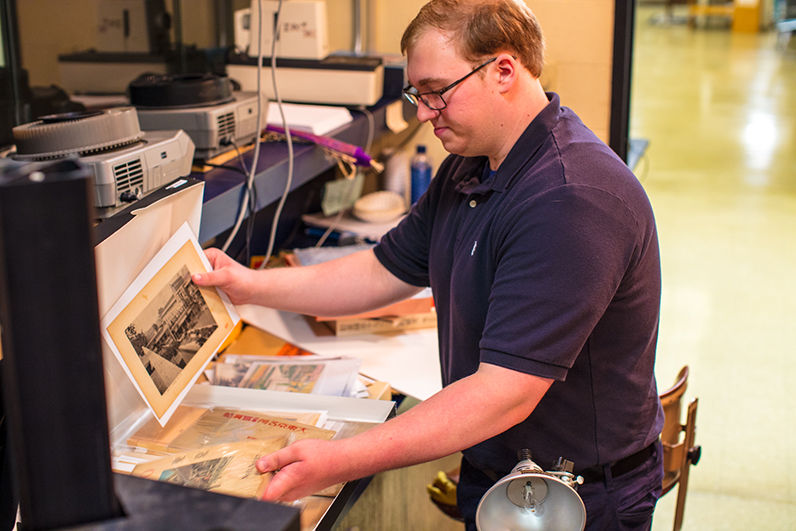 "People who see the exhibit will get the feel of what the Imperial Hotel was like because they will see it through the photos and some of the visual vocabulary that was going along with the hotel," said Walker.

In addition to Millikin's Summer Undergraduate Research Fellowship, the exhibit is also being supported through the Organic Architecture and Design Archives, and private donations. 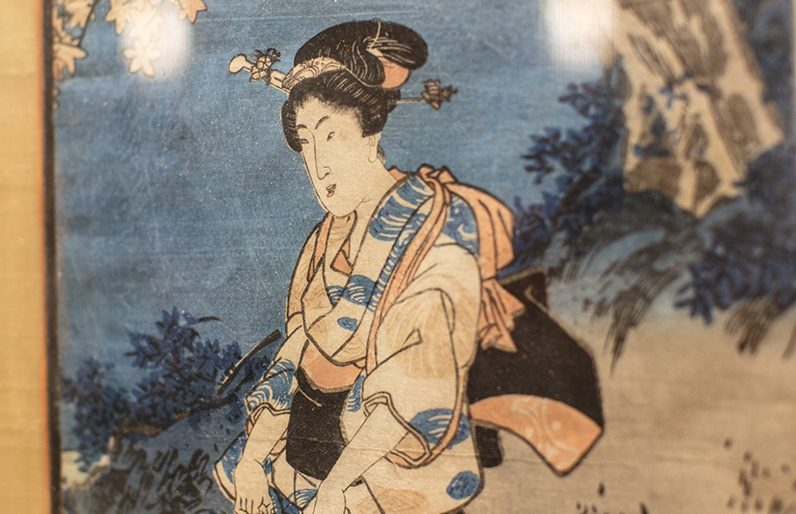 Gardner added, "The hotel becomes the story that we want to tell, and it's a cross section where we bring the Japanese culture into it as well."