Blue Bots is one of Millikin University's newer student organizations. The group focuses on helping students develop new skill sets as they both explore and learn more about their technological passions through a competitive robotics program.

VEX, which holds competitions at the elementary, high school and collegiate level, views robotics as a tangible way to get young people interested in the sciences earlier in life. 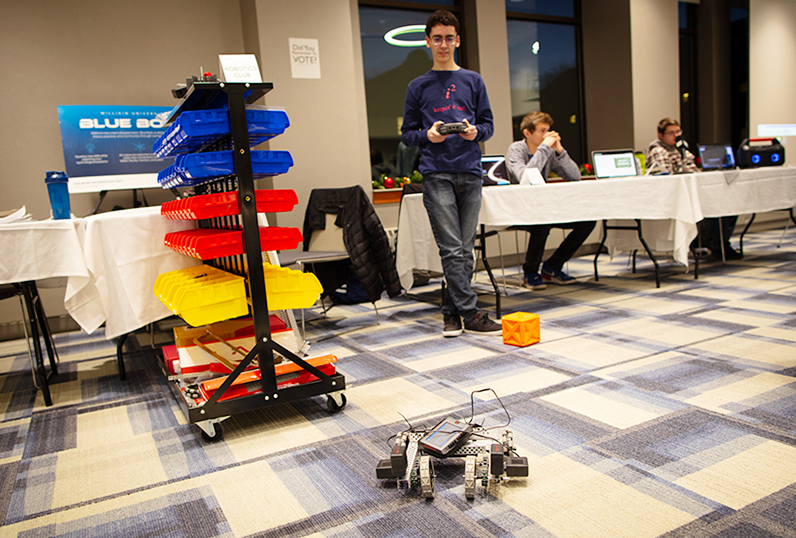 Visiting Assistant Professor of Mathematics Dr. Ben Stucky serves as the advisor of the program. Stucky stated that one of the chief benefits of Blue Bots is that it allows students to build a host of positive skills through one activity: programming, engineering, design, communication and team building skills are all fostered through robotics.

Brian Freeman '23, a data science major from Crystal Lake, Ill., is one of the organization's most active participants and is new to robotics competition. Freeman took the University's robot home over last winter break to work on it. The slightest modifications to design or programming can have a major impact on the robot's operation, so the work never ends. One of Freeman's favorite aspects of Blue Bots is the ability to exercise some control over the project and further develop his leadership skills as he works with his fellow students. 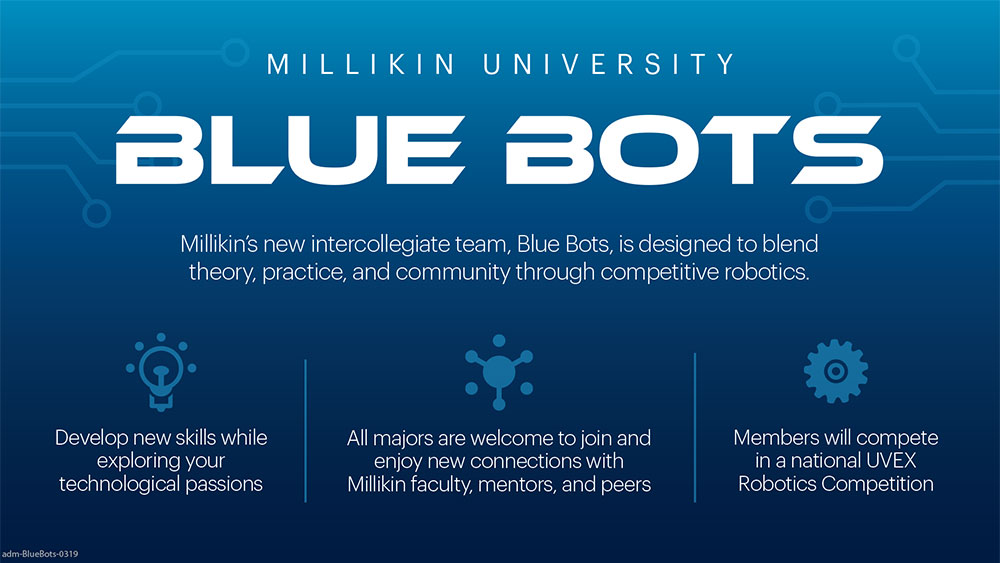 Last February, Freeman and Sam Thornburg, a mathematics major from Mundelein, Ill., represented the team at a competition at Purdue University, and their performance exceeded their expectations. The event, known as Tower Takeover, required teams to both program and drive their robots to stack a tower of blocks in a scoring zone throughout a series of matches. Despite a perfect storm of problems that plagued the beginning of the competition, the team finished in the top ten, defeating much larger schools with much more sophisticated equipment along the way, such as the University of Illinois at Urbana-Champaign and Kennesaw State University. The team won three of its eight matches, its best showing thus far.

Blue Bots welcomes students from all majors to come together to forge new relationships with faculty, mentors and peers as they learn more about the ever-developing world of robotics. To learn more, visit millikin.edu/bluebots.