For the first time in two years, the Illinois Section of the Mathematical Association of America (ISMAA) held its annual meeting in person as 50 mathematicians and undergraduates from around the state converged on Millikin University's campus on March 25-26.

This year's conference served as the 100th meeting of the ISMAA and featured numerous speakers, concurrent sessions and a workshop centered on how to advise mathematics students academically and professionally. 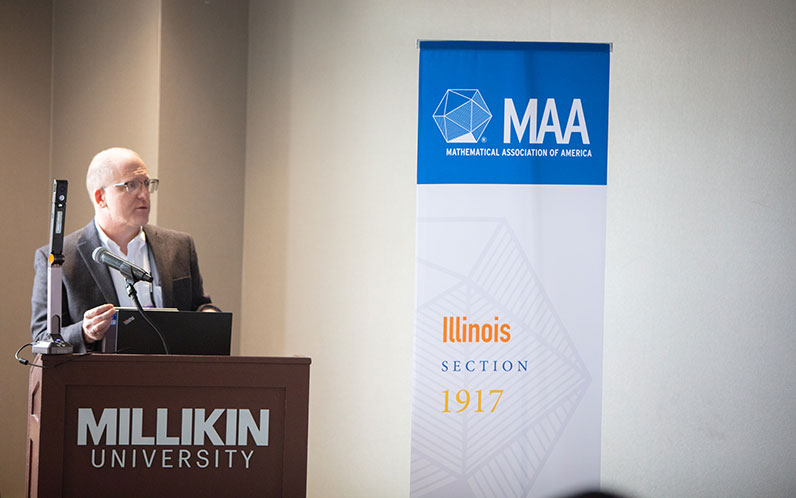 Before sessions began on March 25, the ISMAA formally announced the winners of three awards that recognize the service and achievements of its members. Among the winners was Dr. Emily Olson, Millikin University assistant professor of mathematics and chair for the Division of Natural Science and Mathematics.

In 2017, the Awards Committee of the Illinois Section of the Mathematical Association of America created the Early Career Teaching Award to recognize those who are early in their career and have already established a record of effectiveness in teaching undergraduate mathematics. Dr. Olson arrived on Millikin's campus in 2017; her research focuses on a branch of mathematics called combinatorics–combinations of objects belonging to a determined set in accordance with certain constraints, such as graph theory, coding and probability.

"I am grateful to my department for nominating me for this award," Olson said. "As I teach each semester, I strive to continue learning. This award inspires me to seek out opportunities for growth with an appreciation for how far I've come." 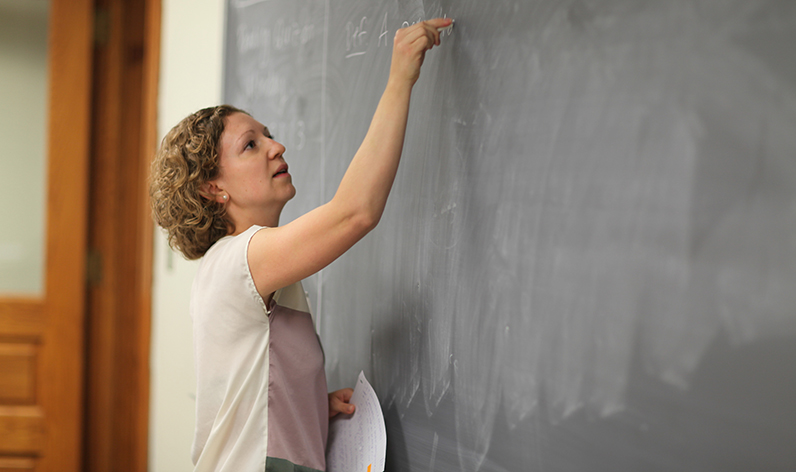 Currently the Quantitative Reasoning coordinator for Millikin University, Dr. Olson also serves as the Section NExT coordinator for the Illinois Section of the Mathematical Association of America.

"What an honor for the first in-person event for the ISMAA in two years to be held at Millikin," Olson said. "I was thrilled to see mathematicians from all over Illinois on our campus. During the pandemic, I have missed participating in community events like this conference. I feel invigorated after attending the plenaries, talks, panels and social events that bring lots of academic joy to mathematicians like me." 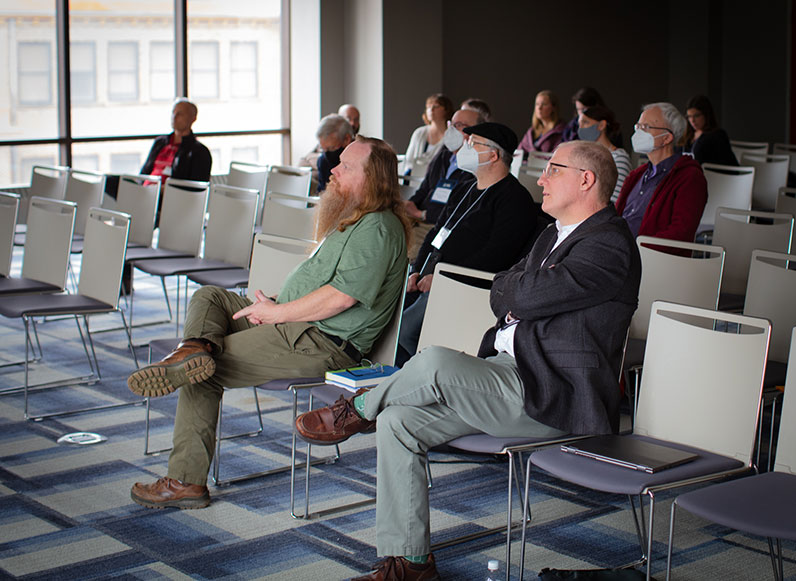 Students at the meeting also had a chance to participate in a mathematics contest where they were tasked with answering a number of mathematical questions. 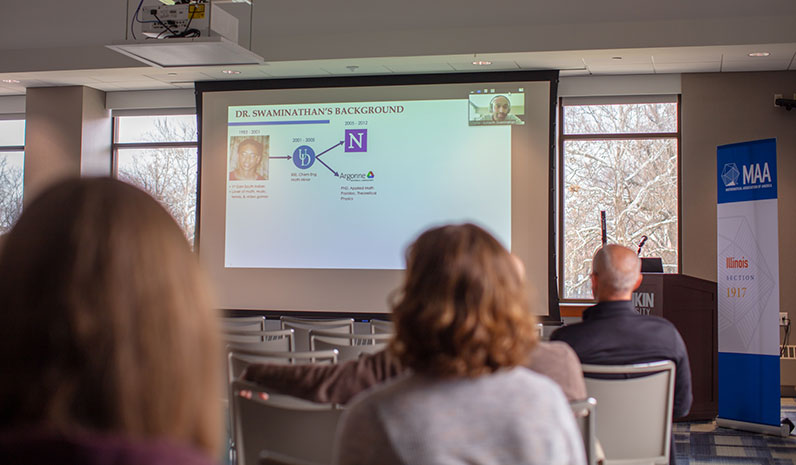 The Mathematical Association of America is the world's largest community of mathematicians, students and enthusiasts whose mission is to advance the understanding of mathematics and its impact on our world. The MAA's core values are community, inclusivity, communication, teaching and learning. The core values are supported through outreach, programs, meetings, competitions and publications, as well as national committees and 29 regional sections.