For the second consecutive year, Dr. Justin John Moniz, chair of vocal studies for Millikin University's School of Music, has been named the recipient of The American Prize in Vocal Performance for 2018-19.

The Prize recognizes and rewards the best performances by classically trained vocalists in America in 2018, based on submitted recordings. Moniz, who oversees the vocal area at Millikin, received The American Prize in Vocal Performance – Friedrich and Virginia Schorr Memorial Award in the men's professional art song division on April 23, 2019. 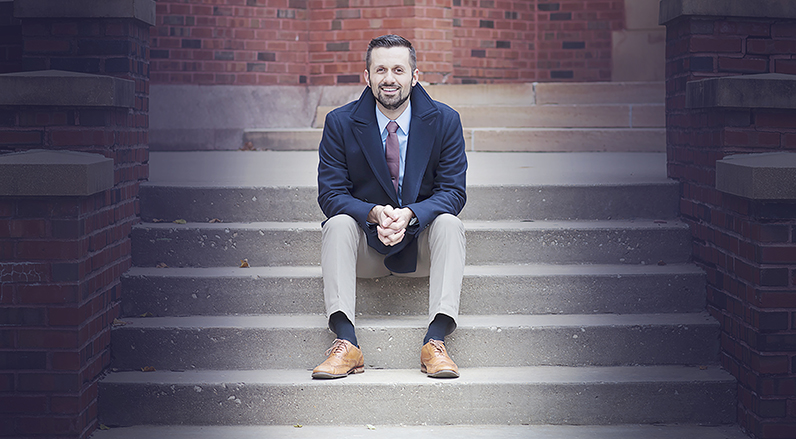 "I'm absolutely honored to receive this recognition for a second consecutive year, especially amongst such an illustrious group of finalists in the men's professional art song division," Moniz said. "With the conferral of this year's award, I am now a three-time American Prize winner. A few years ago, I won the musical theatre division and had the opportunity to make my solo debut at the Chicago Symphony Center, accompanied by over 300 musicians. That experience is still one of my most treasured memories to date."

A three-time American Prize winner, Moniz has begun to emerge as one of the preeminent voice teachers of commercial and musical theatre voice in the United States. He is celebrated for his superb high tenor and commanding stage presence, and has been thrilling audiences in opera houses, theatres and concert halls across the nation. He has had an active career in opera, concert and musical theatre, having sung over 80 roles to date.

In addition to his role at Millikin, Moniz also serves as executive director of the Hawaii Performing Arts Festival and Hawaii Governor for the National Opera Association. Moniz has previously held faculty appointments at the Oberlin Conservatory of Music and the New World School of the Arts.

Moniz has sung with various companies including Opera Grand Rapids, Utah Festival Opera & Musical Theatre, Florida Grand Opera, Sarasota Opera, the Terre Haute Symphony, Columbus Philharmonic, Orchestra Miami and recently appeared alongside Tituss Burgess in "Into the Woods" at the Adrienne Arsht Center. At the age of 26, Moniz made his solo debut at the Chicago Symphony Center in a celebration of the works of Rodgers and Hammerstein. This season, Moniz makes his Mexican debut in a series of concerts at Teatro Isauro Martinez in Torreon, Mexico.

"I'm absolutely honored to receive this recognition...especially amongst such an illustrious group of finalists."

Current and former students of Moniz have performed on NBC's The Voice, Broadway, off-Broadway, national tours and television, in regional theatres and opera houses, and in bands touring throughout the United States. He has written numerous articles and book reviews for The Opera Journal, and recently contributed to "So You Want to Sing Light Opera" by Dr. Linda Lister, published by Rowman and Littlefield. 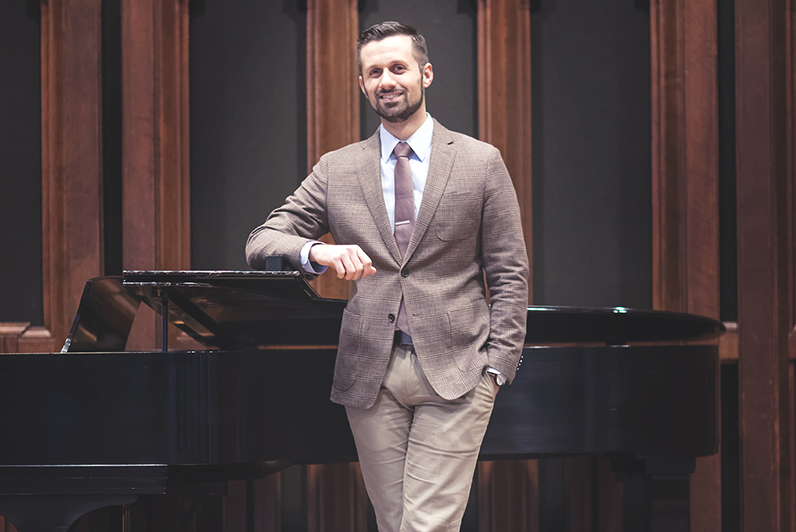 In great demand for his presentations and master classes on classical, commercial and musical theatre voice, Moniz has presented at both national and regional conferences for the National Opera Association, the National Association of Teachers of Singing, the Southeastern Theatre Conference, and at institutions including the Baldwin Wallace Conservatory of Music, Oklahoma City University, Auburn University and the University of North Carolina – Chapel Hill. He has long been an adjudicator for Varsity Vocals and recently joined their esteemed panel of judges for the 2019 International Championships of Collegiate and High School A Cappella Finals at Avery Fisher Hall held this past April.

Moniz holds four degrees from Florida State University, the University of Miami, and SUNY Potsdam, as well as certificates in Nonprofit Leadership and Sustainable Business Strategy from Duke University and Harvard Business School, respectively. He has received young alumni awards from all three of his alma maters, having recently been named one of Florida State University's Notable Noles and University of Miami's 30 Under Thirty. In addition, Moniz was awarded the Rising Star Award from SUNY Potsdam. He is a proud member of the American Guild of Musical Artists and the Actors' Equity Association.