Brown recognized for performances on the field and in the classroom

Brown recognized for performances on the field and in the classroom

Millikin University junior linebacker Matt Brown, of Champaign, Ill., was named to the 2018 Google Cloud Academic All-America® Division III Football Second Team, as selected by the College Sports Information Directors of America (CoSIDA). The team recognizes the nation's top student-athletes for their combined performances on the field and in the classroom.

Brown was Millikin's leading tackler with 66. He had 7.5 tackles for a loss including four sacks. Brown had one interception, one fumble recovery and one forced fumble. Brown, a Presidential Scholar at Millikin, excels in the classroom majoring in Business Management with a 3.94 grade point average. In November, Brown was selected to the Academic All- America® Division III All-District Team.

Brown is also active in the community, previously volunteering with the Champaign Central High School football team. Some of his other community service works include serving as Huddle Leader for FCA Guys Weekend of Champions, packing goodie bags for Harbor Light Hospice and Wounded Warriors, collecting donations for the WSOY Canned Food Drive, helping to construct a home for Decatur's Habitat for Humanity, volunteering for Millikin's Special Olympics and Buddy Walk of the National Down Syndrome Society activities and wrapping presents for Habitat for Humanity in the Champaign Marketplace Mall.

"I am excited that the committee has recognized what Millikin football has known since the beginning," said Millikin Head Football Coach Dan Gritti. "Matt Brown is a champion in and out of the classroom while being First Team All-World as a human being." 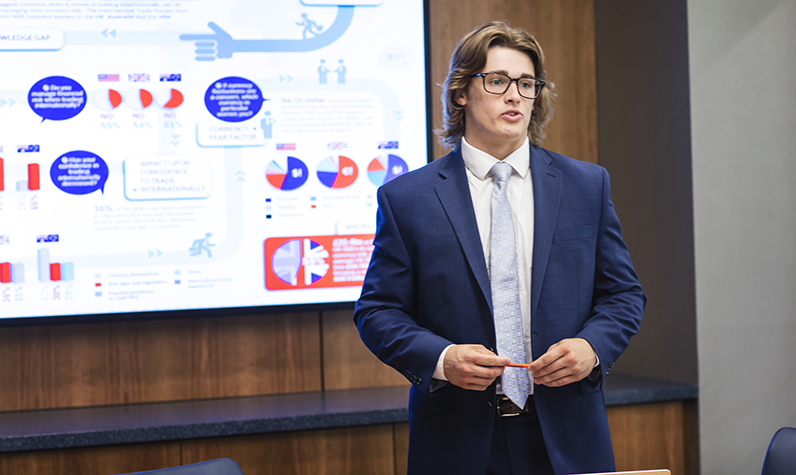 "Millikin gave me the chance to be in a position of leadership academically, to compete and turn a program around athletically, and to be influential in the Millikin and Decatur community," said Brown. "Millikin recognized my achievements in the past, but they knew that I was capable of much more. By giving me the opportunity to be involved in so many different aspects of campus, I knew that I was going to be challenged more than ever before. That is why you go to college, and that is why I chose Millikin."