Millikin head coach Ryan Birt was selected as the CCIW Coach of the Year and his son, Big Blue senior Bradan Birt was the Most Outstanding Wrestler.

Peter McCusker was the CCIW Champion at 149 pounds with a 13-1 major decision victory over Lucas Regnier of Concordia-Wisconsin in the finals. McCusker dominated the weight class winning his first two matches by fall.

Bradan Birt tied the Millikin school record for conference titles winning his fourth CCIW Championship. He won the 165 pound match by technical fall 16-0 over Rafael Roman of North Central. Birt stormed his way to the finals opening with a fall victory in 55 seconds and scoring a pin in 16 seconds in the semifinals. 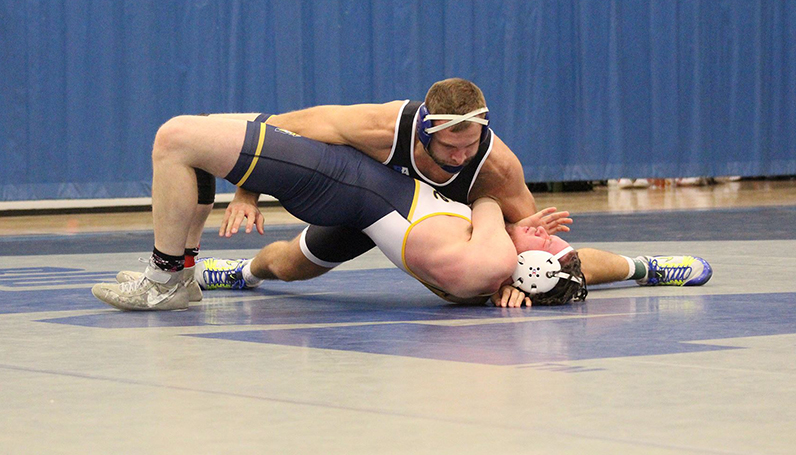 In addition to winning its second straight CCIW Wrestling Championship, the Big Blue also scored the most team points in a CCIW Championship event.

The Big Blue scored 153.5 points topping the previous high in team points of 145 set by Augustana College back in 1974.