The Millikin University women's basketball team advanced to the sectional round of the 2022 NCAA Women's Basketball Tournament defeating the University of Wisconsin-Eau Claire 59-56 in the Regional Final on March 5 in Eau Claire, Wis. Millikin improved to 23-6 on the season.

The first quarter was a back-and-forth contest with four lead changes and two ties. Wisconsin-Eau Claire led 18-15 at the end of the quarter. Millikin regained the lead in the second quarter with 7:51 remaining when Aubrey Staton hit a three-pointer to make it 24-23 Big Blue. Late in the quarter, Bailey Coffman hit back-to-back three pointers to put Millikin up 34-27. Staton hit another three-pointer in the final seconds of the half to give Millikin a 37-27 advantage. Millikin outscored the Blugolds 22-9 in the second quarter. 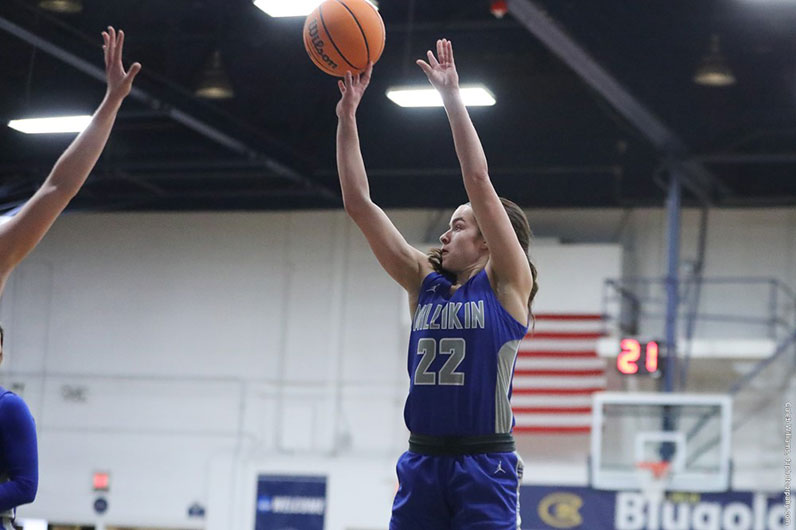 Each team scored 14 points in the fourth quarter making the game a tight one throughout the final 10 minutes. Millikin took the lead for good at 55-54 with 4:54 left in the game on a basket from Elyce Knudsen. The Blugolds were unable to capitalize on several opportunities down the stretch thanks to Millikin's tough defense and defensive rebounding. Knudsen blocked Ellie Clayton's shot with 1:28 left and Miranda Fox dove on the loose ball to give the Big Blue possession. Coffman converted two free throws with 58 seconds remaining to make it 57-54 Millikin. 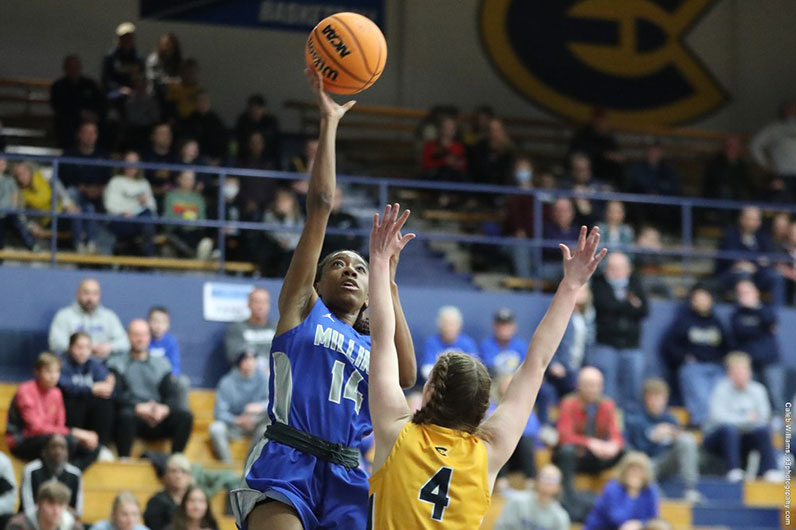 Leading 57-56, Millikin committed a turnover with 16 seconds remaining giving Wisconsin-Eau Claire one more opportunity on the offensive end, but a steal by Staton would give the ball back to Millikin with three seconds remaining. Coffman would convert two more free throws to seal the victory and a trip to the NCAA Tournament sectional round.

Knudsen led Millikin with 22 points followed by Coffman with 19. Chelsea McCullum had eight points and Staton finished with seven.

Next up for Millikin is a sectional round match-up against Hope College on Friday, March 11.