Food is Medicine: Addressing the Social Determinants of Health on Chicago's West Side

Food is Medicine: Addressing the Social Determinants of Health on Chicago's West Side

Millikin University welcomes alumna Dr. Jennifer Wolfe Grenier '02 to campus on Thursday, Nov. 21, who will present the 2019 T.W. Samuels Lecture: "Food is Medicine: Addressing the Social Determinants of Health on Chicago's West Side."

Made possible by the T.W. Samuels Lecture Fund, Grenier's presentation will start at 7 p.m. in the Bob and Debi Johnston Banquet Room, located on the 3rd floor of the University Commons, on Millikin's campus. The event is free and open to the public; no reservations or tickets required.

Grenier currently serves as the clinical director of the Heart and Vascular Institute at Rush University Medical Center where she's worked for 19 years. She has experience in medical-surgical, surgical ICU, liver transplant and telemetry.

Named a 2015 "40 under 40 Emerging Nurse Leader" by the Illinois Organization of Nurse Leaders (IONL), Grenier was also named Alumni of the Year at her high school and the School of Nursing Alumnus of the Year at Millikin University where she earned her Bachelor of Science in Nursing in 2002. After earning a Master of Science in Nursing from Lewis University in 2012, Grenier went on to complete a doctorate in systems leadership from Rush University, with a focus on decreasing workplace bullying and incivility. She has presented at several organizations across the state on her Doctor of Nursing Practice work. 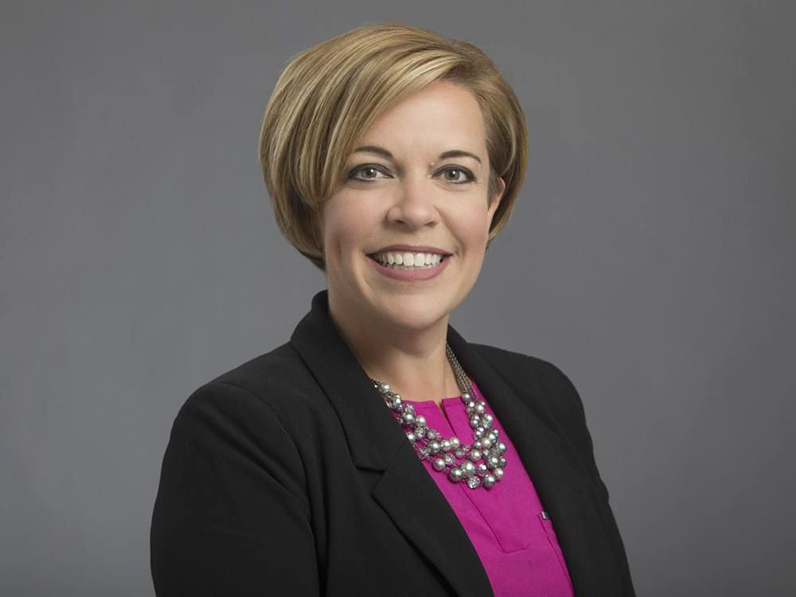 In December 2015, Grenier started the Surplus Project in an effort to decrease food insecurity across the state of Illinois by packaging surplus food from hospital cafeterias and donating it to local homeless shelters. In 2016, she was awarded a $50,000 grant to expand her efforts in the Chicagoland area. The Surplus Project has grown to 10 organizations and has prepared more than 50,000 meals over the last three years.

Grenier was also the recipient of the 2017 Community Effort Award from the IONL in recognition of her work with the Surplus Project, and she was recently elected president of the Illinois Organization of Nurse Leaders.

Phase two of the Surplus Project, "Food is Medicine," began in 2019. Food is Medicine provides patients a month's worth of food upon discharge from the hospital. The program helps decrease the prevalence of food insecurity at Rush University Medical Center and the surrounding Chicago West Side community.

Grenier lives in the Chicagoland area with her husband, Scott, and their two daughters Julia (12) and Abbi (9). She enjoys watching and coaching her daughters in softball and basketball, and giving back to her community.

The T.W. Samuels Lecture Series was created in 1977 in honor of attorney T.W. Samuels, senior partner in the Decatur law firm of Samuels, Miller, Schroeder, Jackson and Sly. Samuels was active in Decatur community affairs until his death in 1989 at age 103. Samuels' sons, William J. Samuels of Menlo Park, Calif., and the late Dr. Thomas W. Samuels Jr., then created an endowment fund to finance the series in recognition of their father. The endowment is used to bring great thinkers and speakers to Millikin for the purpose of community enrichment.

Words of encouragement from the Big Blue Community
Making his mark on Millikin Athletics
Millikin offering "MacMurray Match" to MacMurray...
Farmer Twins reflect on time at Millikin
Millikin donates supplies to local hospitals in response to...