The estimated $6.7 million building will be located at the current site of the Old Gym on Millikin University's campus, which will be razed to allow for new construction. The architectural partner for the project is Decatur (Ill.) firm BLDD. The 10,870 square foot facility will include: 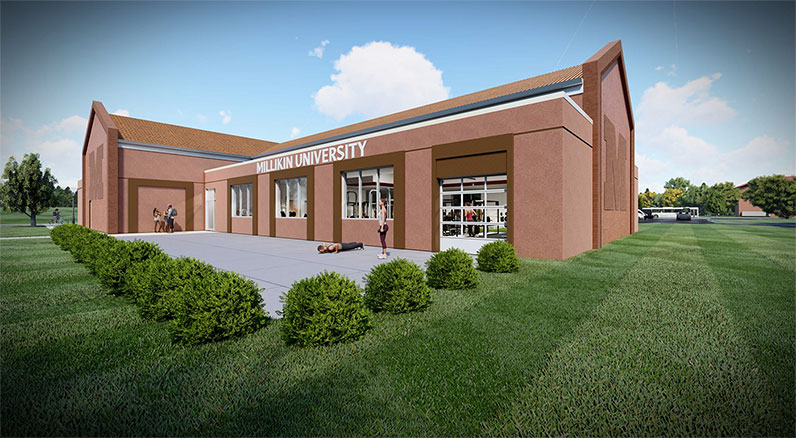 The new athletic facility will feature 120 lockers and the ability to convert into two separate locker rooms with 60-locker spaces. This project serves as the first phase of Millikin University's Athletic Facilities Expansion and Renovation capital initiative.

"This initiative continues Millikin's forward-thinking momentum and adds to the outstanding physical transformation we have seen on campus over the last few years, including the Workman Family Baseball Field and the Center for Theatre & Dance," said Millikin President Dr. Jim Reynolds. "Millikin Athletics programs serve as a great source of pride for the University, the surrounding communities and beyond. The support we have seen from alumni and friends of the University for this initiative not only shapes the future of Millikin Athletics, but will benefit the University's enrollment efforts and the entire community."

Millikin Director of Athletics Dr. Craig White added, "There is no doubt that additional locker room space is needed for our athletic programs to continue to grow and thrive. The construction of this new facility will solve several existing issues while also allowing Millikin to host College Conference of Illinois & Wisconsin (CCIW) and NCAA competitions." 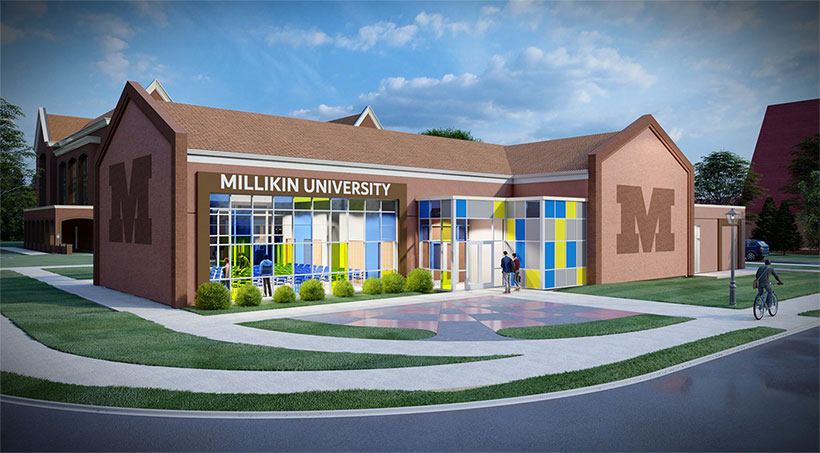 The new athletic facility will alleviate congestion in the Griswold Physical Education Center, while meeting the needs of Big Blue football and men's and women's track and field teams.

"Facilities are an important part of Division III athletics. Competing on an athletic team is a passion for many students in higher education throughout the country," said White. "Millikin is fortunate to be a part of one of the most respected Division III conferences in the country with membership in the CCIW. The improvements to athletic facilities will allow Millikin Athletics to experience facilities equal to that of other members in this great conference, which will be more attractive to both incoming and current students and ultimately lead to more success on the field and in the classroom."

This project is made possible from paid gift funds, including a generous leading gift from David and Debbie Rathje. To date, $3.7 million has been committed to the $6.7 million project. 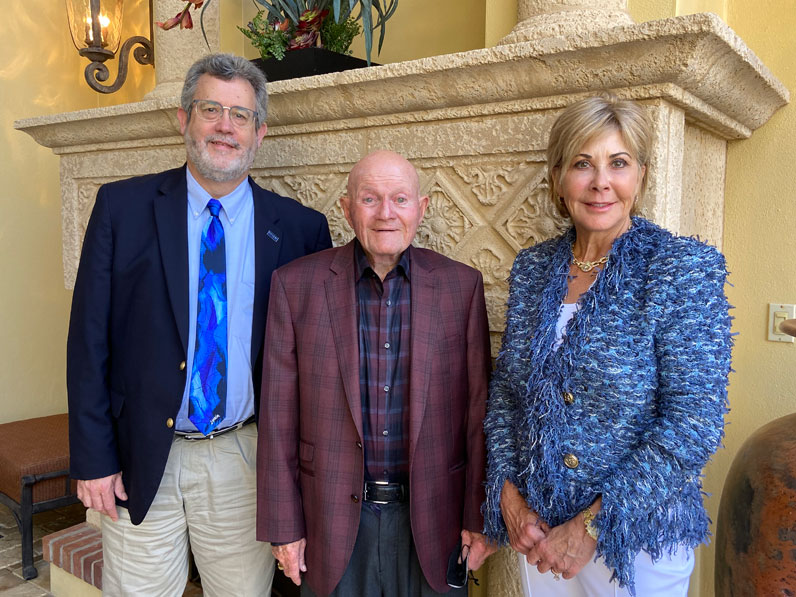 David Rathje, Class of 1958, is founder and chairman of Rathje Enterprises Inc., d/b/a Bodine Electric of Decatur, which also includes The Kelly Group. The companies employ more than 1,400 workers. Rathje purchased the existing Bodine Electric in 1965 and has since grown the company to have divisions in electrical contracting, electrical wholesale, electro-mechanical repair, electrical service and communications in Decatur, Champaign and Danville, Ill. During the 1980s, Rathje founded The Kelly Group, a Midwest company specializing in general contracting, contract maintenance and heavy and precision metal fabrication, with offices in Decatur, Lafayette, Ind., West Memphis, Ark., and Reserve, La.

A faithful Big Blue supporter, Rathje has contributed to Millikin's "Advancing the Vision" and "Transform MU" capital campaigns. He has established an endowed scholarship and has also made leadership-level contributions to the University Commons building project and several memorials. He has earned recognition on the Wall of Philanthropy for his lifetime giving.

Rathje was the recipient of Millikin University's 2015 Merit-Loyalty Award for his contributions to the Decatur and Millikin communities as a business leader and philanthropist. In addition to his support of Millikin, Rathje has served faithfully throughout the Decatur community as a board member for First National Bank of Decatur, Gildorn Savings and Loan, Country Club of Decatur, United Way and the Decatur Gun Club, where he also served as president. He is a registered engineer in the states of Illinois and Kansas and a member of the American Institute of Plant Engineers (AIPE), where he served as president of Chapter 126 in 1980. For his outstanding accomplishments, Rathje received AIPE's Engineer of the Year Award in 1986.

"We very much believe in giving back to your community, which is one of the reasons why we chose to support this building project," Rathje said. "As someone that was born and raised in Decatur, we want to see the community and Millikin University thrive. We believe that the addition of on-campus athletic facilities aids in the recruitment of student-athletes and also increases the enjoyment of campus life for all students."