Seven distinguished individuals to be honored at 2021 Homecoming Celebration

Seven distinguished individuals to be honored at 2021 Homecoming Celebration

This October, during Millikin University's 2021 Homecoming Celebration, the University will honor seven distinguished individuals with this year's Millikin Alumni Awards. 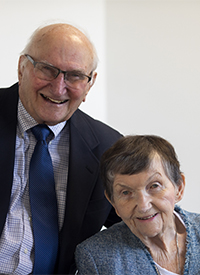 Both Dick and Marilyn are joyfully retired and enjoy life in Decatur, Ill., attending many music and fine arts events at Millikin, as well as leading philanthropic causes that are near to their heart. Dick had a successful professional life in sales and dabbled successfully in various ventures. Marilyn had a very successful business career with a pharmaceutical company. One year of chemistry at Millikin set her up for a lifetime of success professionally. Marilyn was also the head women's golf coach at Millikin from 2001-14.

As students at Millikin, Marilyn won the Consolation Championship Bracket in the Women's Intercollegiate Golf Tournament hosted by The Ohio State University in 1952. Dick was the junior class vice president, was a member and proud president of Sigma Alpha Epsilon and served on the student council and the Decaturian's sports staff.

Marilyn was voted College Conference of Illinois & Wisconsin (CCIW) Coach of the Year in 2014 and was inducted into the Illinois Women's Golf Hall of Fame in 2015. Dick was recognized by the Court Appointed Special Advocate (CASA) for serving as president and as a member of the Board of Directors. 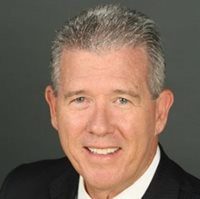 Alumnus of the Year

Harrington was named the 2017 Nashville Business Journal CFO of the Year and received the 2019 Nashville Business Journal Lifetime Achievement Award. He served on the Millikin Board of Trustees from 2010-19. Tom and Cordia were an integral part of the development of Millikin's Workman Family Baseball Field by providing a generous gift toward the $5.4 million project. 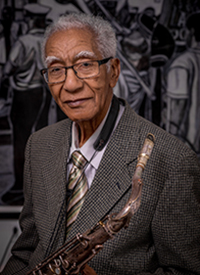 Internationally acclaimed saxophonist Sir Edward "Kidd" Jordan is one of the true master improvisers who still performs at age 86. According to Indie Jazz, Jordan is "probably, the single most under-documented jazz musician of his generation, though … one of the busiest in the world." A multi-reedist, he plays the baritone, soprano, C-melody, and sopranino saxophones, as well as the contrabass and bass clarinet.

For more than 50 years, Jordan has shared his gifts and passion for music. Serving as an educator for 34 years, Jordan retired in 2006 as the chairman of the jazz studies program at Southern University in New Orleans, La. Notably, he continues to serve as the artistic director of the Louis "Satchmo" Armstrong Summer Jazz Camp since its 1995 inception.

Jordan holds a bachelor's degree from Southern University, a Master of Music from Millikin University, and attended post-graduate summer studies at Northwestern University where he studied with Dr. Frederick L. Hemke. On May 13, 2017, Jordan received an Honorary Doctor of Music from Loyola University. In 1985, the French Ministry of Culture recognized him as a Knight (Chevalier) of the Ordre des Arts et des Lettres, the nation's highest artistic honor given by the French government. He earned two Lifetime Achievement Awards, one from OffBeat Magazine for Music Education and from the Vision Festival XIII (New York City). The Jazz Journalist Association awarded Jordan their Jazz Hero award in 2013. His music contributions have also been documented on CBS' 60 Minutes.

Dr. Ngozi Onuora is an associate professor in the Millikin School of Education. She teaches literacy courses in early childhood and elementary education, such as Children's Literature and Reading Methods. Her research interests focus on multicultural representation in children's literature and graphics. Known as "Dr. O" on campus, she also serves as chair of the African American Studies minor, teaches in the Honors Program, and serves as co-director of the Long-Vanderburg Scholars Program. Dr. Onuora earned a Doctor of Education in Curriculum and Instruction from the University of Illinois at Urbana-Champaign. 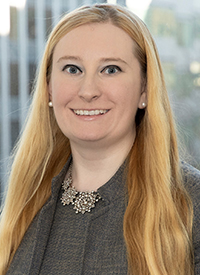 While at Millikin, Osborne majored in political science and international & global studies and minored in French. She was involved in Alpha Chi Omega, Alpha Phi Omega, Service-Learning Scholars, Model United Nations, the Student Activity Fee Allocation Committee, Order of Omega, and Pi Sigma Alpha. After graduating in 2009, Osborne earned a full scholarship to attend graduate school at Georgetown University, where she earned a Master of Arts in Security Studies.

Angela and her husband, Welsey Huang, are the proud parents of their daughter, Hermione. 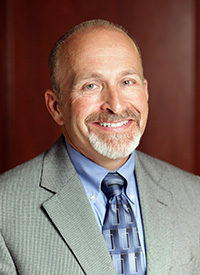 Now retired, Dr. Rentfro most recently served as an associate professor of accounting at the University of Tampa. His teaching and research interests focused on the financial reporting of corporations and governments and the factors that influence such reporting. Dr. Rentfro's most recent research activities centered on state and local governments. In 2010, he and two colleagues received a grant from the Governmental Accounting Standards Board (GASB) to examine the need for disclosures of tax abatement activities by local governments.

Dr. Rentfro began his career at Caterpillar Inc. in 1978 and held various positions until he left to join Decatur Memorial Hospital in 1986 as its controller. In 1990, he began his faculty career at Millikin as an assistant professor of accounting. He later assumed the responsibility for being the director of Institutional Research and Assessment and chair of the Department of Accounting and Management Information Systems. In 1996, he moved to Florida to join Florida Atlantic University as a graduate teaching assistant and research assistant, upon finishing his doctorate, was promoted to assistant professor of accounting. In 2005, he joined Nova Southeastern University (NSU), where he taught in the undergraduate and graduate programs. Dr. Rentfro also chaired four dissertations for students in the Doctor of Business Administration Program at NSU. In 2011, he left Nova Southeastern to join the University of Tampa as an associate professor of accounting.

Dr. Rentfro's professional work has been recognized with numerous awards, such as the Distinguished Research Award from the Academy of Marketing Studies and the 2010 National Author Award from the Association of Government Accountants. He is a three-time Accounting Professor of the Year award recipient at Florida Atlantic University.

Dr. Rentfro and his husband, Dr. Ron Lennon, are strong supporters of the Florida Cultural Group, which owns and operates the Manatee Performing Arts Center in Bradenton, Fla. Ron has served on the Board of Directors for nine years and has been the board chair for the last three years. Randy serves on the finance committee and volunteers in the box office.