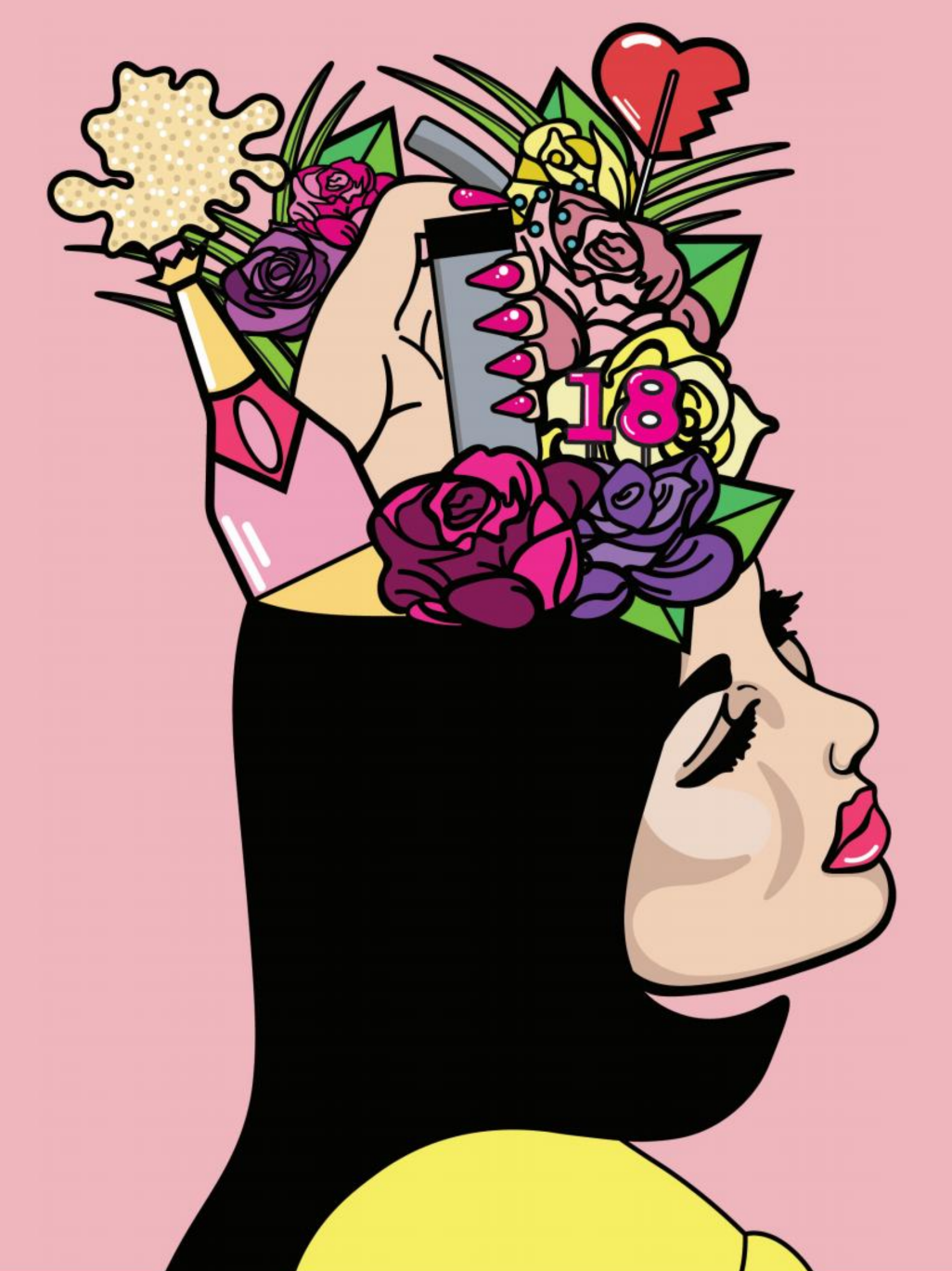 This year, Millikin students submitted their work in the American Advertising Federation Northern Illinois regional competition and received one Gold ADDY, two Silver ADDYs and two Bronze ADDYs. A Gold ADDY recognizes the highest level of creative excellence. Entries that are also considered outstanding and worthy of recognition receive a Silver ADDY. The judging rubric was advertising centric with a high appreciation for visual and audio form.

Claire Eppley, a junior arts technology major from Springfield, Ill., won a Silver ADDY for her editorial illustration "You'll Go Far Little Me," (pictured above) which was originally created for BURST magazine. 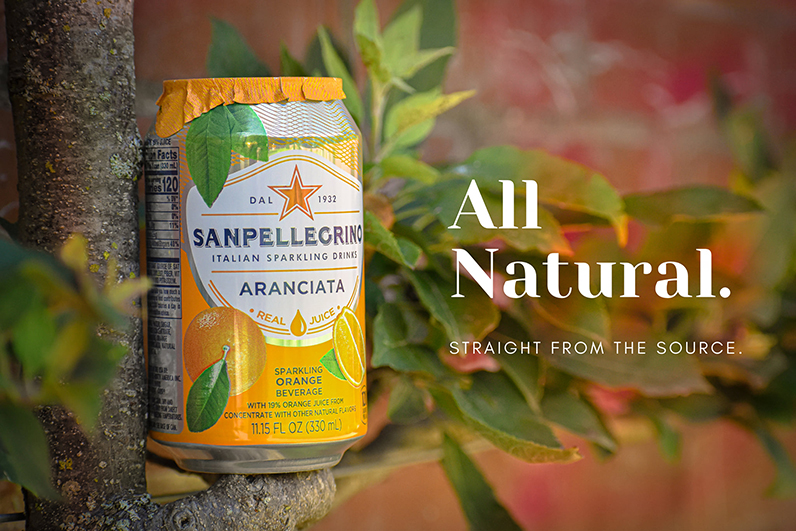 Kade Nylen, a junior arts technology major from Naperville, Ill., won a Silver ADDY for storytelling and illustrations he created for a comic book style narrative.

"We've been competing in the American Advertising Awards since 2016 and every year we've won awards. This particular year was very challenging in the group projects, which included BURST Magazine … a full collaboration between a group of writers and designers. The other big group project was the 1901 Productions video art piece which came out because of the COVID-19 pandemic," Wilcoxen said. "It was great to see students bring about the technology and creative skill, and it really shows the type of students we have at Millikin and the type of students involved in our student-run ventures." 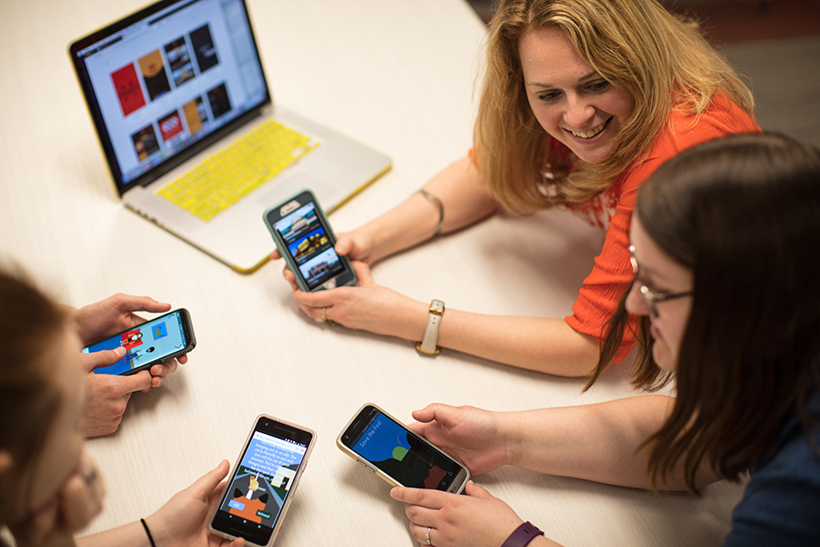 Works submitted for ADDY Awards are judged first at regional competitions and are scored by outside judges on a rubric. Because they received Gold and Silver ADDY Awards, the work of 1901 Productions, Claire Eppley and Kade Nylen automatically moves on to the district competition where they will compete among students from Illinois, Indiana and Michigan. District ADDY winners compete in the national stage of the American Advertising Awards.

Kade Nylen's awarding-winning comic book narrative, "A Coming Storm," was created as part of a class assignment that involved making scripts and passing them off to a partner to illustrate in graphic novel form. Zachary Cook, a junior arts technology major from Taylorville, Ill., wrote the story, which combines genres of science fiction and western. 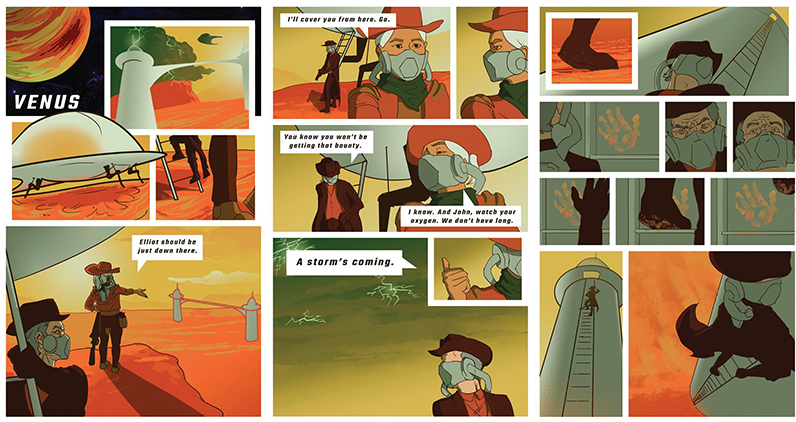 "I was glad to have won the award since I put a lot of work into the piece and it's great to get that effort applauded," Nylen said. "Millikin arts technology course assignments have given me opportunities to create professional level pieces and really throw myself into the process. Class critique sessions also allow me to hone my verbal skills in a professional environment and get valuable feedback from peers and professors."

Nico Mho, a junior arts technology major with a video production and cinema concentration, served as editor on the Halloween Concert video project.

"I was thrilled and really proud of us especially since it was our first project as a venture," Mho said. "We first started off by brainstorming some ideas as to what type of story would fit well with the music, and once that was done there were a couple of individuals on the creative side that fine-tuned the short. As editor, I was one of the main people putting the story together while also coloring it to give it that final touch that really emphasized the emotion of the whole short. Everyone worked so well together, and it is something that will hold our expectations high for many projects to come."

A native of Mount Prospect, Ill., Mho says 1901 Productions gives him the opportunity to practice as an editor and understand more about his style. "I hope to continue editing in my career but 1901 has also taught me that I love being on set and involved with such fun projects," he said. "It has also made me realize that with the right group of people, projects like these become a hobby rather than a job, and that right there is why I love what I do at 1901 and hopefully in the future as well."

For more information about the ADDY Awards, visit aaf.org.

Students in Millikin University's Arts Technology & Administration Department learn the creative skills and technology to make digital media or perform in one or more of the arts disciplines. Students also learn business tools such as management, marketing and entrepreneurship in preparing to become a creative partner or administrator in an arts business. For more information, visit millikin.edu/arts-technology-administration.