Millikin University student attorneys took home top honors at the 2021 Model Illinois Government (MIG) Moot Court Competition held Feb. 26-27. In light of the COVID-19 pandemic, the competition was held virtually on Zoom with preliminary rounds held on Feb. 26 and the finals on Feb. 27.

The MIG Moot Court competition simulates arguments at the Illinois Supreme Court level. During the competition, teams of attorneys argue their case before a panel of student justices and legal professionals. Success within the competition is determined by knowledge of the case fact, presentation skills, legal forensic skills and logical arguments. In addition to oral arguments, student attorneys have the opportunity to write a legal brief on the case fact pattern and submit them for comments by legal professionals.

The simulation helps pre-law students with preparing for professional school by helping them understand the process of legal proceedings and allowing for them to attain legal skills, including but not limited to case analysis, synthesis of cogent arguments, advocating for a client, and writing and speaking effectively. 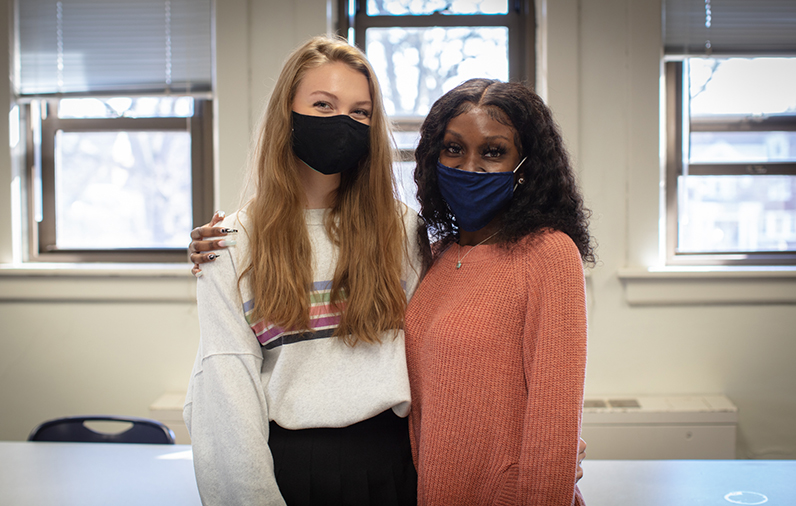 From left to right: Hannah Prochnow and Reena Riley

"Our students did outstanding work both preparing for the competition and over the course of the two-day competition itself," said Dr. Robert Money, chair of the Philosophy Department, director of Pre-Law and director of Moot Court at Millikin. "With the competition being virtual, this presented our students with a very challenging set of circumstances, but it also provided them with the opportunity to do exactly what legal practitioners have been forced to do – adjust, adapt and continue delivering legal services to their clients." 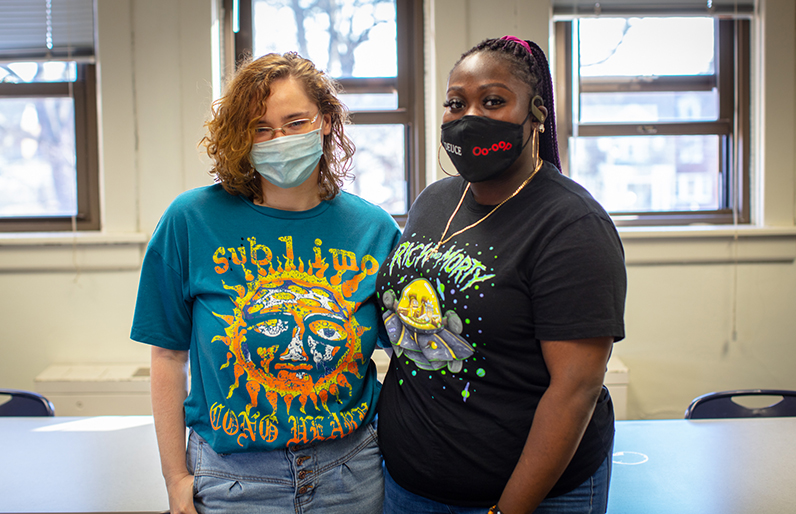 From left to right: Christina Hoving and Oluwafunke Odufuwa

Reena Riley said the final round experience was comforting because of all the preparation the students did leading up to the competition.

"We already knew what to expect once the final round started," she said. "Model Illinois Government did a great job of organizing everything and making sure the event went as smoothly as possible."

During the finals, both teams argued a case centered on a First Amendment violation on the platform of Facebook. "It presented its own challenges because constitutional precedent doesn't talk about online social media platforms. It made it relevant to the current times, but we were able to connect this case back to previous cases that had agreed upon what the same kind of rules and regulations we should be following on a social media platform in regards to constitutional law," said Hannah Prochnow.

For Oluwafunke Odufuwa, who plans to attend law school after graduating from Millikin, the Moot Court competition was the perfect practice run for the future attorney. "It gave me an idea of the type of work I need to do and how I need to organize my arguments. It was a great experience," she said.

Dr. Money noted, "Overall, our students worked extremely hard in advance of and during the competition to construct and deliver sophisticated legal arguments. Their work and discipline in the face of the challenges posed by the pandemic are particularly worthy of note. The results speak for themselves. It is an honor to work with such bright and motivated students."