Medea is a wife, a mother and a powerful sorceress. When her husband, Jason, abandons his family for a new life, Medea faces banishment and separation from her children. With only 24 hours to act, she exacts an appalling revenge that will destroy everything she holds dear.

Written by Euripides, the play has been explored and interpreted by playwrights across the centuries and the world in a variety of ways, offering political, psychoanalytical, feminist, among many other original readings of Medea, Jason and the core themes of the play.

"He (Jason) leaves his wife and mother of his two children and marries the king's daughter," said director Shad Willingham, adjunct faculty member at Millikin.

The director and cast wanted to bring the story to the stage because of its dramatic plot but also as a focus on mental health.

Taylor Porter, a senior theatre major from Galesburg, Ill., who plays Medea, spent her summer researching the character. "This is the only way I can get back at him, to feel better and continue with life," Porter said about the character in an interview with the Herald & Review. "I hope to convey empathy. We are playing with undiagnosed mental illness. I want the audience to see the thought process." 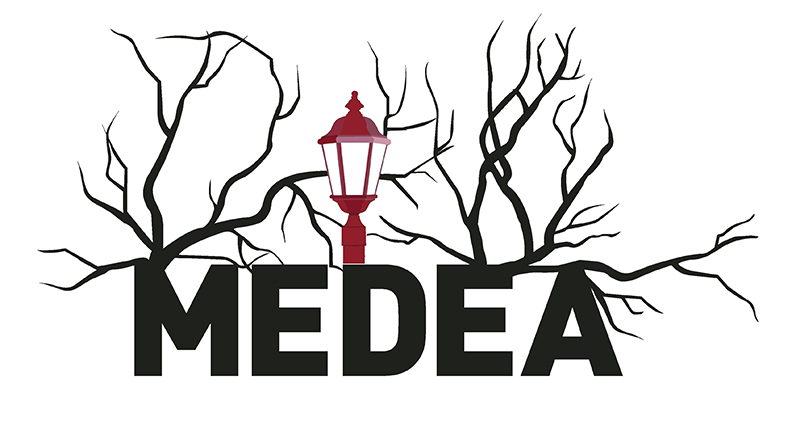 Willingham noted that to help explain Medea's mental capacity, a chorus of women will surround her on stage during the performance. "No one but Medea can hear them," he said. "We are no longer calling it chorus anymore, because it is not a musical. That is why we are calling it the psyche."

The cast wants the audience to walk away from the play with the knowledge they would never take the actions Medea took, but with an understanding.

"In this post-Victorian time, they didn't know any more about mental illness than they did 2,000 years ago," said Willingham.

Single ticket prices for the performance are $12-14 and student tickets are $10. Tickets may be purchased at the Kirkland Fine Arts Center Ticket Office, by phone at 217.424.6318 or online at kirklandfinearts.com. A $2.50 fee will be charged for credit card purchases. This is a per transaction fee, not per ticket, and applies to online and Ticket Office orders. Kirkland Ticket Office hours are Monday – Friday from 10 a.m. – 5 p.m.

Millikin Children's Theatre Program offers a creative...
Millikin named among Most Desired Schools of the Last Decade
Behind the Curtain: "The Pirates of Penzance"
Millikin to offer new Cybersecurity major
Alex Covington named PTR Young Professional of the Year