Millikin School of Theatre and Dance breathes its own life into "Chicago: The Musical"

Millikin School of Theatre and Dance breathes its own life into "Chicago: The Musical"

Millikin University's School of Theatre and Dance is continuing its 2019-20 performance season with Broadway's longest-running American musical, "Chicago." The show will run Friday, Nov. 15 and Saturday, Nov. 16 at 7:30 p.m., and Sunday, Nov. 17 at 2 p.m. All performances will be held at Kirkland Fine Arts Center on Millikin's campus.

"Who says that murder's not an art?" The Cook County Jail gets turned on its ear when Roxie Hart and Velma Kelly vie for the attention of the slick, hot-shot lawyer, Billy Flynn in an all-in game of survival of the fittest. Which of these merry murderesses will come out on top in this dazzling, jazz-age musical?

Millikin student Maura Fawley, a senior from Carbondale, Colo., is starring as Roxie in Millikin's rendition of "Chicago." With opening night fast approaching, Fawley is ready for the production to get underway. 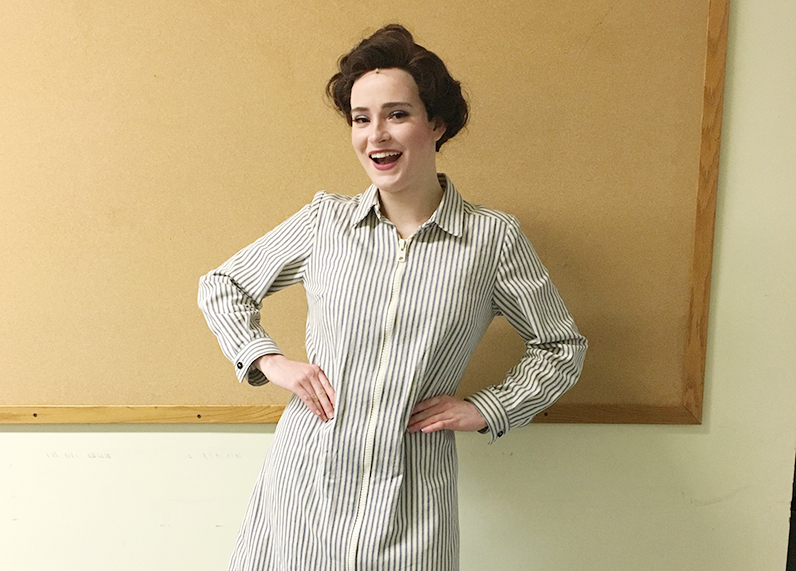 "I'm excited for the production of 'Chicago' because it's such a classic in the musical theatre world, but the School of Theatre and Dance is breathing its own life into the production," said Fawley.  "The design, direction and cast are all coming together to present this incredible show."

"Chicago" is the 1975 Tony Award nominee for Best Musical, Best Book of a Musical and Best Original Score, and the winner of the 1997 Tony Award for Best Revival of a Musical. The musical was made into a hit movie in 2002, starring Renée Zellweger, Catherine Zeta-Jones and Richard Gere.

"Chicago:  The Musical" is based on a 1926 play of the same name by reporter Maurine Dallas Watkins and is about the criminals and crimes she reported on. The show first opened on Broadway at the 46th Street Theatre in New York City on June 3, 1975.

"Being based on true events and people in the 1920s, I think it's interesting to see how the dynamics of Chicago and the world then, can apply to today," Fawley said. "The women of murderess row are just trying to make it out alive in the cutthroat world they are in – I think there is some inspiration in this."

In the Roaring Twenties, Roxie Hart murders a faithless lover and convinces her hapless husband, Amos, to take the rap. Amos later turns on Roxie after discovering he has been duped. Convicted and sent to death row, Roxie and another "Merry Murderess," Velma Kelly, vie for the spotlight and the headlines, ultimately joining forces in search of the "American Dream" – fame, fortune and acquittal.

Hope Klessig, a senior from Brillion, Wis., who is playing Velma Kelly, says "Chicago" is everything you want in a musical - a complete spectacle. "There's comedy, there's big dance numbers, the set is incredible, the costumes are stunning and the lights are spectacular," said Klessig. "I'm humbled to be a part of such a talented cast and artistic team. We've had so much fun performing and learning from each other while creating this show."

The show is directed by Sean Morrissey, artist-in-residence at Millikin University.

Single ticket prices for the performance are $18-24. Tickets may be purchased at the Kirkland Fine Arts Center Ticket Office, by phone at 217.424.6318 or online at kirklandfinearts.com. A $2.50 fee will be charged for credit card purchases. This is a per transaction fee, not per ticket, and applies to online and Ticket Office orders. Kirkland Ticket Office hours are Monday – Friday from 10 a.m. – 5 p.m.