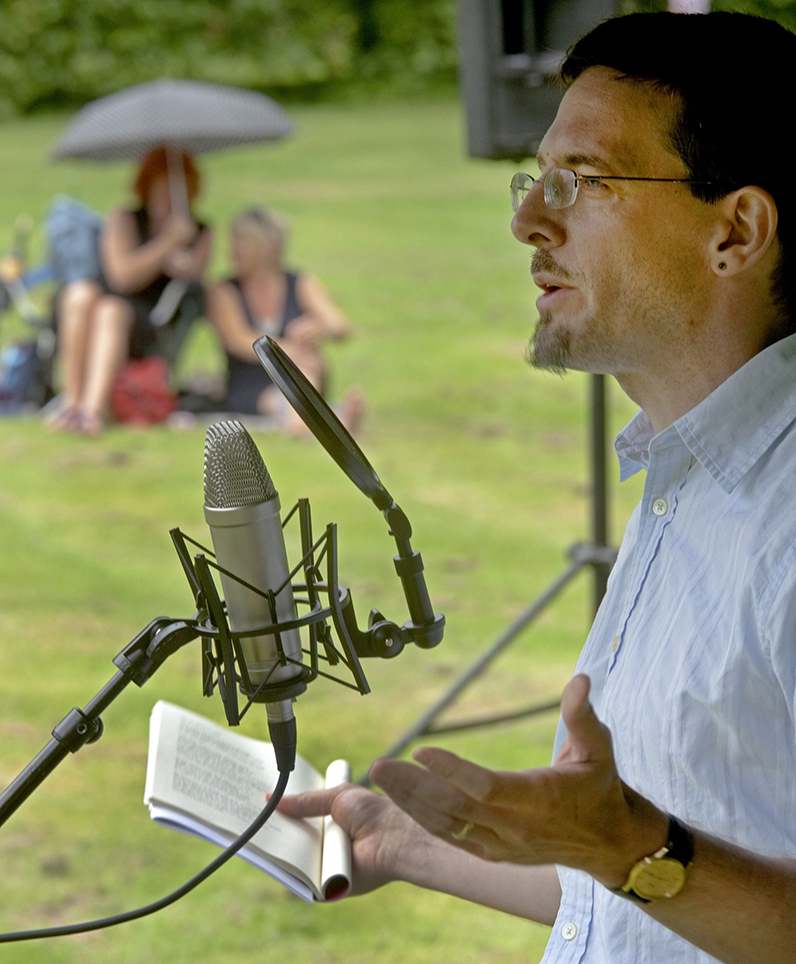 According to Dr. Stephen Frech, professor of English at Millikin University, it takes time to discover what a poem is trying to be–a method that helped him formulate his latest poetry chapbook, "Into Night's Tent" (River Glass Books 2020).

"Into Night's Tent" contains seven poems including three longer sequences which are poems comprised of several shorter lyric poems. The title poem, "Into Nights Tent," is a sequence of eight short lyrics, each of them in the voice of someone longing for sleep: "The Depressive Longs for Sleep," "The Insomniac Longs for Sleep" and "The Miner Longs for Sleep."

"Sequences like this take a long time to develop, not only to generate the material, but also to find some meaningful order of the content," said Frech. "It takes time to discover what a poem is trying to be–in this way, writing is more about listening than about speaking."

"Into Night's Tent" is Frech's sixth poetry publication, including four chapbooks, one full-length collection and a book of translations. His four chapbooks include: "Toward Evening and the Day Far Spent" (Kent State University Press) which won the 1995 Wick Poetry Chapbook Contest, "If Not For These Wrinkles of Darkness" (published in 2001) which won the White Pine Press Poetry Prize and "The Dark Villages of Childhood" which won the 2008 Mississippi Valley Poetry Chapbook Prize. His fifth volume titled "A Palace of Strangers Is No City," a sustained narrative of prose poetry/flash fiction, was published by Cervena Barva Press in 2011, and his translation from the Dutch of Menno Wigman's book of poems "Zwart als kaviaar/Black as Caviar" was published in 2012.

For his newest chapbook, Frech hopes readers "see some of themselves in these poems."

"Rambles at the creek growing up, friends' voices that fade in memory, the difficulty of truly knowing (oneself and others) and the thrill of discovery in all these things," he says. "The poem 'Horse & Rider' says: "We are allowed into the privilege of some moments.' I hope the poems provide similar entry for readers into these experiences." 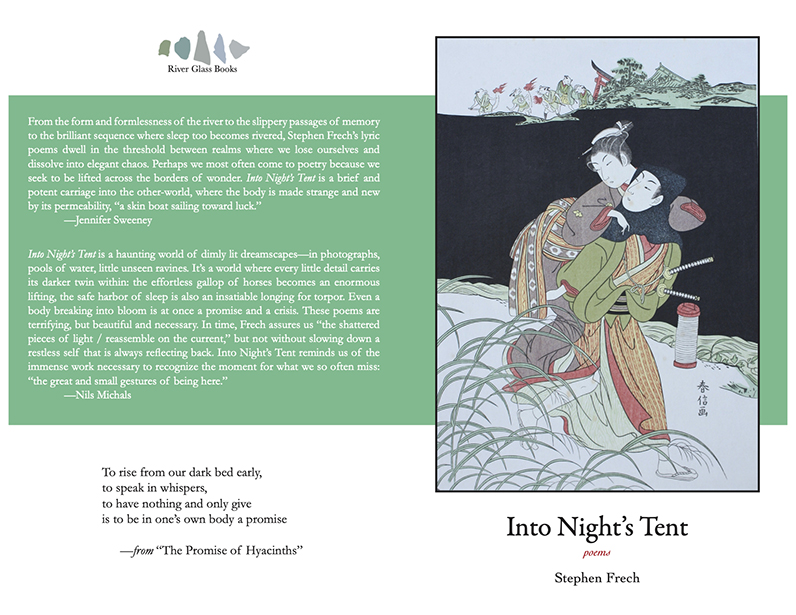 Poet and writer Jennifer Sweeney describes "Into Night's Tent" as a "brief and potent carriage into the other-world, where the body is made strange and new by its permeability, 'a skin boat sailing toward luck.' Stephen Frech's lyric poems dwell in the threshold between realms where we lose ourselves and dissolve into elegant chaos."

Frech's inspiration behind "Into Night's Tent" comes from his interest in the ways people try to understand and capture their lives.

"I was surprised how many artists are mentioned or alluded to in the book: Picasso, Marino Marini, Muybridge, cave paintings," said Frech. "I'm always curious about the natural world around us. So the poems are often at that threshold between the natural, organic world and an interior one. We inhabit both." 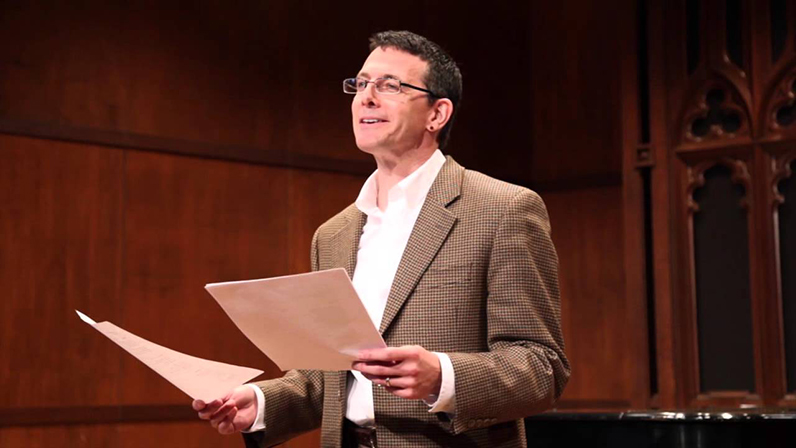 As an invitation to readers, Frech draws attention to the last lines of the chapbook collection:

We have nets to mend,

and a line from a poem I love

is playing over and over again in my head.

"I hope there are lines from this book that play over and over for readers," he said.

From more information on "Into Night's Tent" visit riverglassbooks.com/product/intonightstent.

Stephen Frech has earned degrees from Northwestern University, Washington University in St. Louis and the University of Cincinnati. He has published four volumes of poetry: "Toward Evening and the Day Far Spent" (Kent State University Press) won the 1995 Wick Poetry Chapbook Contest, "If Not For These Wrinkles of Darkness" won the White Pine Press Poetry Prize, published in 2001, "The Dark Villages of Childhood" won the 2008 Mississippi Valley Poetry Chapbook Prize, and "Into Night's Tent" (River Glass Books 2020). He has a fifth volume titled "A Palace of Strangers Is No City," a sustained narrative of prose poetry/flash fiction, published by Cervena Barva Press in 2011. His translation from the Dutch of Menno Wigman's book of poems "Zwart als kaviaar/Black as Caviar" was published in 2012. He has been the recipient of the Elliston Poetry Writing Fellowship, the Milton Center Post-Graduate Writing Fellowship, and grants from the Ludwig Vogelstein Foundation and the Illinois Arts Council.

Frech is founder and editor of Oneiros Press, publisher of limited edition, letterpress poetry broadsides. Oneiros broadsides have been purchased by special collections libraries around the world, among them the Newberry Library (Chicago), the Beinecke Library at Yale, and the University of Amsterdam Print Collection.