Dr. Laura Dean, associate professor of political science and director of the Human Trafficking Research Lab at Millikin University, spent the spring 2020 semester in Latvia, conducting field research as part of a Fulbright Scholar fellowship. But it wasn't the first time Dean had taken a deep dive into the history, politics and culture of that region. As an undergraduate, she spent a semester studying in Latvia, an experience that proved instrumental in shaping her life and research — including the work that resulted in her latest book.

"When I first studied abroad in Latvia, I lived near the main street for prostitution, Čaka iela. One evening, while returning home with friends, the women on Čaka Street began yelling things to me, but not knowing Latvian or Russian at the time, I could not understand what they were shouting. Arriving home to my apartment, I asked my landlady about the women and she told me, very matter-of-factly, that they were prostitutes and it was their choice to stand on the street and sell themselves. This thinking symbolizes the Latvian mindset toward prostitution for me, and it was not until many years later that I learned firsthand that this was not the whole story — that many of these women did not have the luxury of choice." 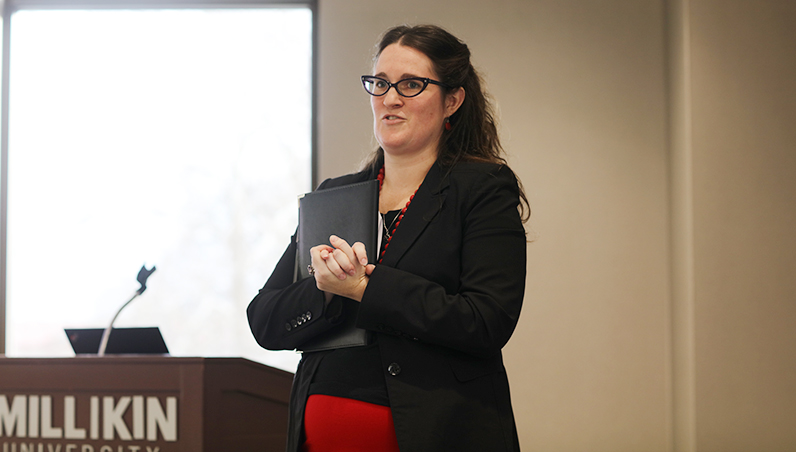 Published by Bristol University's Policy Press, Dean's 2020 book, "Diffusing Human Trafficking Policy in Eurasia," tells another chapter in this story and is based on the results of her extensive field research in Eurasia.

Proficient in both Latvian and Russian, Dean's professional interest in, and advocacy for, the region stretches back almost two decades and includes an effort to debunk common misconceptions about human trafficking. 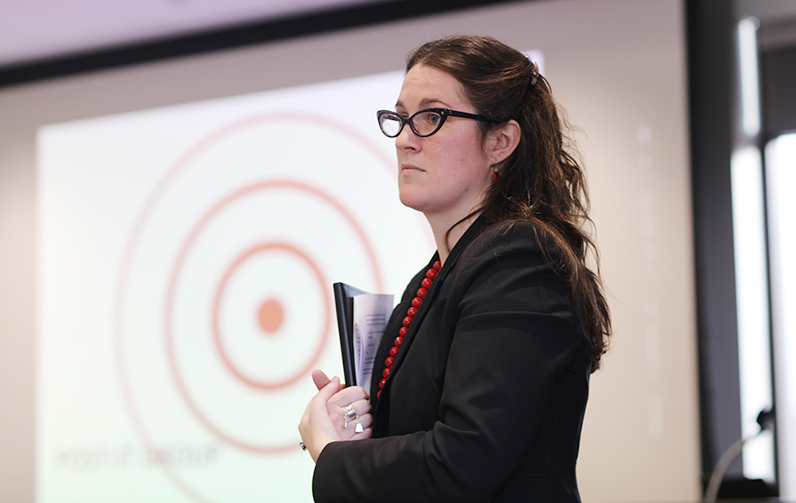 "Human trafficking is a form of gender-based violence in which a commercial sex act, organ removal or labor bondage is induced by force, fraud or coercion. ... One of the biggest misconceptions is that human trafficking includes only sex trafficking. Eurasia is synonymous for sexual exploitation and our region even has a stereotype of female victims of sex trafficking, dubbed 'Natashas' because of their seemingly similar Slavic features. ... Women and girls account for 72% of global human trafficking victims identified, but almost 50% of the identified victims in Central Asia were men and boys. So governments need to acknowledge male victims and forced labor by taking a holistic approach to combating human trafficking."

"Diffusing Human Trafficking Policy in Eurasia" has been lauded for its "innovative analysis" and "skillful interpretation" of this complicated and ongoing problem. Dean's inclusion of firsthand accounts of human trafficking victims, as well as her interviews with state officials and policymakers, adds valuable research to the existing human trafficking field. Her book also introduces a new research tool, one that Dean hopes will be used to measure and analyze human trafficking policy around the world. She discussed the implications of this new tool, the Human Trafficking Policy Index, in a podcast interview with the New Books Network:

"This index … ranks the scope of trafficking policy in Eurasia. And so I looked at all of the policies that were adopted in Eurasia, all 135 of them, from 1998 to 2015. … I knew the countries, especially the case studies, had different approaches to trafficking. … I wanted to create this policy index to really show, quantitatively, the differences," Dean said.

At Millikin, Dean's advocacy and research has allowed her students to directly engage with the issue of human trafficking and has resulted in a concerted effort to both raise awareness and provide members of the Millikin community with tools to recognize and combat the problem. When asked how community members can help combat trafficking, Dean had practical advice: 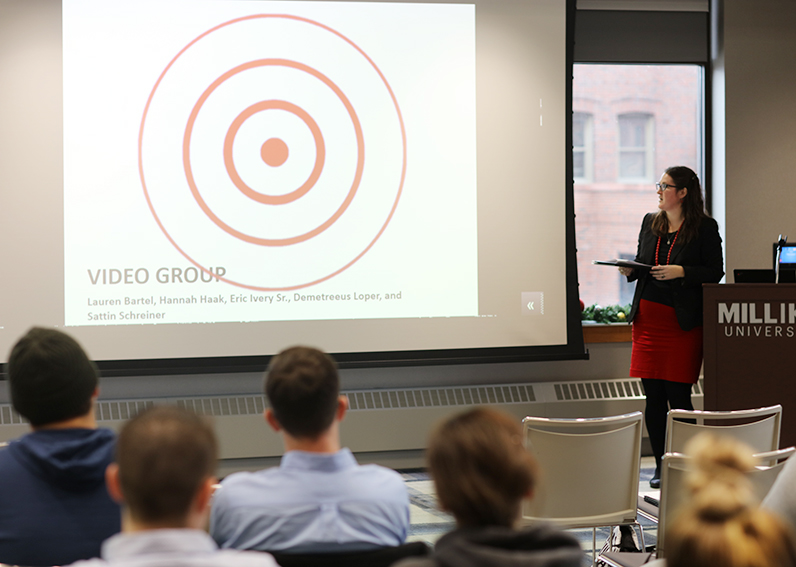 Dr. Dean's research has been supported by the Association for the Advancement of Baltic Studies, American Association of University Women, Social Science Research Council, Fulbright Program, Rotary Foundation, and has appeared in The Journal of Comparative Policy Analysis, Human Rights Review, Journal Teorija in Praksa, and Femina Politica, the Feminist Journal of Political Science. In summer 2016, she was a Title VIII Summer Research Scholar at the Kennan Institute as part of the Woodrow Wilson International Center for Scholars.