"Christmas Star" to be visible this holiday season

"Christmas Star" to be visible this holiday season

On Monday, Dec. 21, 2020, the two largest planets in the solar system, Jupiter and Saturn, will appear closer to each other in a great conjunction that some are calling a "Christmas star." It's been almost 400 years since the two planets were this close and 800 since they were visible in the night sky.

On the evening of closest approach, Dec. 21, the planets will look like a double planet, separated by only 1/5th the diameter of the full Moon. For most telescope viewers, each planet and several of their largest moons will be visible in the same field of view that evening.

The planets regularly appear to pass each other in the solar system, with the positions of Jupiter and Saturn being aligned in the sky about once every 20 years. Some have suggested that the two planets might be a replica of the legendary Star of Bethlehem therefore calling it the "Christmas star." 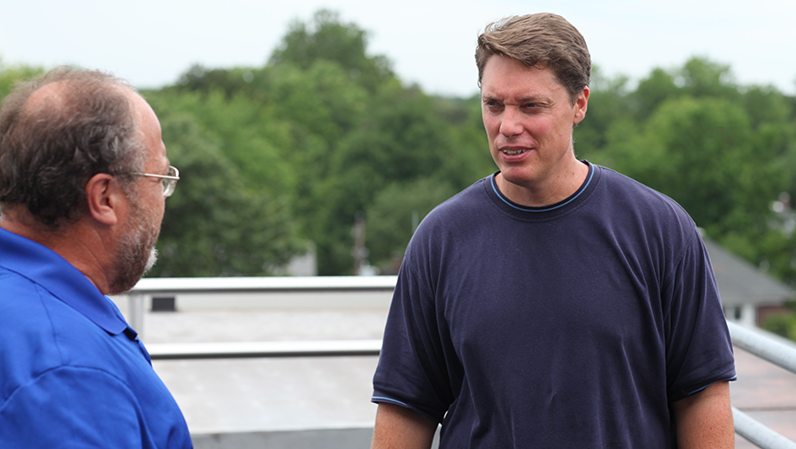 In a recent interview with the Herald & Review, Dr. Casey Watson, professor of physics and chair of the Physics and Astronomy Department at Millikin University, said, "The interesting thing is that there's a planetary conjunction which is thought to be the source of the Christmas star idea. The wise men following a star in the east may have been an actual star, a planetary conjunction or a combination of the two."

According to experts, the best view of the conjunction will be through a telescope, but it will be possible to see it with binoculars or the naked eye, when it will appear as a single bright light. Jupiter is closer to Earth than Saturn, and with a telescope, skywatchers will be able to discern the space between the two, and possibly get a look at some of Jupiter's moons as well.

For skywatchers, Watson says to find the crescent moon and look below and to the right of it to find the conjunction.

"If you just look with your eyes or probably even with binoculars, you won't see anything more than a bright dot, and the brightness will be dominated by Jupiter," he said. "It's twice as close as Saturn is to us."

Light pollution such as streetlights, businesses, car headlights and such, will make it difficult to spot. The best idea is to go away from city lights into the countryside and get a clear view of the southwestern horizon.