A Look Back at Millikin's "Synergy" Concert

A Look Back at Millikin's "Synergy" Concert

Each year, the concert synergizes the fine art of percussion music with an outside construct as it seeks to highlight the fusion of music and the interdisciplinary connections in the world around us.

This year's concept began to take shape with the selection of music that had some elements of connection to the natural world and organically evolved to include reflections on climate. 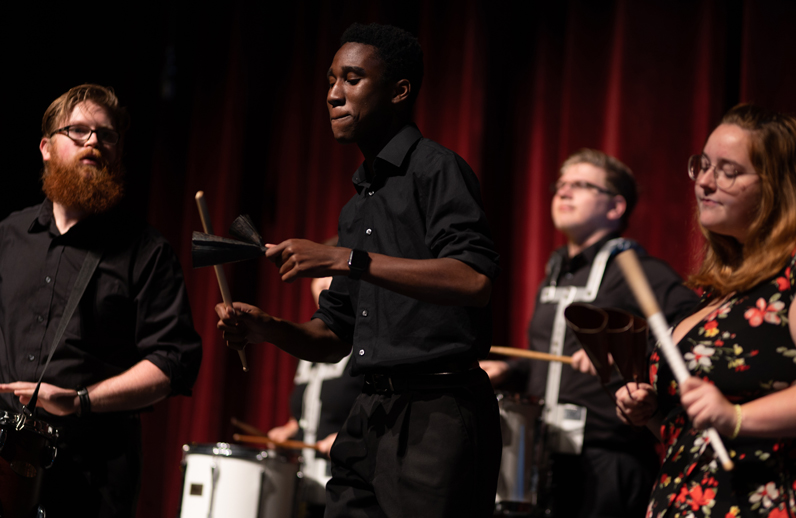 Concert pieces ranged from compositions inspired by the beauty of rivers, the Northern Lights and the deserts of the southwest, to a futuristic piece about imaginary visitors to earth appalled by the insensitive nature of 21st century human behavior as it relates to the planet.

The concert concluded with the world premiere of Matthew Coley's "Rivers of Rage" concerto, a commissioned piece that allowed for collaboration between the University's Percussion Ensembles and the Heartland Marimba Quartet (HMQ).

The HMQ — comprised of Coley, Christina Cheon, Michael J. Jones and Joe Millea — rehearsed with the ensembles, performed in the concert and recorded the piece in Millitrax, Millikin's recording studio.

"Bringing in a quartet of guests artists is something that we haven't done in a very long time," said Brunk. "That was the unique thing about this concert."

Previous concerts have featured the synergy of percussion with architecture, machinery, theatre and dance, behavioral sciences and athletics, to name a few. The concert design "tends to range from experimental to more traditional," said Brunk. 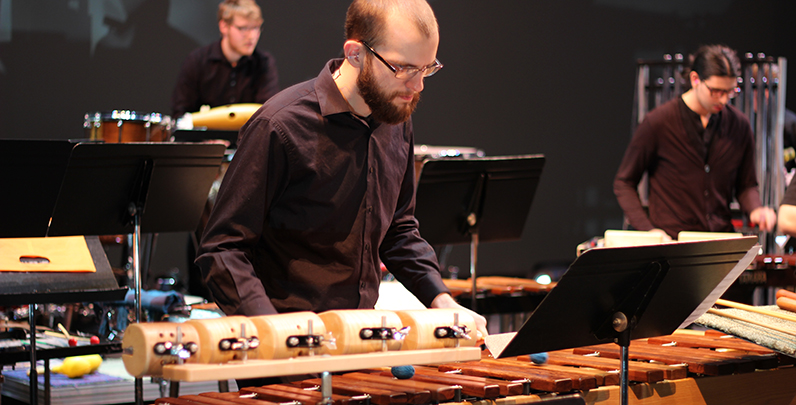 Unique facets of the concert have included the use of airplane propellers for percussion purposes, improvising a score based on brainwaves recorded in psychological experiments, and bringing the University's wrestling team on stage for a demonstration of their skill set to music.

The Millikin Chamber Percussion Ensembles, under the direction of Dr. Brunk and Professor Villarreal, carry on a tradition of excellence in performance, recording and commissioning concert repertoire for percussion.

Under the leadership of Brian Justison, director of the Millikin School of Music, from 1999-2017, the ensemble won the 2003 Percussive Arts Society International Percussion Ensemble Competition and was selected to perform at the 2008 PASIC Focus Day session. In 2013, the group was awarded a Downbeat Student Music Award for "Best Classical Group." Performances at numerous regional music festivals are also part of their activities. Additionally, their debut CD, "Best Kept Secret," received laudable reviews from both Gramophone Magazine and Percussive Notes. The group has premiered more than 20 new works, including four such premieres at PASIC showcase concerts. They released their second CD in the fall of 2012 comprised solely of works premiered by the ensemble. 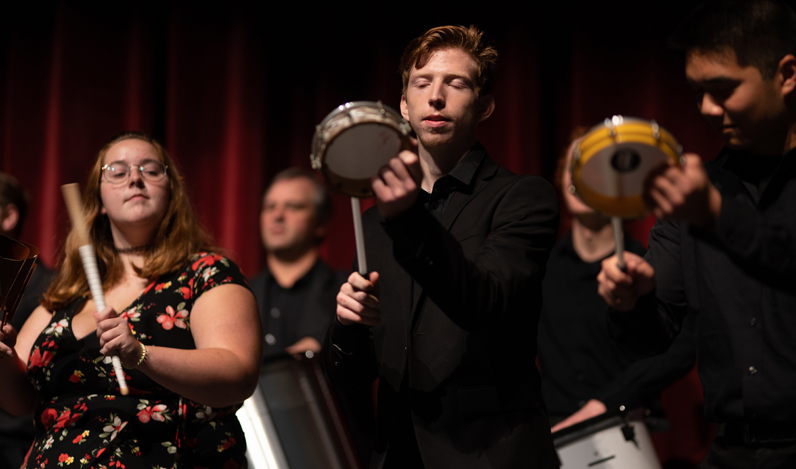 Each year, the Percussion Ensembles present a concert season beginning with the ever-popular Halloween concerts. Following the annual Synergy performance in February, the performance season ends in April with the Masterworks concert showcasing the depth and breadth of contemporary percussion chamber music through a program featuring works by leading composers.

*Synergy was partially sponsored by a grant from the National Endowment for the Arts, the Illinois Arts Council Agency and the Decatur Area Arts Council.