Inside, Outside and In-Between: A newly created play for children

Inside, Outside and In-Between: A newly created play for children

Millikin's Studio Series begins with a newly created play for children titled "Inside, Outside and In-Between." The production runs Saturday, Oct. 26 to Sunday, Oct. 27 with performances starting at 1 p.m. at Albert Taylor Theatre located in Shilling Hall on Millikin's campus.

Co-produced with the Golden K (Kiwanis), the production for children playfully discovers many ways to enter and to exit situations, and when in-between can be just right. Stories are presented in four separate scenes with musical performances introducing each.

In an interview with the Herald & Review, Taylor Ekart, a sophomore theatre major from Bismarck, N.D., said, "We played with the idea of inanimate objects having power over us. We had a lot of fun."

Items such as a hula hoops, pop-up tents and parachutes are used during the performance to create each story. The concept of the musical is based on fairy tales, and in creating the play, the writers and cast members worked together to come up with a title for the show. The best ideas were used to form "Inside, Outside and In-Between." 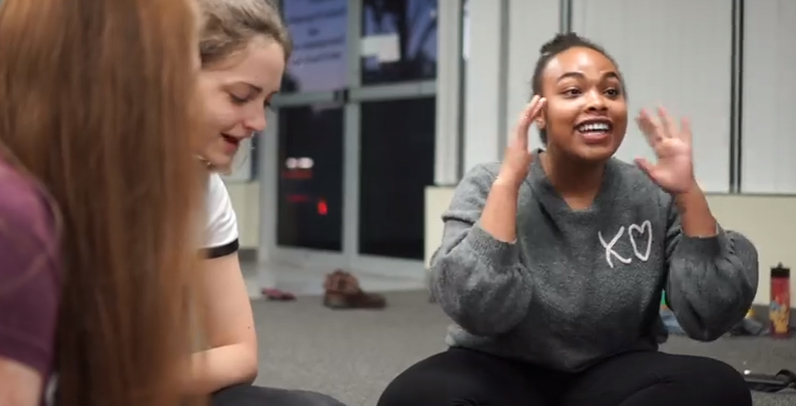 Ruth Ziekle, a sophomore theatre major from Champaign, Ill., co-wrote the production. She brought together ideas and stories that would help families learn life lessons in a fun way. "The journey is more important than the destination," said Ziekle. "We've written our own tales with lessons. We've got fairies, witches and monsters, so it is something they will identify with, but it's also a new spin."

The cast is made up of 17 members performing a 45-minute show. "Everybody is so creative," said Harper Addison, a first-year theatre major from Louisville, Ky. "We are learning to blend our ideas and make the best product that we can." 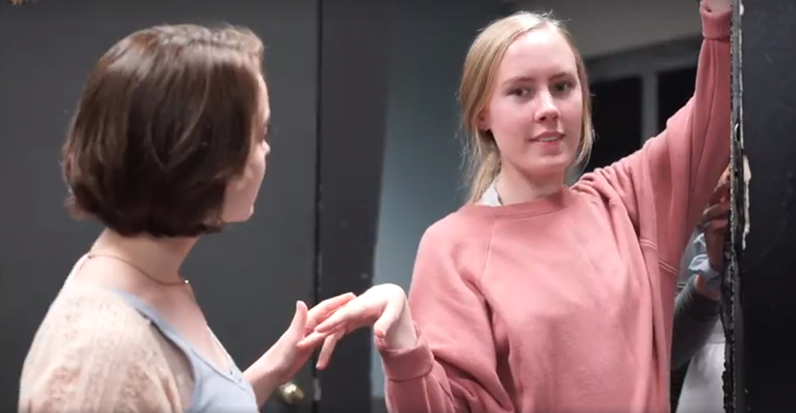 The Studio Series will also feature performances from Millikin's New Musicals Workshop in January 2020, and the Shakespeare Corrected program in April 2020.