Amber Lusvardi, instructor of political science at Millikin University, has been named the 2021 recipient of the Berenice A. Carroll Feminism, Peace, and Social Justice Award from the Purdue University School of Interdisciplinary Studies. A Ph.D. candidate at Purdue with concentrations in American Politics and Public Policy, Lusvardi received the award in recognition of her ongoing research on child marriage in the United States.

"I am honored to be selected as a recipient of the Berenice A. Carroll Feminism, Peace, and Social Justice Award, which recognizes contributions to scholarship and activism related to feminist studies, peace, studies, or other social justice issues," Lusvardi said. "This award honors Dr. Carroll, who was an activist, scholar, and professor at Purdue University. Her research centered on recognizing the contributions of marginalized women in history and as well as contributing to the knowledge of nonviolent action in peace studies. She was an activist on issues such as the Equal Rights Amendment and ending the spread of nuclear weapons."

Berenice A. Carroll was a professor of Political Science and Women's, Gender & Sexuality Studies at Purdue University and a professor emerita of Political Science at the University of Illinois at Urbana-Champaign. Carroll's main fields of interest were peace research, political theory, and feminist politics. She served as president of the National Women's Studies Association and on the editorial board of the National Women's Studies Association Journal. She also had numerous publications on topics relating to women, non-violence, and power. In addition to her impressive scholarly accomplishments, her commitment to Feminism, Peace, and Social Justice is of particular importance as she was instrumental in the creation of the Women's Studies program at Purdue and served as director of the Women's Studies program between 1990-2000.

Lusvardi's ongoing research on child marriage, which is part of her dissertation project, focuses on state legislative action on underage marriage in the United States.

"Currently, 46 states in the United States have loopholes to state law that allow for children to get married under the age of 18. In recent years, more states have been considering laws to push back on this practice or ban it altogether," Lusvardi said. 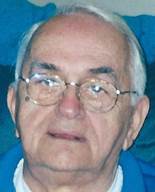 Her research focuses on the role social movements and media attention play in getting a low salience issue, like child marriage, on the legislative agenda.

Lusvardi had the opportunity to work on a Bill and Melinda Gates-funded project with Principal Investigator Dr. S. Laurel Weldon who previously served as a Distinguished Professor of Political Science and director of the Purdue Policy Research Institute.

"We studied the impact of feminist mobilization on economic empowerment in 126 countries over four decades," Lusvardi said. "My work with Dr. Weldon on this multi-year project gave me important perspectives on how movements can make gains on women's equality and gave me the tools to be a better researcher."

Amber Lusvardi is a Ph.D. candidate at Purdue University with concentrations in American Politics and Public Policy and will be graduating in the spring semester of 2022. She holds a Master of Arts in Political Science from Eastern Illinois University. Her research examines agenda setting on gender issues in state legislatures. Her work has appeared in the edited texts "The Year in the C-SPAN Archives Research and Handbook on Gender and Violence." As an instructor at Millikin University, Lusvardi has taught American politics and public policy courses such as Model Illinois Government. In 2017, she won the Advisor of the Year award for her work with Millikin's Model Illinois Government delegation.