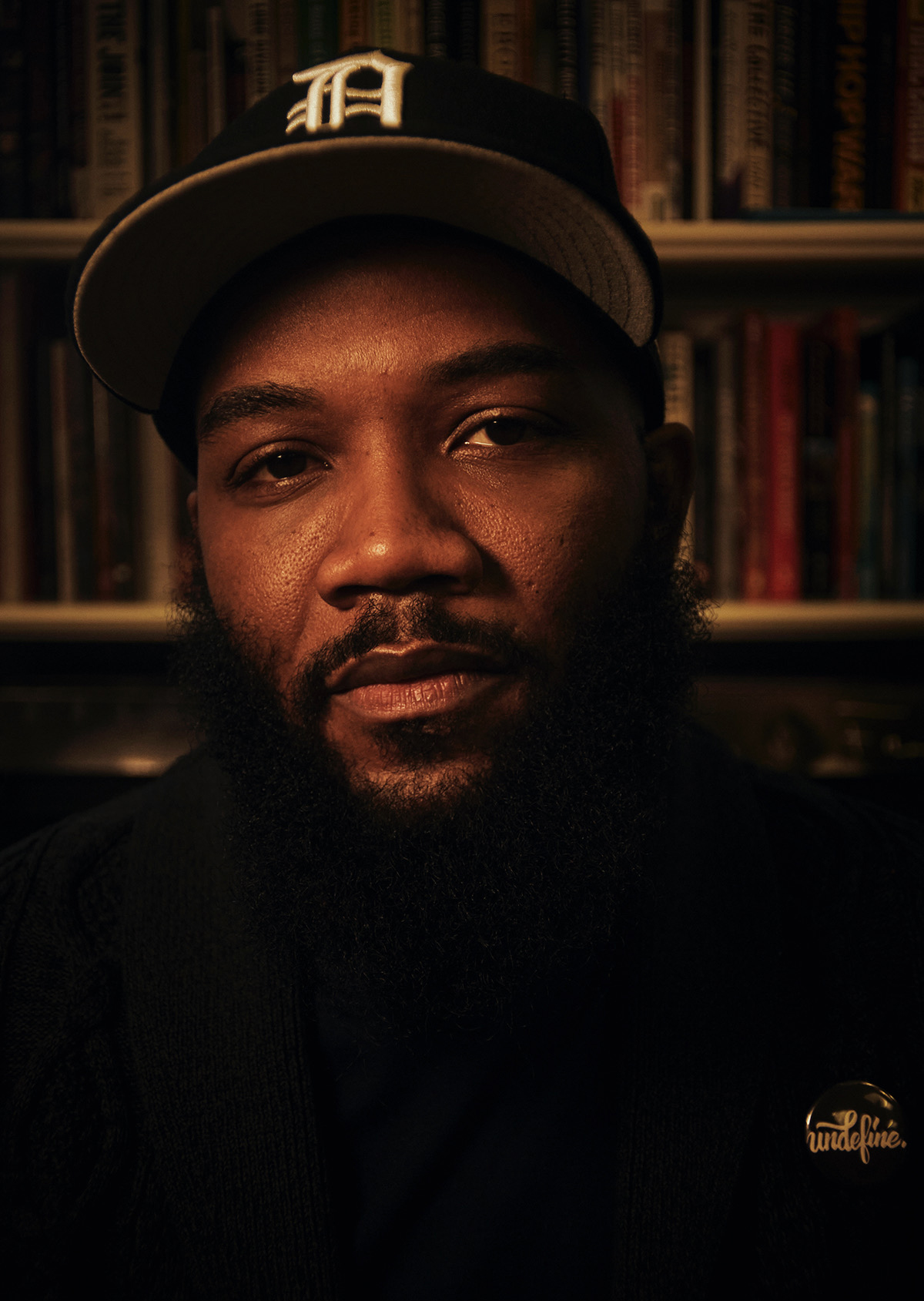 Millikin University graduate and award-winning performance artist A.D. Carson '04 has released the first ever peer-reviewed rap album from an academic publisher titled "i used to love to dream" (University of Michigan Press, 2020).

"i used to love to dream" is what Carson calls a mixtap/e/ssay, a blended genre of storytelling and scholarship that bridges the spheres of his professional life as a scholar and a rapper. The album uses sampled and live instrumentation; repurposed music, film and news clips; and original rap lyrics.

Carson's album focuses on the idea of home – told through reflections about his past growing up in his hometown of Decatur, Ill., from his present elsewhere, contending with the moral, philosophical, and ethical unease about authenticity and what it means to stay true to one's city or neighborhood. Carson uses Decatur as a reference point for rapped reflections about the ideas of growing up, moving away and pondering one's life choices.

During the track "nword gem," Carson describes a good friend [Jay] who helped him navigate his time as an undergraduate and aspiring artist. His advice, friendship and generosity to Carson and so many others were a constant and consistent motivation for his work and life.

"Writing and recording 'i used to love to dream' was actually very similar to the writing of the previous two 'sleepwalking' projects and the 'Battle Royale Mixtape' as well as 'Owning My Masters' [my dissertation] because it is responding to a particular set of circumstances in a particular place with the goal of raising questions about identity, home, citizenship, race, class, justice, etc.," Carson said. "The primary difference is that I was in a much different place and position when writing this project, and none of the writing really felt as thematically intentional as the others." 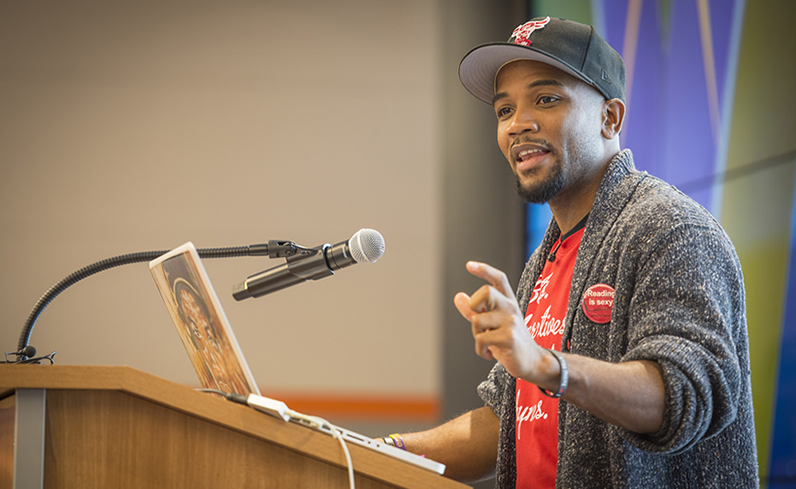 Carson added, "I didn’t feel well mentally and was asking myself all kinds of questions about the choices I'd made that brought me to that moment in this place. I write whatever I'm feeling, so it took some time sitting with the writings to realize all the things I'd been writing fit together to tell this story about the idea of home and memory, and the differences between here and there, now and then."

The album features eight tracks highlighting outlooks on Black life generally, and Black manhood in particular, in the United States. The time period described in one of the tracks overlaps with his time as a student at Millikin University.

"I recorded and released music throughout my time at Millikin. I found lots of support in my group of friends at Millikin, those who were artists and others who weren't," Carson said. "I also felt supported by many Millikin faculty and staff, and had great opportunities from teaching the hip-hop writing roundtable to being a member of the Music & Entertainment Industry Educators Association (MEISA), Scratch Table, the concert committee and so many other groups on campus." 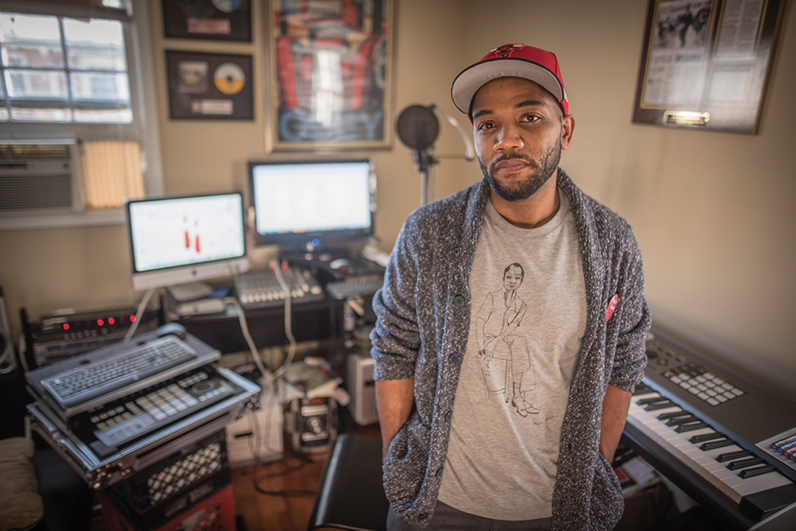 Carson says his time at Millikin played an integral part in his development as an artist and an educator. He recalls significant moments such as designing an album cover as an assignment for one of Dr. Michael Hollis-George's [professor of English] classes, and Dr. Randy Brooks, dean of the College of Arts & Sciences, being incredibly receptive to his composing practices when he wanted to integrate original rap lyrics for a class.

"I remember the support of Pej Clark and Bryant Smith in the Office of Multicultural Affairs and the community they helped create for so many students, and folks from the Decatur community – my community – helping people feel welcomed and a part of what we were doing at Millikin," Carson said. "I feel like this continues today with folks like Dr. Carmella Braniger, whose support and advocacy is consistent and constant; the same for Raphaella Prange. All of these people contributed to my development as an artist and educator, and person in the world."

It is Carson's hope that people will sit with the album, listen, and be reminded of the idea of home. 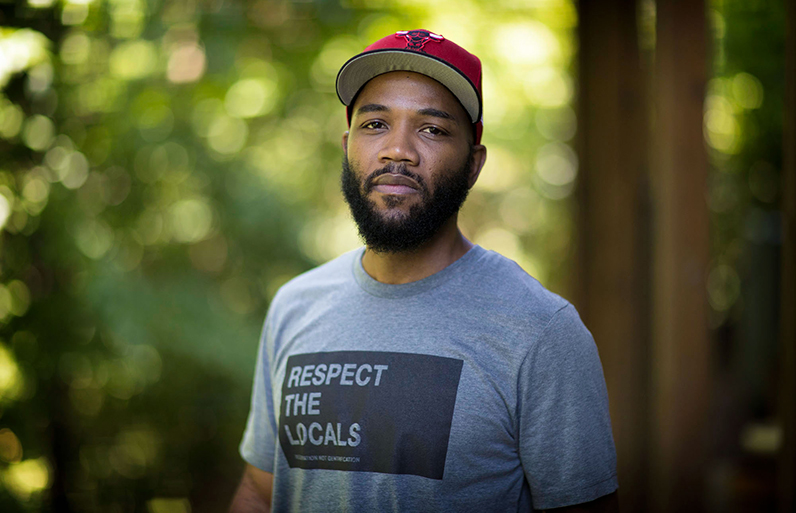 Sara Jo Cohen, acquiring editor for the University of Michigan Press, saw Carson's project as an opportunity to challenge what counts as scholarly publishing in terms of both form and content.

"Publishing 'i used to love to dream' would be an opportunity to support cutting-edge scholarship that we were uniquely able to take on because of the digital affordances of our Fulcrum platform," said Cohen. "We'd be able to publish the tracks, the short documentary, and the liner notes in a book-like format that would be intelligible to scholars and tenure and promotion committees."

Cohen was drawn to Carson's project because of its grounding in Decatur. "Additionally, I feel a political imperative to publish more work by Black scholars. I like that Dr. Carson's work reflects on and theorizes his specific experience as a Black man in the U.S. while at the same time thinking through themes like home and family that are more universal," she said. "His work seamlessly brings the personal, the political, scholarship and music into conversation in a way that's exciting to me as a listener and as an editor."

Carson will be giving a virtual reading/performance during Millikin University's Homecoming 2020 celebration and the Millikin English Department's Reading Series on Thursday, Oct. 15 at 7:30 p.m. The event will be livestreamed on Facebook at facebook.com/millikinenglish/live.

A.D. Carson is an award-winning performance artist and educator from Decatur, Ill. His work focuses on race, literature, history, rhetorics and performance. He received a Ph.D. in Rhetorics, Communication, and Information Design at Clemson University. His album, "i used to love to dream," released with University of Michigan Press is the first-ever rap album peer-reviewed for publication with an academic press. This work extends from his doctoral dissertation, "Owning My Masters: The Rhetorics of Rhymes & Revolutions," which he submitted in rap album form as the primary feature of a digital archive at phd.aydeethegreat.com. His dissertation garnered international press and was also recognized by Clemson's Graduate Student Government as the 2017 Outstanding Dissertation. Dr. Carson was also a 2016 recipient of the Martin Luther King, Jr. Award for Excellence in Service at Clemson for his work with students, staff, faculty and community members to raise awareness of historic, entrenched racism at the university through his "See the Stripes" campaign, which takes its name from the poem featured on his dissertation album.

Dr. Carson's work has been featured by Complex, The Chronicle of Higher Education, Forbes, The Guardian, Journal for Cultural and Religious Theory, NPR's All Things Considered, OkayPlayer, Quiddity International Literary Journal and Public-Radio Program, Time, USA Today and XXL, among others. His projects are available to stream/download free from aydeethegreat.com. Dr. Carson is currently assistant professor of Hip-Hop & the Global South at the University of Virginia. Find Dr. Carson online @aydeethegreat.