It was an historic day for the Millikin University Baseball program on March 7. Not only did the program begin a new era with the home opener of the new Workman Family Baseball Field, but the Big Blue would go on to defeat St. Norbert College 7-0.

Millikin put runs on the board early; scoring one in the bottom of the first inning on an RBI single to left field by Mason McGahey (Charleston, Ill.) that would score Brent Beals (Effingham, Ill.) from third. The game would remain 1-0 for the next five innings until Nick Black (Geneva, Ill.) came to the plate with Andrew Auton (Decatur, Ill.) in scoring position on third base. Black's sacrifice fly to center field scored Auton to give the Big Blue a 2-0 lead after the sixth inning. 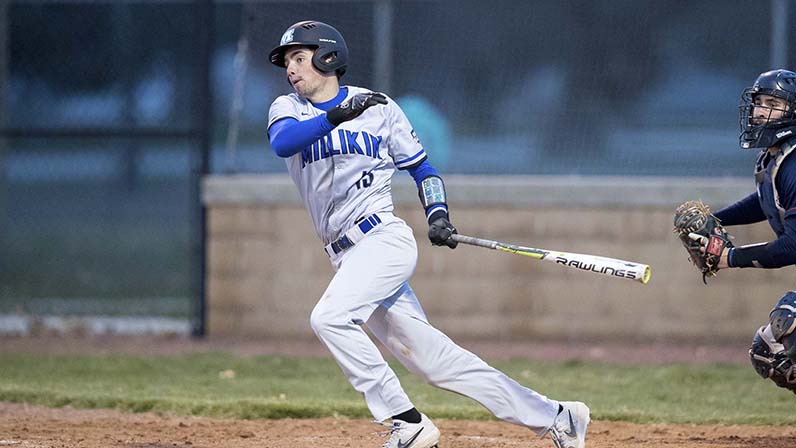 An inning later, Auton drove in three runs on an RBI-triple deep to center field that cleared the bases, scoring Kyle Kane (Westchester, Ill.), Frank Bryan (Plainfield, Ill.) and Beals, and made it 5-0 after seven innings of play.

The final two runs of the game were scored in the bottom of the eighth inning, with the first coming from an infield groundout to the shortstop hit by Gabe Soria (Naperville, Ill.) that would score Black from third. A batter later, Beals stepped to the plate with Ethan Current (Granbury, Texas) on second and Jackson Chase (Geneva) on third. Beals grounded out to third, scoring Chase from third to make the final score 7-0. 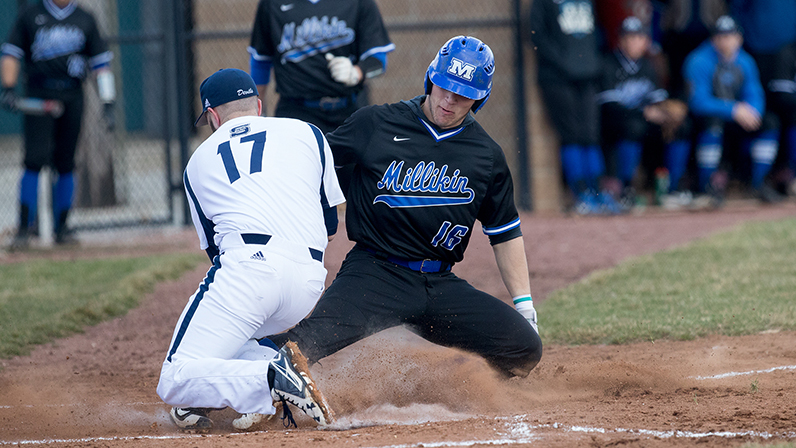 It was a victory for the Big Blue, but it was also a celebration of the long road back to Millikin's campus for the program – 39 years to be exact. Initially playing at Fans Field in Decatur, the Big Blue played adjacent to campus across Fairview Avenue in Fairview Park from 1977 to 1981 before making their permanent home at Sunnyside Park in 1982.

On Sept. 27, 2019, the new on-campus home of the Big Blue Baseball program, the Workman Family Baseball Field was dedicated.

"I couldn't be more proud with this program and what it has become and to call a place like this home," Millikin head coach Brandon Townsend said in an interview with the Herald & Review. "There is a lot of pride going around and I hope that we can match that on the field."

Townsend, who is in his seventh season coaching the Big Blue, was last season's College Conference of Illinois and Wisconsin (CCIW) Coach of the Year.

"This stadium will set the standard for baseball facilities around the country that schools will strive to achieve. For the future....This amazing facility will help raise our program, recruiting and enhance our student-athlete experience for many years," said Townsend.

The new baseball facility located south of the Decatur Indoor Sports Center (DISC) includes an all-artificial turf field, lights, press box, concessions and batting cages. The grandstand has seating capacity for 459 spectators. Seating includes bleachers, seat back chairs and a patio area, all elevated above the playing field. Millikin University is the only school in the CCIW with an on-campus baseball-only facility with a full turf field and a clubhouse. 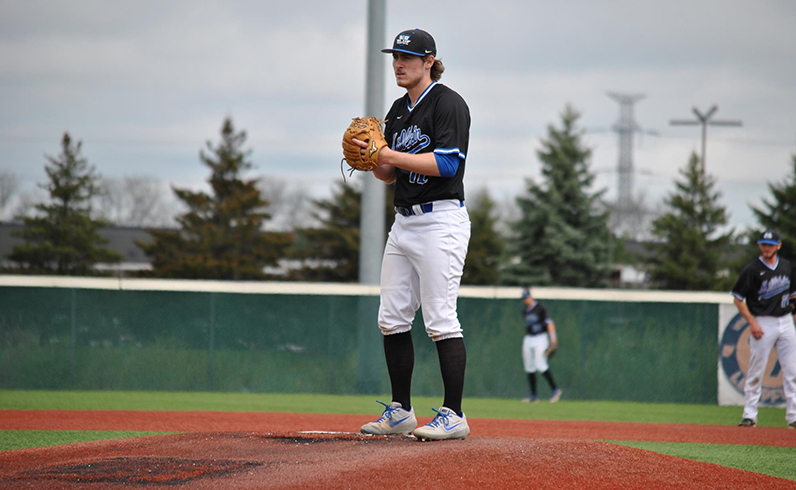 The Workman Family Baseball field has in-ground dugouts with Millikin's dugout on the third base side with batting cages and bullpen access nearby. The visitor's dugout is on the first base side and also includes access to a bullpen. The new clubhouse is located below the grandstand.

The press box has the capacity for six media professionals, and houses controls for the lights and inning-by-inning scoreboard overlooking the right-center field fence.

"We have only gotten better every single year. The talent has gotten better since I've been here," said Andrew Auton. "We are all so very excited and I think a lot of the local fans are very excited, too. It is awesome to play on this field."