Born in Mexico, Millikin University honors student Rubi Rodriguez grew up in Wauconda, Ill., after moving there when she was six years old. She has found "home" wherever she may be. The junior pre-med biology major, with minors in Spanish and psychology, has found her place in a variety of organizations and programs at Millikin.

Rodriguez chose Millikin for its heavy concentration in pre-professional studies with hands-on practices to prepare for medical school, including preparing for the MCAT exam during a student's first year. "You start practicing your freshmen year, which gives you a great head start," said Rodriguez. 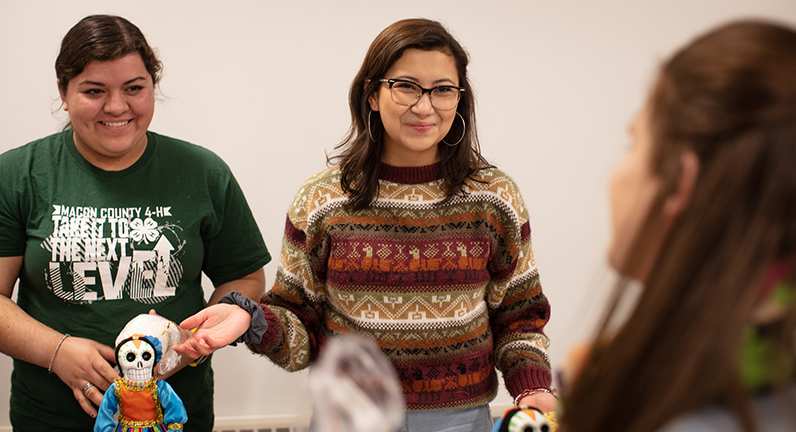 Submerging herself in the variety of communities that Millikin has to offer, Rodriguez is a Long-Vanderburg Scholar and Junior Long-Vanderburg Mentor, Leighty Science Scholar, a member of the Beta Beta Beta (TriBeta) National Biological Honor Society and Alpha Lambda Honor Society, the secretary of TriBeta, and the president of the Latin American Student Organization (LASO).

"Being a student that has immigrated to the United States, I've always had the need to find a community and a sense of home wherever I am. LASO has been that for me. Being the president and being able to indulge in a community that misses home and wants to create that home on campus is a beautiful thing," she said.

As a Leighty Science Scholar, Rodriguez was given an opportunity to work on research at the University of Illinois at Urbana-Champaign. Rodriguez's studies focus on genomic research, which involves the sequencing of fungal genomes. Her research is contributing to an ongoing study through the National Institute of Health, which is an exciting opportunity for Rodriguez. "Being a part of this is so amazing, especially at an undergraduate level," she said. "Not only am I doing research that applies to something that's very interesting to me, but it also applies to the national health care field." 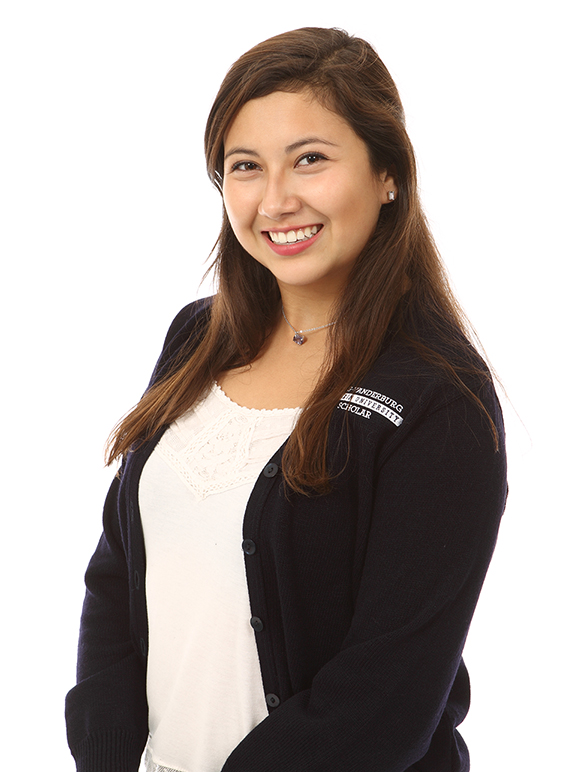 Rodriguez credits Millikin's smaller class sizes and focus on student-faculty partnerships for the opportunity to do this research.

"Because Millikin is a smaller school, I was able to acquire that opportunity with lots of conversations with my professors, which allowed be to be one of the few that was chosen to do the research at the University of Illinois," Rodriguez says. "Not only is this research interesting to me but it's applicable, and over the summer and through the years I have been able to apply what I have learned in class to my research, which is going to help at the national level. Not only does this help me as an individual to learn more and learn how to apply this knowledge, but it will make me a more competitive candidate for medical school."

After graduation, Rodriguez plans to pursue medical school to become an international physician through programs such as Doctors Without Borders, an organization that provides lifesaving medical humanitarian care to people in need around the world.

Ready for the professional world thanks to Millikin's educational resources, Rodriguez believes she has become a more outgoing person because of her Big Blue home.

"Millikin is whatever you mold it; it will give you whatever you put in," said Rodriguez. "You will be able to break through your personal bubble and grow as an individual."