Towards the end of every academic year, Millikin University hosts the annual Distinguished Faculty Lecture and Honors Convocation. This year's event, hosted on April 26, served as an opportunity for the Millikin community to come together and celebrate the remarkable work of students and faculty from 2017-2018.

This year's Distinguished Faculty lecturer was Dr. Dan Monroe, associate professor and chair of the Department of History and Political Science. Dr. Monroe is one of the most celebrated professors at Millikin University, earning praise from his students each year. Dr. Monroe was recently elected to the Board of Directors of the Abraham Lincoln Association, and appointed chair of the Illinois Historic Sites Advisory Council in 2017. His lecture was entitled "Frederick Douglass and the American Conscience."

The second part of the evening was centered on honoring Millikin students with individual awards. Over 80 awards were handed out at this year's Honors Convocation as Kirkland Fine Arts Center was filled with excited students and proud parents.

Hannah Haak, a senior information systems major with a dance minor from Kirkland, Ill., was honored with the Glen. R Smith Award. The award is presented to an outstanding senior from the Tabor School of Business and is named after Glen R. Smith who served as a noteworthy contributor to the development of the Tabor School of Business for nearly 30 years. Haak, who last year was awarded the most coveted award of the convocation, the Scovill Prize, was thrilled to have been honored with the Glen R. Smith award this year.

"This award is such an honor. I have tried my best to serve the Tabor School of Business to the best of my abilities and it is a great feeling to be recognized for my efforts," said Haak.

As previously stated, the Scovill Prize is the most coveted recognition of Honors Convocation. Twenty-eight students were nominated this year and only eight students were chosen as award recipients. Scovill Prize recipients are selected on the basis of high academic achievement, demonstrated leadership, service and scholarship. One of the recipients, Matthew Brown, a sophomore information systems major was humbled to have received the honorary award. Brown is a Presidential Scholar and starting linebacker on the Millikin Football team.

"It is a huge honor to receive the Scovill Prize, and I am especially grateful to be recognized with some of the finest students at Millikin," said Brown. "For me, this award represents that the greatest thing you can ever do is to be true to who God called you to be. We all have something really special to offer others, and although I am continually evolving what that is for me, it is a true blessing to feel that encouragement and motivation that I am heading the right way on the (hopefully) long journey into the future."

Jordan Luty, a junior musical theatre major from Abilene, Kan., was also one of the proud recipients of the Scovill Prize. Luty, who is a member of the Honors Program at Millikin, has always maintained an exceptional grade point average while also being heavily involved in productions through the School of Theatre and Dance, most recently "The Phantom of the Opera."

"This award is a reminder that the present is what matters," said Luty. "Focusing constantly on either the past or the future has plagued my experience this semester, and this award reiterates that what I'm currently working on matters to the greater Millikin community." 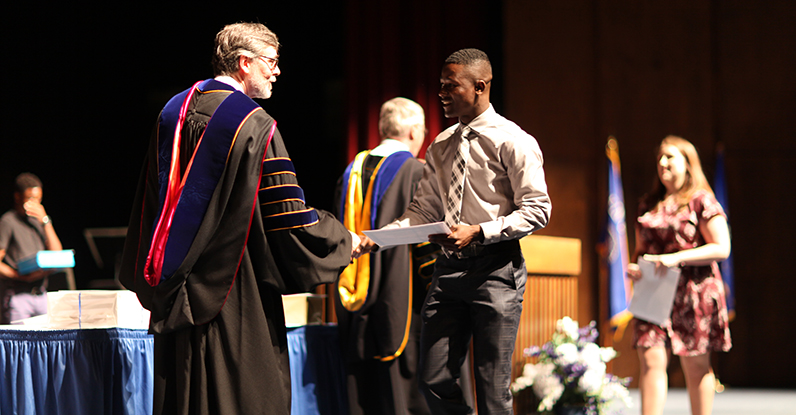 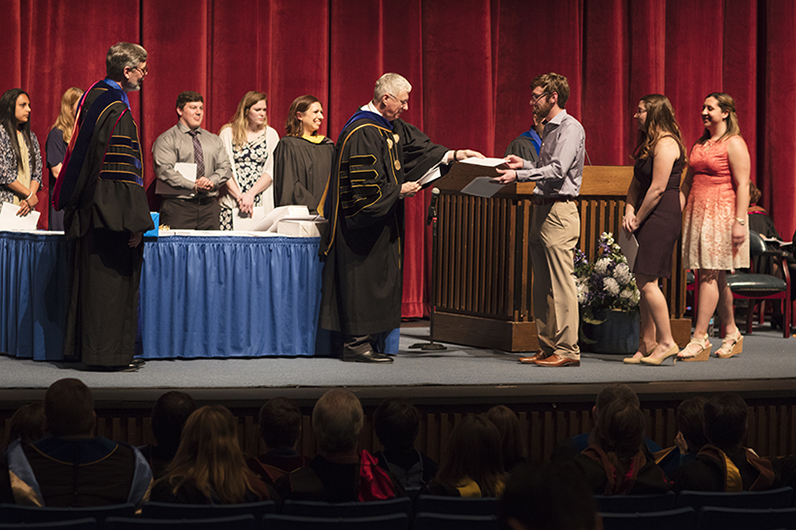