"The best way to learn those things is to be there."

"The best way to learn those things is to be there."

Exploring plant life and species in their natural habitat is an important learning experience that the Millikin University Biology Department values according to Dr. Travis Wilcoxen, associate professor of Physiological Ecology. Those types of hands-on experiences are presented front and center during Millikin's Ecological Journeys course that Wilcoxen teaches each year during the summer.

As travel restrictions lifted amid the COVID-19 pandemic, Wilcoxen and 10 Millikin students were able to take an extended field trip for 10 days to the Archbold Biological Station in Venus, Fla., at the end of May [2021] to get a "real-depth understanding" of the ecology, wildlife and plant life of South Florida.

"The best way to learn those things is to be there," Wilcoxen said. "This is a class where you live in the habitat every day. The focus is on understanding natural ecosystems and striking that balance between human needs and conservation. That's a common theme through a lot of our classes that are ecology-based – striking that balance." 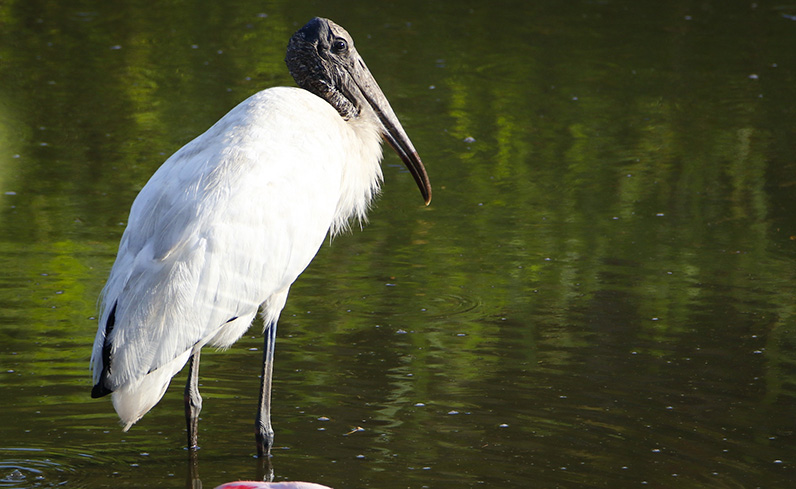 Wilcoxen says Florida is an excellent place to study ecosystems because the state continues to have one of the fastest-growing human populations that tend to be clustered near the coast. "The non-coastal parts of Florida remain some of the most wild and rural places in the United States," Wilcoxen explained. "It's about teaching students different human land usages and even economies that are driven by natural resources from things like the beach versus agriculture."

Wilcoxen added, "It's a really powerful way for students to understand how human biology and conservation mix."

Among the attendees was recent Millikin biology graduate Lauren Artime, of Forsyth, Ill., who said she always wanted to take part in the Ecological Journeys course since her freshmen year. "I want to pursue Zoology in the future, and I love learning about new animals, especially in new areas," Artime said. "In my family, we enjoy sitting out on our back porch at home and just enjoying the wildlife while also trying to name each species we see. The experience was very interesting to me because we learned about different species that were native to just Florida."

Sydney Kehrmann, a senior biology major with a pre-chiropractic concentration, said the class was an amazing opportunity. "The experience was very rewarding and did open my eyes to not only the natural areas of South Florida but even around Decatur and my hometown [Lake Zurich, Ill.]," she said. "Once you open your eyes and look for it, you realize nature is all around you. There are several species of plants and animals living all around us in our parks, yards, marshes, and forests, and it's our job to protect their homes." 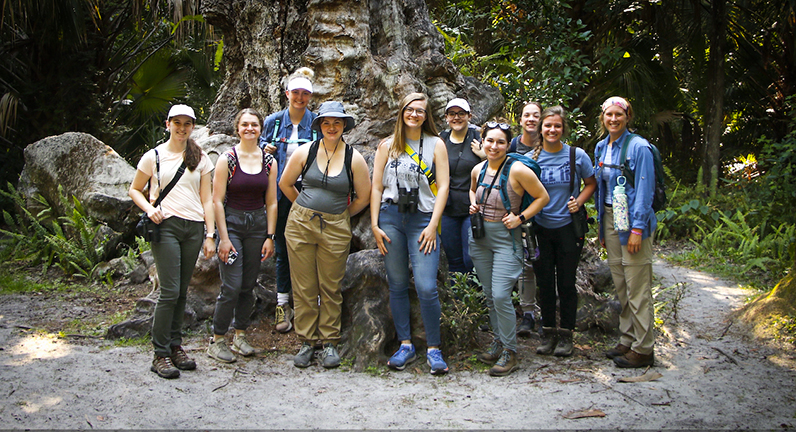 Classes are held during the spring semester leading up to the extended field trip. Previous classes have traveled to other off-campus sites including the Galapagos Islands, South Africa, Alaska, and Costa Rica.

For this trip, the class spent most of its time in the Florida sand pine scrub, an endangered subtropical forest ecoregion where the Archbold Biological Station is located. The class visited mangroves near the coast, cypress swamps as well as tropical hardwood hammocks which are areas of large oak and palm trees that create massive canopy forests.

The trip culminated in a 150-point plant and animal identification practicum.

"The students have to walk through the habitat and if I point to it and I ask you what it is, then you have to know what it is. The class average was 92.6 percent, which is partially the power of being there, partially the power of linking those species with why they are in their habitat – every plant and animal has their ecological role. The students not only learn what the plants and animals look like but what they do for the ecosystem," Wilcoxen said.

One of the more unique species the class came across was a Burrowing Owl which spends most of its time on the ground or low perches such as fence posts. "This is an owl that lives underground. Burrowing Owls always have a sentinel bird looking around and it's a species that is only found around the southern states," Wilcoxen said. 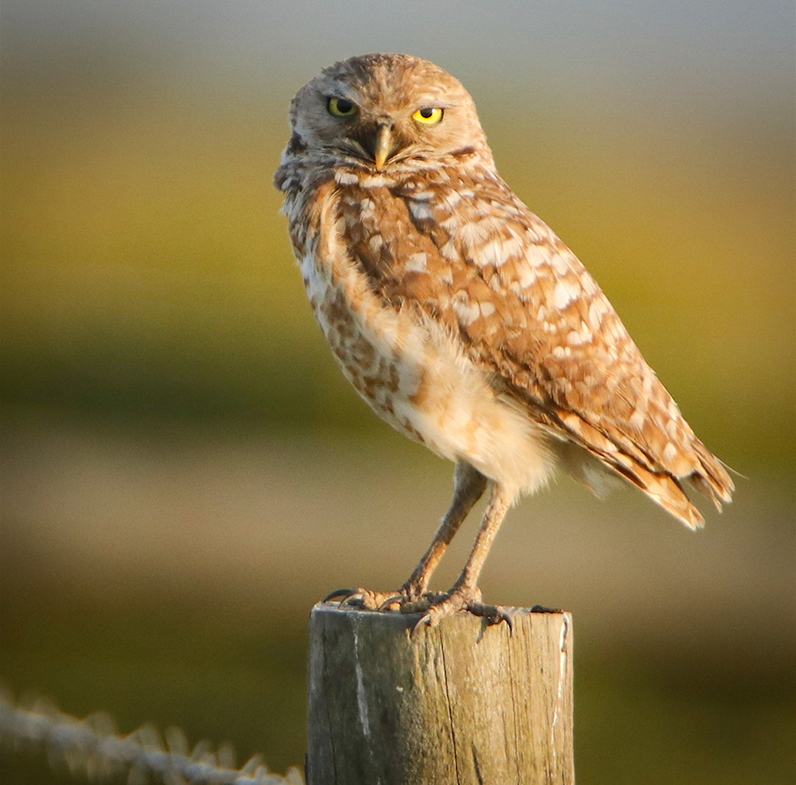 Artime added, "We also had the opportunity to see a 100-year-old tree at one of the national parks we went to and it was incredible just to see how big they can get. We also saw different scrub habitats which were unique to learn about since I did not know there were different types in Florida."

Wilcoxen says part of the goal is helping students, who are getting general biology training, understand and appreciate the interconnectedness of all living things. "It's important to think about our role as people and the bigger picture," he says. 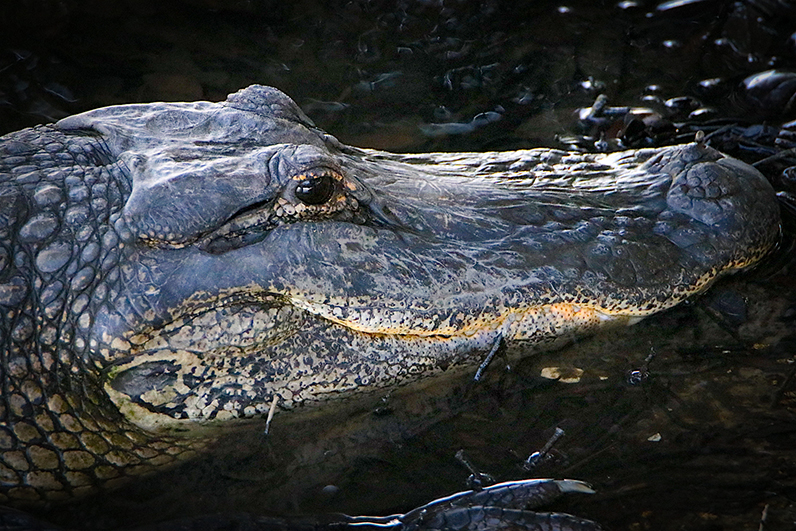 After getting back from the trip, Lauren Artime realized how much she and her classmates learned in a short amount of time. "The research we did was interesting because we sat in the scrub for a couple of hours for two of the mornings and we had birds, lizards, bugs, and other organisms sit right next to us, not even fazed by our presence," Artime said. "It was like a mini-vacation for us since we were able to experience and enjoy all of the different parks and habitats."