Former L.A. Times reporter, storyteller and nationally-acclaimed author Sam Quinones will visit Millikin University on Tuesday, March 5 at 7 p.m. to give a talk on his most recent book, "Dreamland: The True Tale of America's Opiate Epidemic."

Made possible by the T.W. Samuels Lecture Fund, Quinones' presentation will be held in the Bob and Deb Johnston Banquet Rooms, located on the 3rd floor of the University Commons, on Millikin's campus. The event is free and open to the public; no reservations or tickets required.

"Dreamland: The True Tale of America's Opiate Epidemic" (Bloomsbury, 2015) recounts twin stories of drug marketing in the 21st Century. A pharmaceutical corporation flogs its legal new opiate prescription painkiller as nonaddictive. Meanwhile, immigrants from a small town in Nayarit, Mexico devise a method for retailing black-tar heroin like pizza in the U.S., and take that system nationwide, riding a wave of addiction to prescription pills from coast to coast. The collision of those two forces has led to America's deadliest drug scourge in modern times.

"Dreamland" was selected as one of the Best books of 2015 by Amazon.com, Slate.com, the Daily Beast, Buzzfeed, Seattle Times, Boston Globe, St. Louis Post-Dispatch, Entertainment Weekly, Audible, and in the Wall Street Journal and Bloomberg Business by economics laureate, Professor Angus Deaton of Princeton University.

Quinones' previous two highly-acclaimed books grew from his 10 years living and working as a freelance writer in Mexico (1994-2004): "True Tales From Another Mexico: The Lynch Mob, the Popsicle Kings, Chalino and the Bronx" and "Antonio's Gun and Delfino's Dream: True Tales of Mexican Migration." 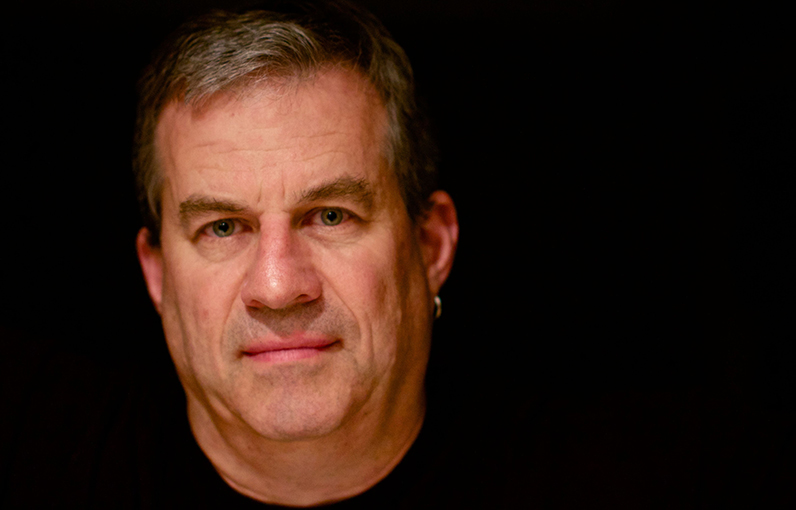 "True Tales From Another Mexico: The Lynch Mob, the Popsicle Kings, Chalino and the Bronx" was released in 2001. It is a cult classic of a book from Mexico's vital margins – stories of drag queens and Oaxacan Indian basketball players, popsicle makers and telenovela stars, migrants, farm workers, a narcosaint, a slain drug balladeer, a slum boss, and a doomed tough guy.

In 2007, he came out with "Antonio's Gun and Delfino's Dream: True Tales of Mexican Migration." In it, Quinones narrates the saga of the Henry Ford of Velvet Painting, and of how an opera scene emerged in Tijuana, and how a Zacatecan taco empire formed in Chicago. He tells the tale of the Tomato King, of a high school soccer season in Kansas, and of Mexican corruption in a small L.A. County town. Threading through the book are three tales of a modern Mexican Huck Finn. Quinones ends the collection in a chapter called "Leaving Mexico" with his harrowing tangle with the Narco-Mennonites of Chihuahua.

Sam Quinones is formerly a reporter with the L.A. Times, where he worked for 10 years (2004-2014). He is a veteran reporter on immigration, gangs, drug trafficking and the Mexican border.

In 2014, he resigned from the paper to return to freelancing, working for National Geographic, Pacific Standard Magazine, the New York Times, Los Angeles Magazine, and other publications.

Columbia Journalism School selected him as a 2008 recipient of the Maria Moors Cabot prize, for a career of excellence in covering Latin America. He is also a 1998 recipient of an Alicia Patterson Fellowship, one of the most prestigious fellowships given to print journalists.

The T.W. Samuels Lecture Series was created in 1977 in honor of attorney T.W. Samuels, senior partner in the Decatur law firm of Samuels, Miller, Schroeder, Jackson and Sly. Samuels was active in Decatur community affairs until his death in 1989 at age 103. Samuels' sons, William J. Samuels of Menlo Park, Calif., and the late Dr. Thomas W. Samuels Jr., then created an endowment fund to finance the series in recognition of their father. The endowment is used to bring great thinkers and speakers to Millikin for the purpose of community enrichment.