Millikin to honor over 120 graduates at 2019 Winter Commencement ceremony

Millikin to honor over 120 graduates at 2019 Winter Commencement ceremony

Millikin University will recognize over 120 graduates at its 2019 Winter Commencement ceremony on Sunday, Dec. 15 at 2 p.m. at Kirkland Fine Arts Center on Millikin's campus.

Graduates from Millikin's traditional undergraduate, Master of Science in Nursing and Doctor of Nursing Practice degree programs will be honored during the ceremony.

Mayor of the city of Decatur, Ill., Julie Moore Wolfe will deliver the commencement address titled "Your Budget for Life."

Julie Moore Wolfe has served as the mayor of Decatur since 2015. She is currently the executive director of philanthropy and community relations at HSHS St. Mary's Hospital. She has served on the Decatur City Council since 2009 and her emphasis has been on improving public safety and infrastructure. During her tenure, the city has launched a $90 million dredging project at Lake Decatur and secured a new facility for the Decatur Police Department. Additionally, she has supported major infrastructure efforts to fix aging sewers and stormwater systems.

Mayor Moore Wolfe also served as president of the Chamber of Commerce in Decatur where her focus was in helping businesses grow, and lobbying for business issues and economic development opportunities. She helped to revive the Route 51 Coalition, which resulted in funding to widen the highway to four lanes from Macon to Pana, Ill.

She has been a familiar face in central Illinois since 1986 when she joined WAND-TV as the anchor of the 6 and 10 p.m. newscasts. She spent 11 years on the news team and maintained an active role as a community volunteer.

Mayor Moore Wolfe has been married 31 years to her husband, Doug Wolfe, and they have three adult children.

Samiha Thapa is from Kathmandu, Nepal, and is graduating with a Bachelor of Science in Nursing. Thapa will be working at Sarah Bush Lincoln Health Center in Mattoon as a full-time registered nurse on the adult medical/surgical unit beginning in January 2020. The title of Thapa's speech is "Finding Home." 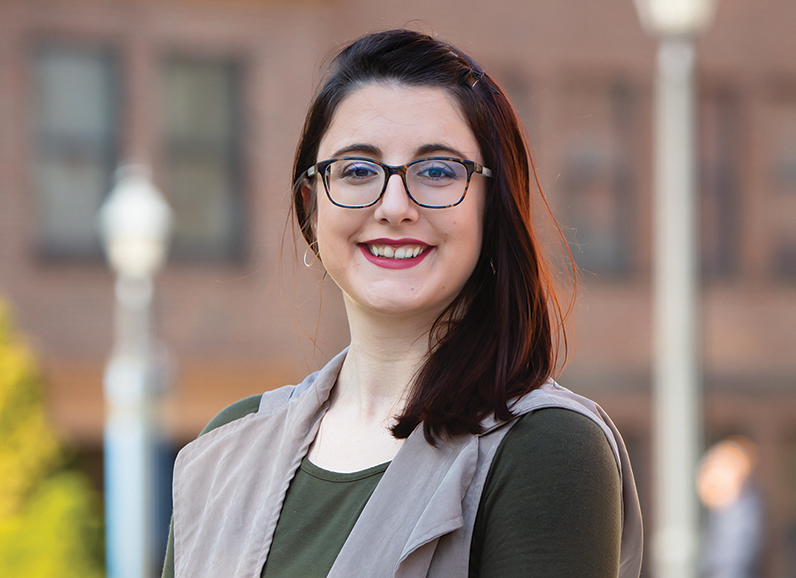 Sarah A. Lang is from Peoria, Ill., and is graduating with her Master's Entry into Nursing Practice (MENP) degree. She currently works as a psychiatric nurse in Springfield, Ill. The title of Lang's speech is "It Takes a Team: Learning to Lead by Learning to Follow."