The College Conference of Illinois & Wisconsin (CCIW) is celebrating 75 years with a new monthly feature titled "The Decade Series."

Each month from Nov. 2020 until June 2021, CCIW institutions will feature one student-athlete who competed in each of the nine decades between 1946 and 2020. Institutional Sports Information Directors will conduct a video interview, which will be posted to the CCIW's YouTube channel and showcased on CCIW.org.

Bradshaw served in the United States Marine Corp. from 1942 until 1945 and after his military career ended, he enrolled at Millikin University as an education major. He was a member of the 1946 Big Blue football team and played against Illinois State, Eastern Illinois, Northern Illinois, Lake Forest, Illinois Wesleyan and Illinois College.

Bradshaw also ran track for one year as a member of the mile relay and was part of the Tau Kappa Epsilon fraternity. 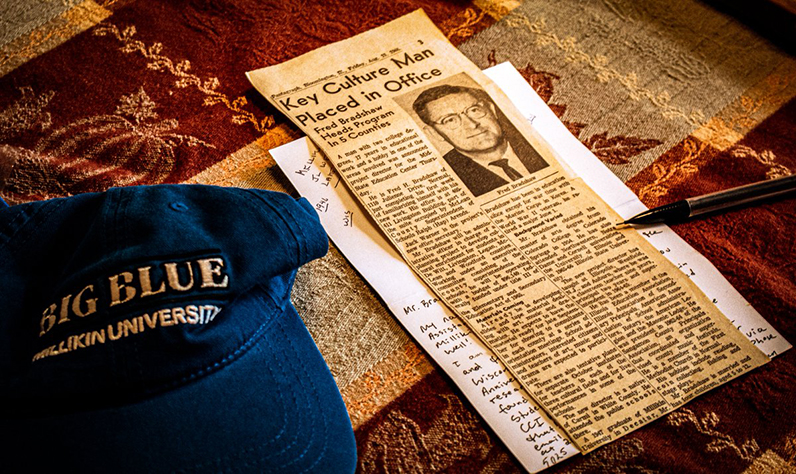 Bradshaw spent time as a principal and superintendent before earning a Doctorate and working for the Illinois State Department of Education.

Bradshaw was inducted into the Illinois High School Football Coaches Association Hall of Fame on April 3, 1982 for his time at Auburn High School where he lost only 15 games in 10 years.