Millikin University's women's basketball team is off to a 3-1 start to begin the 2021-22 season. In her first three seasons leading the program, head coach Olivia Lett has installed her system and her recruiting classes have now filled the roster.

Lett's hard work is paying off as the team is coming off its first College Conference of Illinois & Wisconsin (CCIW) Tournament title since 2005.

The team was picked to win the 2021-22 CCIW title by conference coaches, and Lett is looking to maintain that success while also trying to improve. At 3-1, the team is averaging 78.8 points per game and outscoring their opponents by 18.8 points. 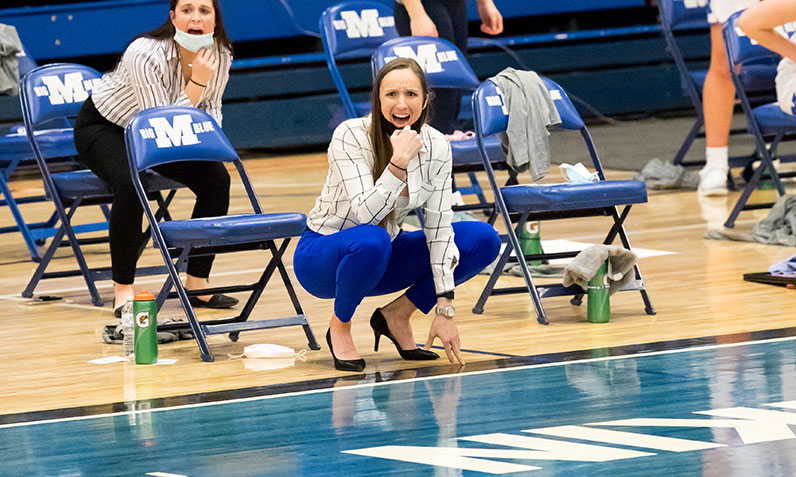 "It was nice to come out and shoot hot to start the year, especially playing at home and putting up some points," Lett said in an interview with the Herald & Review. "I think you have seen growth with players like Elyce Knudsen and Bailey Coffman, who have started off hot and they have continued to grow as well."

Sophomore guard Elyce Knudsen, from Philo, Ill., was recently named to the D3hoops.com National Team of the Week on Nov. 15.

Knudsen helped the No. 22 ranked Big Blue by averaging 23 points, eight rebounds, four assists and two steals during the team's first three games. She shot 60 percent from the field and 64 percent from three-point range. Knudsen was also named the CCIW Women's Basketball Player of the Week on Nov. 15. 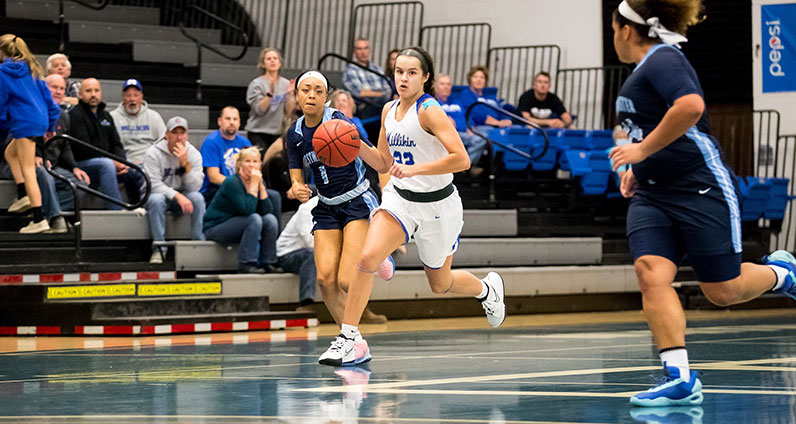 "Coming off of last year, we returned everybody [on the roster] so we are still meshing well together. We are getting back into the swing of things again. We are getting back and picking up where we left off," Knudsen said. "We are building the culture up and trying to improve every day. We are keeping our work ethic up and Coach Lett expects the most out of us. We are trying to keep that up each and every day."

Along with Knudsen and Coffman, the starting lineup of Jordan Hildebrand, Miranda Fox and Aubrey Staton are experienced. Millikin first-year player Emily White, of Sullivan, Ill., will also be competing for minutes on the floor. 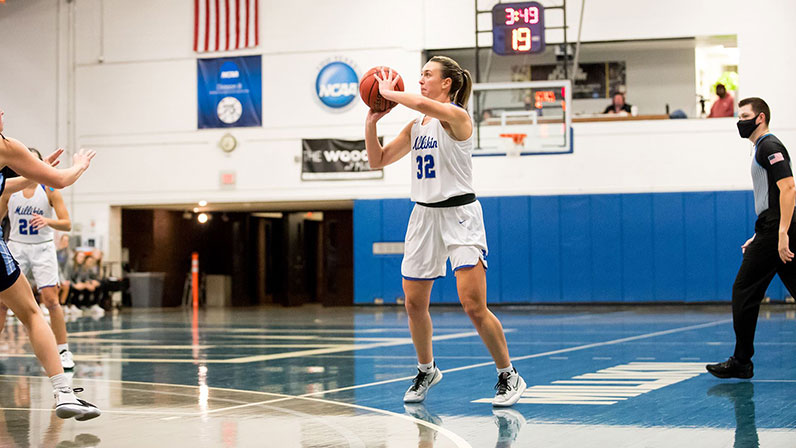 "Our team is super deep, and we knew that any freshman coming in was going to have to fight for minutes right out of the gate," Lett said. "Emily really grasps that if she can get better against our defensive pressure, it is going to make her ready for those situations. She is in the gym on a regular basis, and we have talked about her making more than 40 percent of her shots from three because that will give her a chance to play."

White noted, "It has been a blast to be a part of this team so far this year and I can't wait to continue this season. It is a great atmosphere and I couldn't imagine myself with any other team."

Knudsen says the team's goals are winning the conference tournament again and making the NCAA tournament.

"We are working day-by-day with each practice and we are not trying to get ahead of ourselves with the competition that lies ahead," she said.