Millikin to host 2022 CCIW Championships May 5-7

Millikin to host 2022 CCIW Championships May 5-7

The Millikin University softball team earned the title of outright 2022 College Conference of Illinois & Wisconsin (CCIW) champions on May 2 following a sweep of Carthage College at the Workman Family Softball Field. Finishing the regular season with a 13-3 conference record, Millikin has earned the right to host the 2022 CCIW Championships on May 5-7.

Between games on May 2, the Big Blue honored their six seniors and the vital roles they have played in helping MU to their second consecutive regular season CCIW title: Aly Armstrong, Grace Biondo, Kaylee Goluch, Cassie Reed, Camryn Skundberg and Lex Tennison. 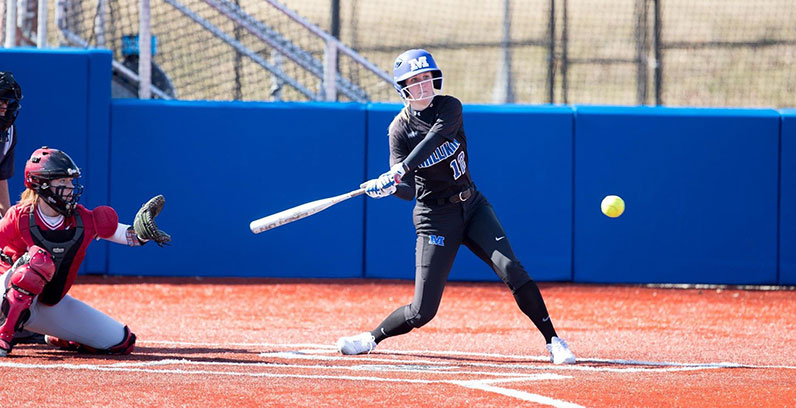 In game one, Millikin started off the scoring in the first inning when CCIW Hitter of the Week Skundberg sent a single to right field, plating Leah Foreman. In the third, the Big Blue tacked on two more runs as Kendallyn Davison scored from second on a sacrifice bunt off the bat of Lanie Chizmark, then a Grace Biondo single up the middle advanced Foreman to third before she crossed the plate on a throwing error. Skundberg tallied her second RBI of the day on a double down the left field line that scored Biondo.

The Firebirds chipped away at the Big Blue lead in the sixth and seventh, tallying a run each inning, but Millikin came away with the 5-2 game one victory. Aly Armstrong picked up the win in the circle, allowing just four hits through 6.2 innings of work and striking out six.

In game two, the Big Blue struck again in the first inning as the visitors on the scoreboard. Foreman sent a double to right center, plating Chizmark to give Millikin an early 1-0 lead. 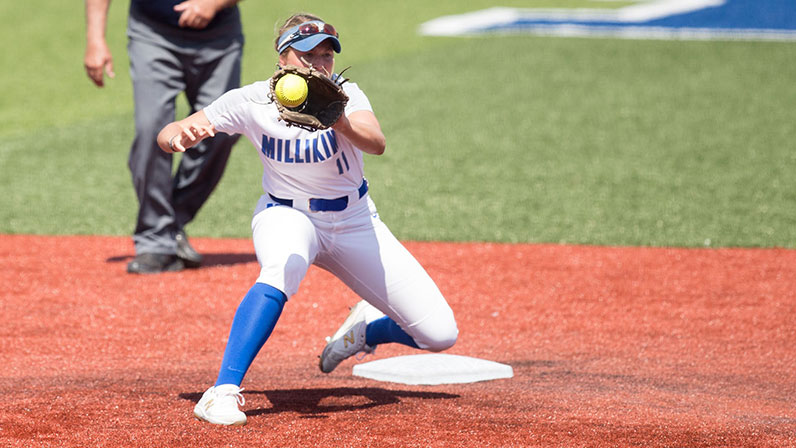 After Carthage knotted the score in the first inning, Millikin quickly pulled back ahead with a Biondo double to right center that cleared the bases, scoring Davison, Chizmark and Foreman. In the fourth, a Foreman single to right center scored two and gave MU a 6-1 advantage. Foreman tallied her fourth RBI of the contest in the sixth with a double down the left field line, then Davison was responsible for the final two runs with a single up the middle that scored Rylee Blake and Gretchen Gould.

In the 9-1 game two victory, the Big Blue were led by Davison (4-for-4) and Foreman (3-for-3) at the plate. Addison Sargent took the win in game two, pitching six innings and striking out four. Bailey Coffman struck out one in a three up, three down inning of relief.

Millikin's Camryn Skundberg and Addison Sargent were selected as the College Conference of Illinois & Wisconsin Softball Student-Athletes of the Week on May 2. 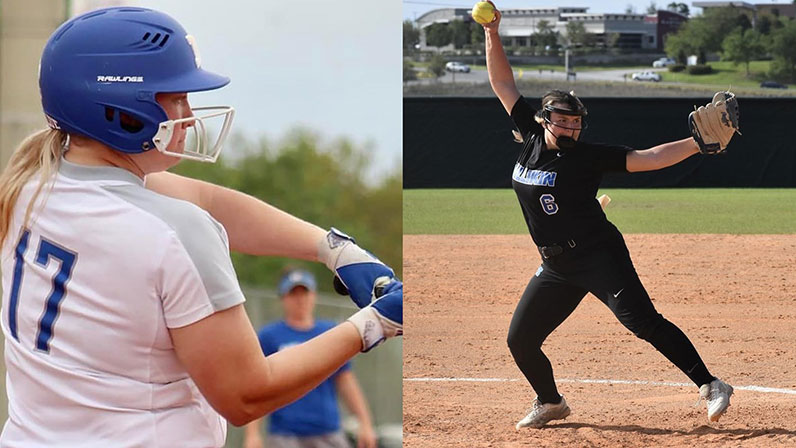 Skundberg, a junior infielder from Mt. Zion, Ill., and Parkland College, won her second CCIW Hitter of the Week honor hitting .583 (7-for-12) with three runs, three home runs, six RBI and a 1.333 slugging percentage. Sargent, a junior pitcher from Mt. Vernon, Ill., won her second CCIW Pitcher of the Week honor while leading the Big Blue to a pair of conference wins during the week of April 24 – May 1.

Along with the CCIW Conference title, Millikin moved up a slot in the latest National Fastpitch Coaches Association Division III poll to the 22nd spot. The Big Blue will host the CCIW Softball Tournament beginning Thursday, May 5.