Workman Family Softball Field to be ready by March 1

Construction on the Workman Family Softball Field at Millikin University is nearing completion as the Big Blue softball team is set to have their home opener on March 26 against MacMurray College.

The new facility was made possible by a generous $2 million contribution from Millikin Trustee Gary Workman '65 and his wife, Judy. The Workman Family Softball Field will feature an artificial turf infield and outfield surface, lights, chair back and bleacher seating for 300 people, dugouts, batting cages, restrooms, concessions area and press box. The Workman's have been invited to the home opener to be thanked and honored for their investment.

In a recent interview with NowDecatur WSOY, Millikin Head Softball Coach Katie Tenboer says after the years of playing at several different locations including, Fans Field, Sunnyside Park, Rotary Park and Borg Warner Field, it will be nice to be able to call a place home for the student-athletes.

"We estimated last year that probably 90 percent of students didn't even know where we played because it was off campus," says Tenboer. "Being able to be on a home field is very important to the players and the students."

The Workman Family Softball Field is located on Oakland Avenue in the west portion of Millikin's current grass football practice fields. Home plate is located in the southeast corner of the field with batters facing northwest. The field is 200 feet down the right and left field lines and 220 feet to straight away center field. 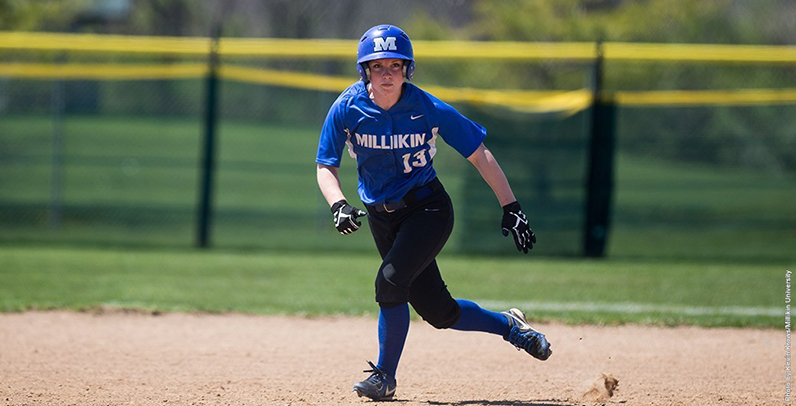 Members of Millikin's Facility Services, Capital Program Manager Bradley Owens, Grounds Manager/Project Manager Verneil Phillips and Director of Facilities Michael Kuropas have been just a few of the many responsible for the construction of the field.

"The reason why Millikin went with the artificial turf field is to give them the ability to use the field quicker after rain or snow as opposed to a natural turf field where you may have to wait a day or two for it to dry properly," says Owens.

Tenboer says the coaching staff is very excited about the future of the Millikin softball program. 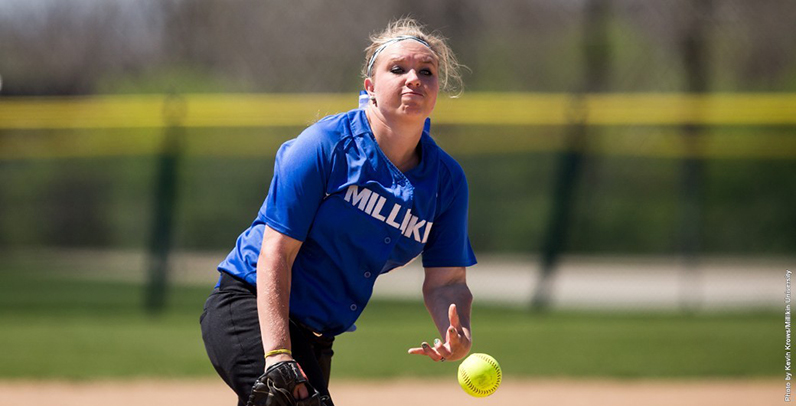 "It's not every day you get to go to a campus as a recruit and say that they're building a new field that I'll get to play on it," says Tenboer. "We tell recruits we are building the best possible experience here for you and we think you are important as we do all our students here."

Construction on the Workman Family Softball Field began in summer 2016. The contractor for the turf field itself is St. Louis-based Byrne & Jones Sports, a division of Byrne & Jones Construction Inc. Byrne & Jones Sports was the contractor for the new turf field at Millikin's Frank M. Lindsay Field in 2014. The architectural partner of the project is the Decatur, Ill., firm BLDD, who designed the grandstands, dugouts and other parts of the field. John S. Whitlock is the principal on this project for BLDD.

The Workman Family Softball Field will be the first on-campus home field for the Millikin softball program. In 33 seasons, the Millikin softball program has a record of 714-514-1 (.581) with four College Conference of Illinois and Wisconsin (CCIW) titles and four NCAA Tournament appearances. In 2016, under first-year Head Coach Katie Tenboer, the Big Blue went 18-20. In addition to the team's inaugural games in the new facility, 2017 will mark the arrival of Tenboer's first recruiting class as she works to build Big Blue softball into a program contending for the conference championship.