In the shadow of the Vietnam War, a group of young hippies challenge the government’s role in drafting their friend into service while exploring their right to live in a world of peace, joy, and free love. Will burning a draft card ease the rage of a generation questioning their government’s ethical role in shaping the world? This is the dawning of the age of Aquarius.

Single ticket prices: $18 - $20
Seniors 65 and older, groups or 10 or more, and other discounts available by phone or in person. Call the Kirkland Ticket Office and ask about our discounts and package deals!
Save money when buying ticket packages of 3 or more shows!

Roberto Graff - Credits include Sister Act (Millikin University); Pippin, Into the Woods, Joseph and the Amazing Technicolor Dreamcoat, Catch Me If You Can, and Legally Blonde (Cardinal Gibbons High School).

Credits include Bye Bye Birdie, Anything Goes, Beauty and the Beast, and Seaweed in Hairspray (Hannibal High School Theatre); Cosmo Brown in Singin’ In the Rain (Hannibal LaGrange University Theatre); ensemble in Nice Work If You Can Get It, swing in 9 to 5, ensemble in Phantom of the Opera (Millikin University).

Credits include George in Intimate Apparel, Curtis in Sister Act, Jacques de Bois in As You Like It (Millikin Mainstage); Officer Lockstock in Urinetown (Gallery 37 Theatre); and Chino in West Side Story (Drama Group). Rafael also appeared as Donkey in Shrek, Ren in Footloose, Wadsworth in Clue, Jeff in The Curious Savage, and Sky in Guys and Dolls (Blue Island Performing Arts Center). Additional Ensemble credits include Heartscape (Goodman Theatre), Heathers The Musical (Drama Group), and The Phantom Of The Opera (Millikin Mainstage).

Cydney is a versatile singer with a passion for music and performing. Some of her recent credits include: Young Artist Program (Hawai'i Performing Arts Festival); Little Inez (Hairspray); Lovely Lady (Les Miserables); Mrs. Fezziwig, Charwomen, Caroler, Support Vocalist (A Christmas Carol); Honors Performance Series at Carnegie Hall Honors Women's Choir. She feels very blessed to take part in her first Mainstage production and would like to thank God, her mother, and her family for always believing in her dreams. #mommawemadeit!

Nicole Barth recently worked with songwriters, Kooman and Dimond, and attended performance workshops in Disney World in the New Musicals Immersion. At Millikin University, her credits include Maria Salgado in 9 to 5, the ensemble in Sister Act, and the ensemble in Nice Work If You Can Get It. Additional Credits include: Newsies (Katherine Plumber), Anything Goes, and Funny Girl at Cornstock Theatre; The Wizard of Oz (Dorothy) at Eastlight Theatre.

Andrew is super excited to be appearing as Woof in this production of Hair. He has previously been seen on Millikin stages in Phantom of the Opera, Mr. Burns: A Post-Electric Play, Nevermore, Blood Wedding, and The Addams Family. Thank you for coming and please enjoy the show!

Ariya Hawkins- Ariya has been a part of two Millikin Mainstage productions, including Sister Act and Intimate Apparel. Other credits include Remixing the March, Heartscape, and The Water is Rising (Goodman Theatre); The Bikinis (Canterbury Summer Theatre); Oklahoma, Kiss Me Kate, Ragtime, Into the Woods, Working, and Sweet Charity (The Chicago High School for the Arts); Entering Summerland (Cultura In Pilsen).

Some credits include: Annie, Footloose, The Wiz, How to Succeed in Business Without Really Trying, Les Miserables, Anything Goes (Oak Park and River Forest High School); Recent debut as Deloris in Sister Act (Millikin Mainstage), Phantom of the Opera (Millikin Mainstage); and Sweeney Todd (Hawaii Performing Arts Festival). During her high school career, she received Best Performer and Best Soloist awards at the Midwest Show Choir Competition and performed on Carnival Cruise in a leading role while attending McKendree University. Kiana has also been in show choirs, acapella groups, and a music video production called “All About That Pride”, a video created by students to showcase school pride.

Jauhara is a third year student and enjoys performing politically charged works on stage. She has been a member of the Chicago based theatre company The Yard since 2015 where they make theatre for young people, by young people. Some of her past roles include Brenda from The Fourth Graders Present an Unnamed Love-Suicide (The Yard), Motormouth in Hairspray, Gary Coleman in Avenue Q, and Mrs. Dickson in Intimate Apparel (Millikin Mainstage).

Alex is thrilled and humbled to return to the Millikin Mainstage. She was last seen as Cicero/Lucilius in Julius Caesar, Ensemble/Female Swing in Mr. Burns: A Post Electric Play, and Emma Borden in Pipe Dream Studio Theatre's production of LIZZIE! Hair is an absolutely beautiful show and we should all remember that as a society we all have the power to let the sunshine in!

Malone Moretti is delighted to again be performing at Millikin University, where she was most recently on stage in Solstice: A Concert of Dance as a dancer, choreographer, and lighting designer. Malone was also an Assistant Stage Manager for Carrie: The Musical at Pipe Dreams Studio Theatre. Malone has performed with the Decatur Park District and Theatre 7 (Decatur, IL) and The Springfield Muni (Springfield, IL).

Nathaniel was most recently seen as Eddie Souther in Sister Act at Millikin University. He has also appeared on the Millikin Mainstage in The Phantom of The Opera (Corps de Ballet), Heathers (Ram Sweeney), Nice Work If You Can Get It (Ensemble/Chief Berry u/s), Blood Wedding (Male Swing), The Addams Family (Male Ancestor), and in the dance ensemble of Equinox: A Concert of Dance (2018) and Solstice: A Concert of Dance (2017). Additional credits include: Fugitive Songs (Joshua) and Unlock’d (Umbriel/Littlewit) with the Millikin New Musical Workshop and Spamalot, RENT, and Children Of Eden on the Southwestern College Mainstage.

James Gavino is excited to be making his Mainstage debut. He has appeared in Aladdin, Little Women, The Sound of Music, The Wizard of Oz, Beauty and the Beast, and Annie at The Donoho School. He has also appeared as Warner in Legally Blonde with the Red Mountain Theatre Company.

Justin Nelson is thrilled to be returning to the Millikin Mainstage! He was last seen in Sister Act in the ensemble where he was also the understudy for TJ. You may have also recently seen him in Mamma Mia! at The Muny and in Joseph and the Amazing Technicolor Dreamcoat at Stages St. Louis. He couldn’t be more excited to be apart of the Millikin family!

Connor has been in multiple productions at his local community theater. At Millikin he was a swing for Mr. Marks in Intimate Apparel and Hopper in Pipe Dreams Studio Theatre’s production of Strangest Things! The Musical. He hopes you enjoy the show!

Sarah is honored to have directed this production of Hair with such a spectacular group of people. Last Spring, she directed the Millikin School of Theatre & Dance's production of Mr. Burns: A Post-Electric Play. At other universities, she has directed plays such as Tamburlaine, The Dumb Waiter, and Little Shop of Horrors. She is looking forward to getting started on Seussical for Spring 2019.

Beth Creighton is an Adjunct Instructor of Music for the School of Music and School of Theatre and Dance where she serves as the accompanist for a variety of classes, choral ensembles, and theatre productions. In the past, Beth served as Musical Director for the MU productions of Rodgers & Hammerstein's Cinderella, Little Shop of Horrors, and The Phantom of the Opera. She also teaches Piano Skills for Teachers – a course focused on providing music education majors with the keyboard skills they need for the classroom. Beth is a proud alum of Millikin University, having received her Bachelor of Music degree in Vocal Music Education in 2001. 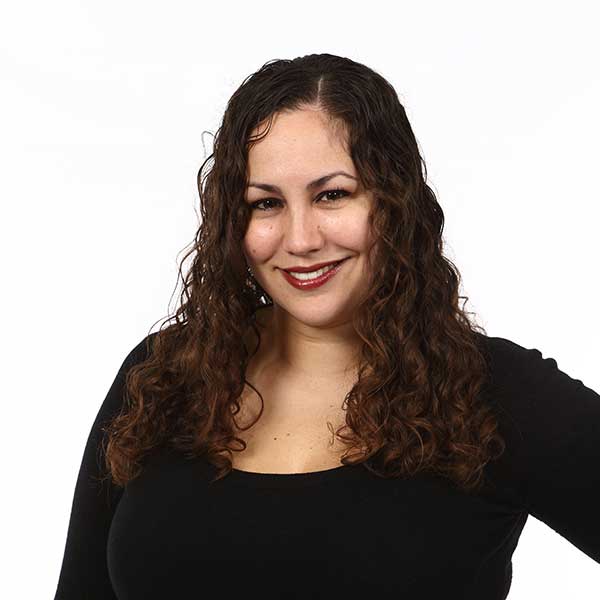 At Millikin, Anna has choreographed Heathers, 9 to 5, HAIR, and "Chart Hits" in Mr. Burns, a post-electric play as well as co-directed Equinox: A Concert of Dance and Solstice: A Concert of Dance. Outside of Millikin she has choreographed CATS, Pippin, Urinetown, Lysistrata (an ad-rap-tation), L’Histoire du Soldat, The Waste Land, Singin’ in the Rain Jr, Coca Cola’s 2006 Winter Olympics commercial campaign, and a music video for Atlantic Records artist Ryan Star.

This is Kyra's choreography debut here at Millikin! Kyra has been dancing in various styles since the age of six. She has performed in various Pipe Dreams Studio Theatre shows and at Six Flags St. Louis in their Palace Theatre shows. On campus she has been a member of the dance groups Physical Graffiti and Burlesque Underground. What a thrill and complete joy it has been to work on such a beautiful project with an amazing cast. Mixed media, live on!

Barbara, an Associate Professor in the Design/Production Program, has designed scenery, lighting, and/or costumes for various productions at Millikin. She served as the costume designer for The Whipping Man and designed the scenery for Millikin’s productions of Measure for Measure and The Addams Family.

Hair is Caitlyn's capstone and final work at Millikin University. She has previously been the lighting designer for Intimate Apparel, What I Didn't Learn in College at Pipe Dreams Studio Theatre, and Beauty and the Beast at the Decatur Park District. She has also served as the Master Electrician for The Phantom of the Opera, Wintertime, and Julius Caesar. It's been a great four years, Millikin. Much love to my parents.

Before Millikin, Terry spent three summers as an intern at Festival 56, a theatre company in Princeton, IL, working as a Sound Board Operator and Electrician. He also designed the sets for Bureau Valley High School's productions of Legally Blonde, A Midsummer Night's Dream, and The Babbling Brooks. At Millikin, he has Sound Designed for Julius Caesar.

Emily is a junior Stage Management major, and she is excited to be a part of Hair. She recently stage managed A Dragon Photobombed My Selfie, and assistant stage managed The Phantom of the Opera and Heathers: The Musical. This summer, she will be stage managing a production of Dogfight at a local community theatre.

Songs for a New World