“Excellence in Diversity and Inclusion” 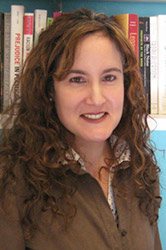 Nilda Flores-Gonzalez is an associate professor with a joint appointment in Sociology and Latin American and Latino Studies at the University of Illinois at Chicago. Her work focuses on race and ethnicity, children and youth, identity, Latino sociology and education. Her current research explores the effects of racialization on the ways in which Latino youth understand citizenship and belonging and struggle with their paradoxical status as marginalized citizens and as racial minorities. She is currently writing a book on this topic.

She is co-director of two on-going research projects: Immigrant Mobilization Project and the New Destinations in an Old Gateway: The Interplay between Public and Private Actors in Shaping Local Immigration Policy. She is also the incoming co-editor of the leading sociology journal Social Problems. Professor Flores-Gonzalez is the author of School Kids, Street Kids: Identity Development in Latino Students (Teachers College Press 2002), co-editor of Marcha: Latino Chicago in the Immigrant Rights Movement (University of Illinois Press 2010) and co-editor of Immigrant Women Workers in the Neoliberal Era (University of Illinois Press 2013).

Additionally, she has published articles and book chapters on various topics such as race and Latino identity, youth and social justice, immigrant education, Puerto Rican high achieving students, extracurricular participation and retention, and the Puerto Rican community of Chicago. Professor Flores-Gonzalez has received funding from the Ford Foundation, the National Science Foundation and the Russell Sage Foundation. 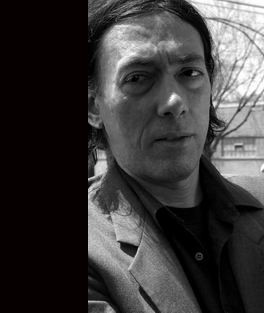 I see myself as a writer and artist. My work oscillates between poetry and visual art. As a writer, I am in the process of finalizing a bilingual contemporary Romanian poetry anthology called “Biography after Communism” begun in Bucharest with the support of a Fulbright grant (2012-13). As a visual artist, my current project is series of works on paper where faces and four-letter words interact—these projected Googled images and stenciled letters become a palimpsest of choices (of where to look) and interpretations (of what meaning to assign) for viewers. The faces of MLK, Emma Goldman, John Lennon, and the like haunt because they have been pruned from society by assassination. These images, however, are more than martyr portraits documenting thwarted civil rights movements, political ideologies, or aesthetic visions. These images present aesthetic treatment of iconic, as well as unknown, faces of killed activists. The dead want to speak again so we may reflect on why they died … and what died with them. No monuments to nostalgia, but a mourning with purpose. I am using food dyes because they saturate the paper better than inks and because I used to live near the Indian and Pakistani grocery stores along Devon avenue in Chicago. Both the anthology and the works on paper strive to entertain by appealing to classical aesthetic principles and bear witness to historical moments.