Learning the Sports Industry in the UK

Millikin students gain international exposure to the world of sports

Learning the Sports Industry in the UK

Millikin students gain international exposure to the world of sports

Millikin University's January Immersion 2019 term is off and running, and while a number of courses are taking place on campus and online, this year's term is also offering a number of travel courses for students to gain international experiences before the start of the spring semester.

This year, we decided to catch up with one of the travel courses called The Sport Industry in the United Kingdom (UK). A group of seven Millikin students are spending seven days in the United Kingdom to examine some of the contemporary issues affecting the sport industry in the UK, and to visit a number of iconic London sporting venues such as Wimbledon, Twickenham Rugby Stadium and Premier League soccer venues.

To capture this experience, we've asked each of the students to share a blog highlighting the impact of sports on society in the United Kingdom, and of course, to share some of their photos.

Our first post comes from the faculty member leading the course Dr. John Storsved, chair of the Exercise Science and Sport Department at Millikin.

I am John Storsved, the chair of the Exercise Science and Sport department at Millikin, and I am so grateful for the opportunity to be leading a group of seven students on our first January Immersion course to the United Kingdom. 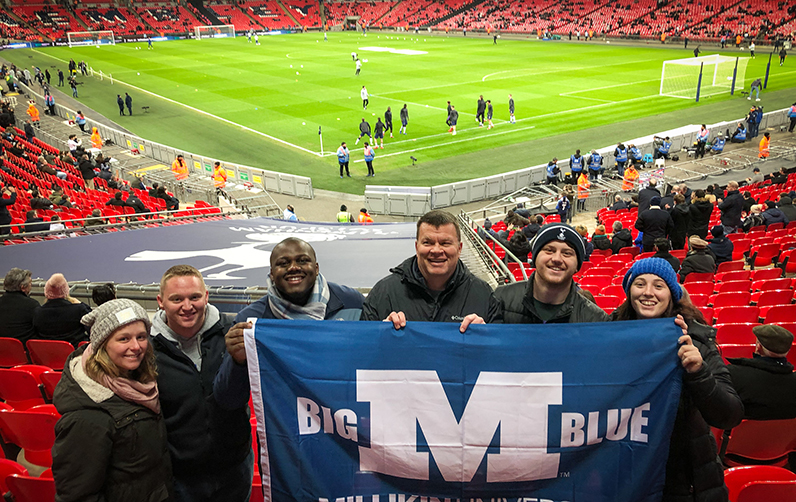 The Sport Industry in the United Kingdom course is designed to give students international exposure to how the world of sport is viewed, consumed and appreciated by the British. We will spend seven days in and around London visiting a number of iconic sport venues and will conclude the last four days of our trip at the University of Winchester, interacting and learning from and with the students and faculty in the Sport and Exercise Science department.

We departed Chicago O'Hare Airport at 6 p.m. Monday night, Jan. 7, and arrived in London around 7:45 a.m. Tuesday morning. Our housing in the Kensington borough of London is the same flat used by our Millikin Fall Semester study abroad students, and is very conveniently located a block from the tube station making it incredibly easy to navigate the city. 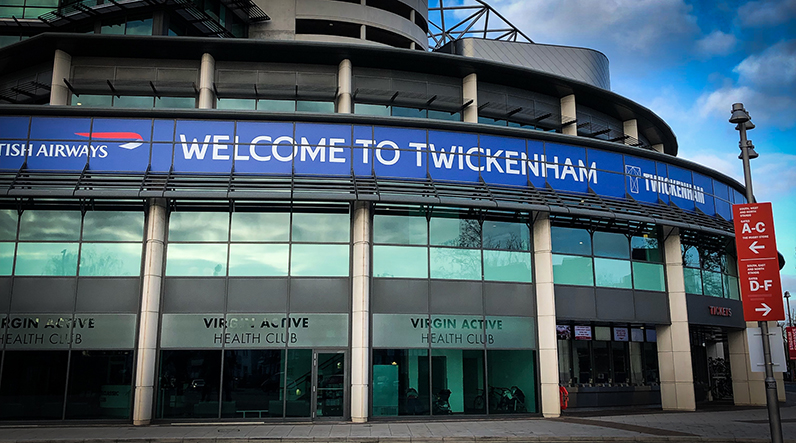 After getting settled in our housing and exploring the neighborhood, we were very fortunate to attend a semi-final football match of the Carabao Cup (formerly the English Football League Cup...Carabao is an energy drink....marketing and sponsorship!). The match was held at Wembley Stadium and featured two of the most historic and popular football clubs in London; Tottenham Hotspur and Chelsea Football Club.

A first half penalty shot by English World Cup hero, Harry Kane, gave Tottenham a 1-0 victory. To be seated with the home club's supporters did not disappoint! We received the true European football experience with the songs, chants and cheers. The knowledge of the game by the supporters was truly evident. And similar to sports fans in the U.S., many had their recommendations for what the team should be/could be doing better and it also appears that no matter what culture you may be observing, game officials are always responsible for the majority of the flaws in our favorite teams and in deciding the outcome of most contests. 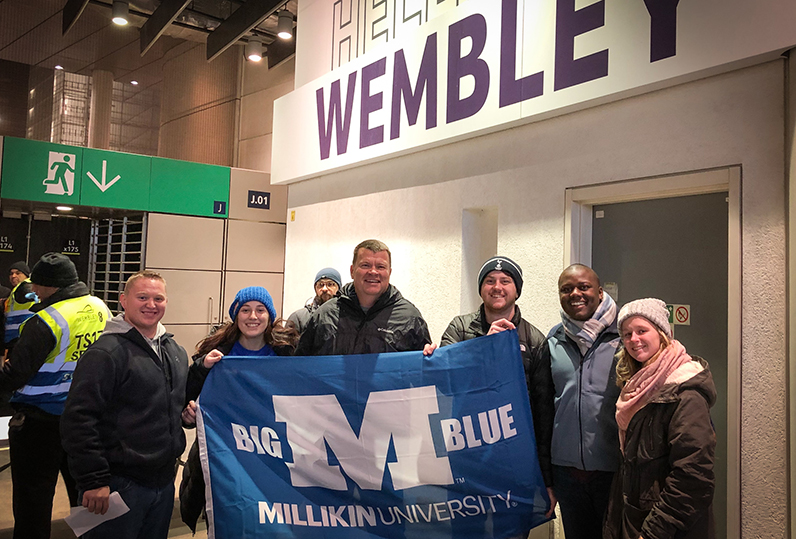 We're off to Twickenham National Rugby stadium this morning and you'll be hearing from the students and their experiences and impressions in the days to come.