The Hollis Prize competition showcases and celebrates the best of the best among instrumentalists and vocal performers in Millikin University's School of Music. This year's competition, held on April 23 at Kaeuper Hall, marked the 20th anniversary of the prestigious honor giving spectators a special opportunity to witness the excellence of the School of Music and its students. 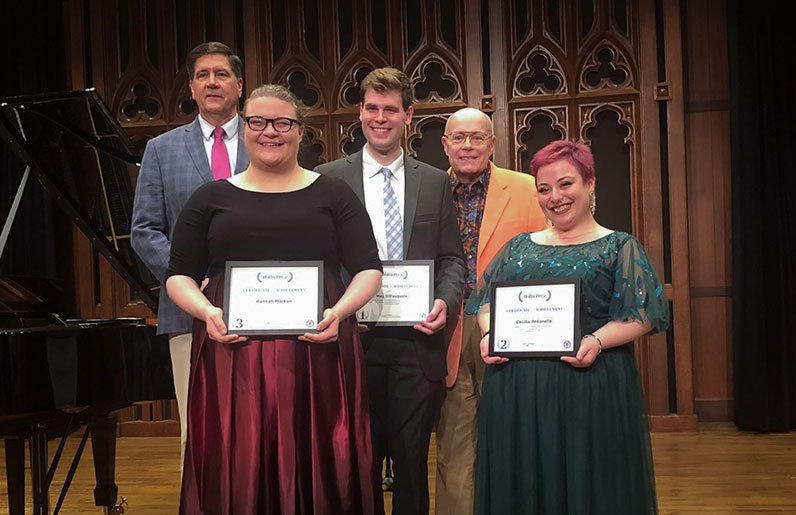 Millikin University is one of only a few schools in the country to offer such a prestigious prize through a music competition. Students must audition for Millikin music faculty for this opportunity, and after a rigorous selection process, three finalists are chosen to perform in a live final competition recital judged by credentialed professionals outside the university. Previous winners have gone on to excel in graduate school and in their chosen professional careers.

"Millikin has long valued the quality of experiences provided to students in relation to large ensemble, chamber and solo performance," said Brain Justison, director of the Millikin School of Music. "The Hollis Prize is one of the School of Music's most cherished events because it encourages our best students to rise to the height of their potential as musicians and to be celebrated for their individual achievements as artists."

The Hollis Prize winner receives a monetary award of $2,000 in addition to the opportunity to perform a ceremonial showcase recital culminating the event. Each runner-up receives a $500 monetary award. 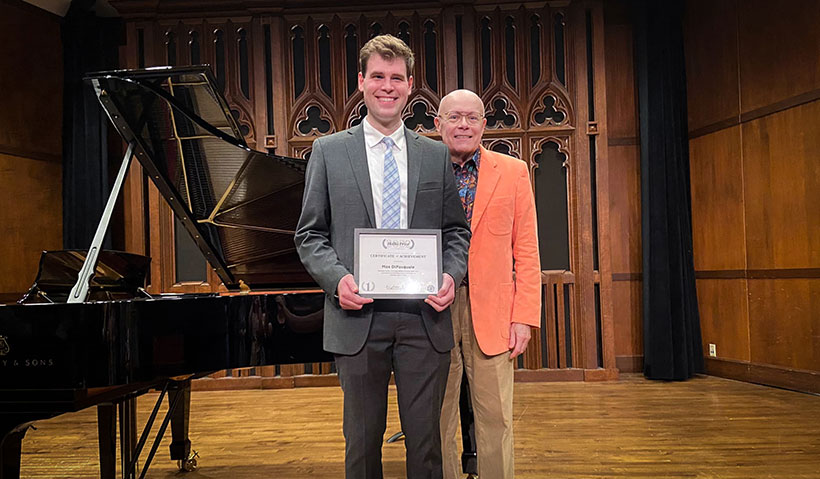 Following a standout performance featuring musical selections from French, American and Canadian composers, Max DiPasquale won the 2022 Hollis Prize. Winning the Hollis Prize has been a goal of DiPasquale's since he began taking lessons with Dr. Perry Rask, professor of saxophone and coordinator of woodwinds at Millikin, in junior high school.

"My father went to Millikin as a music education major and therefore knew of the Hollis Prize and its prestige, and instilled in me the goal of one day winning the competition," DiPasquale said. "Now that I have finally reached that milestone, I am extremely thankful for all the parties responsible for my achievement and am aware of how much they have helped me."

DiPasquale says he owes much of his success to his family and Dr. Rask. "Through his tireless efforts and unwavering support of me, he [Dr. Rask] has helped me grow tremendously as a musician and a person," DiPasquale said. "My family is a large part of my life and has constantly supported me not just through the process of this competition but through my entire life." 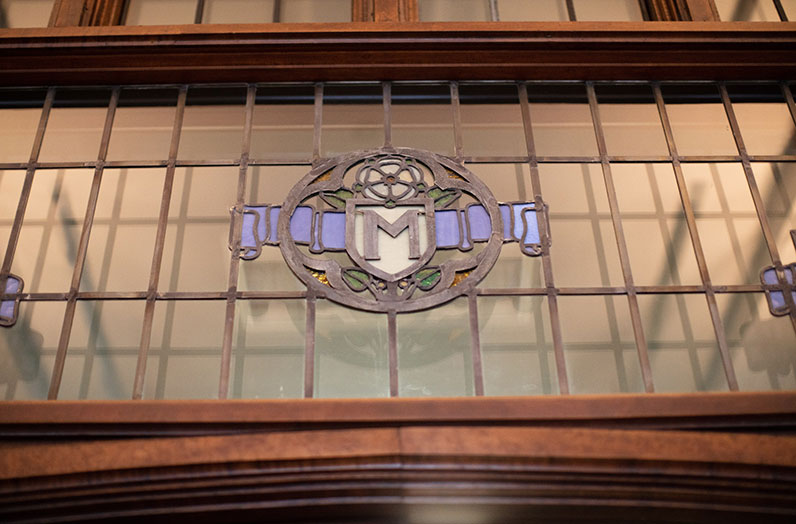 For Hannah Markun, being selected as a finalist for the competition was one of the biggest honors she received during her time at Millikin. "I was so excited to be competing alongside two great colleagues and friends of mine. Cecilia and Max are such talented musicians, and I am so lucky that I have gotten to work closely with them during my time at Millikin," she said. "My performance during the competition is certainly one I will remember … I am so thankful that I got to share a program of pieces I love with such an excited and accepting audience."

The evening was capped with more celebration as the event served as the conclusion of the Kaeuper Hall renovation kickstart challenge.

Kimm Hollis, for whom the competition is named, is a 1972 graduate of Millikin University and retired department chair and professor emeritus of music at Hanover College in Hanover, Ind. Two years ago, he committed $100,000 to kickstart the renovation of Kaeuper Hall. To date, $20,000 more has been donated toward installing state-of-the-art technology for multimedia productions, sound-dampening curtains, improved lighting, a five-octave marimba and vibraphone, an alumni guest-artist fund and other improvements. 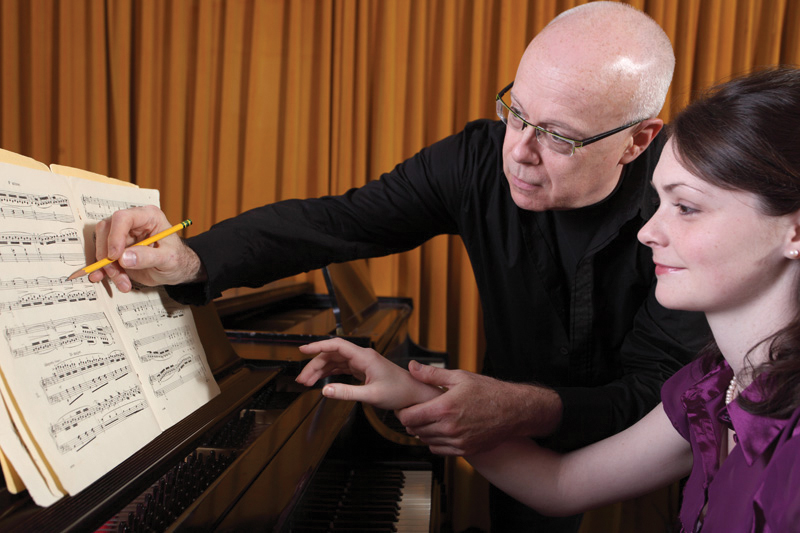 "We're transforming that space into something that can be useful across disciplines and across forms of media," Justison said in an interview with the Herald & Review. "I expect it will be a pretty enviable space when we get it done. It's a wonderful, hollow-sounding hall. If you're a singer, that's wonderful. If you play marimba, that's wonderful. But a lot of other instruments don't benefit from that."

Hollis returned to Millikin's campus for the 20th anniversary of the competition that bears his name and enjoyed reconnecting with friends and colleagues from over the years.

"It's very interesting to graduate from a school in 1972, then you're away for a period of time, but you keep up with your friends and various things happening at the school," Hollis said. "The director of development at the time, Peg Luy, and her staff were all friends of mine, we were all classmates together here, and in 2000, they had a campaign to redo the building. One thing led to another, and I thought I could really memorialize my major professor this way, so that's what we did. Then Peg sat down and before it was over, she honored my aunt, she honored my parents, she honored me, naming rooms and areas."

In addition to endowing the annual competition, Dr. Hollis has made numerous contributions to the School of Music, which culminated recently in a sizable gift enabling important technical upgrades to Kaeuper Hall.

"Kaeuper serves all of our School of Music student body, the entire campus and the community by hosting countless student recitals, guest artists and faculty performances throughout the school year," said Laura Ledford, dean of the College of Fine Arts. "The renovations currently in progress will support an even more robust use of this beautiful facility well into the future. The conclusion of the kickstart challenge to improve the functionality of Kaeuper Hall, the 20th anniversary of the Hollis Prize competition, and the first in-person competition since April 2019 was truly a special moment for all."