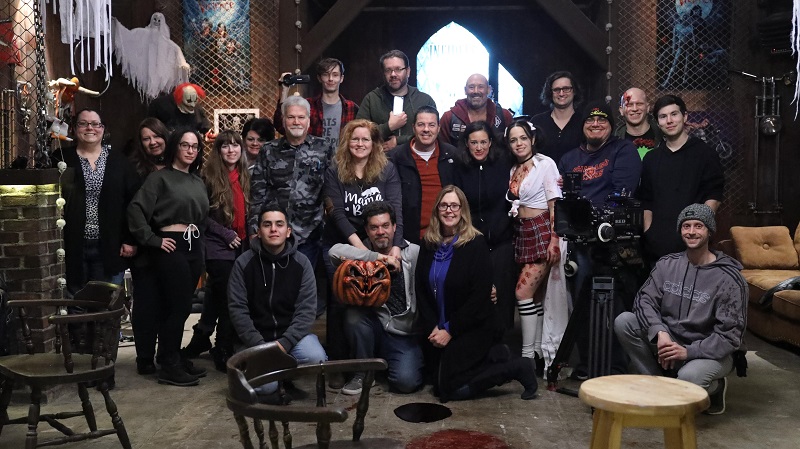 Instructor Eric Hector has been working on the movie Trick and Treats for the past few years. Instructor Hector is also the Creative Director of Heroic Age Studios and Heroic Age Art Center. Many Millikin students have been honored to be able to work on various projects at Heroic Age under his guidance. We caught up with junior, Zachary Cook, to ask him about his experience working on the Trick and Treats film when the celebrity, Gary Busey, was on set.  Zach Cook is shown in the back row holding the camera in the above photo. 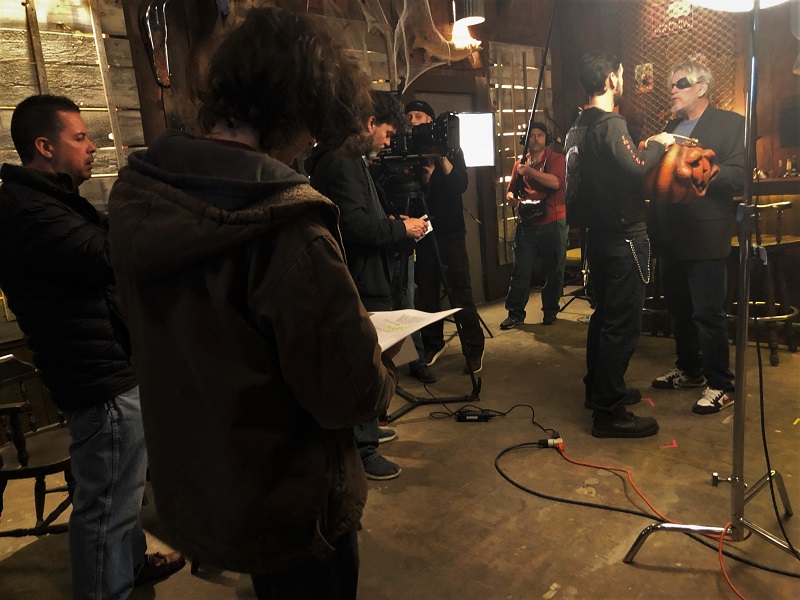 What is the nature of the film project and your role with it?

The film is "Trick and Treats” by Eric Hector, and it's a horror movie. I was a Production Assistant (P.A.) and helped with anything from driving actors to cutting out tattoos to going to the store. I did a lot of driving.

What does this opportunity mean to you and your future career plans?

You don't get many opportunities to work on an actual film set in central Illinois so naturally, I was ecstatic about the opportunity. Especially since I hope to work on films as a career.

How did you use your skills learned in the arts technology program?

Working with Eric on the movie, I never used anything I had learned in the Arts Tech program because, naturally, the people actually working on the film were doing all the lighting and camera work and sound, etc. Although the Arts Tech program DID allow me to navigate my way around set and in conversation in a way I couldn't have done a year or two ago, knowing the names of equipment and procedures and techniques allowed me to have a complete understanding of what was going on around me and having that knowledge gave everything readability that let me learn from the experience.

What was the most memorable part of the experience?

The most memorable part of the experience for me was the little conversations I would have with various crew members in between shots and during downtime. Listening to the way people communicated with each other and learning about their experiences in the industry opened my eyes to what we were doing. 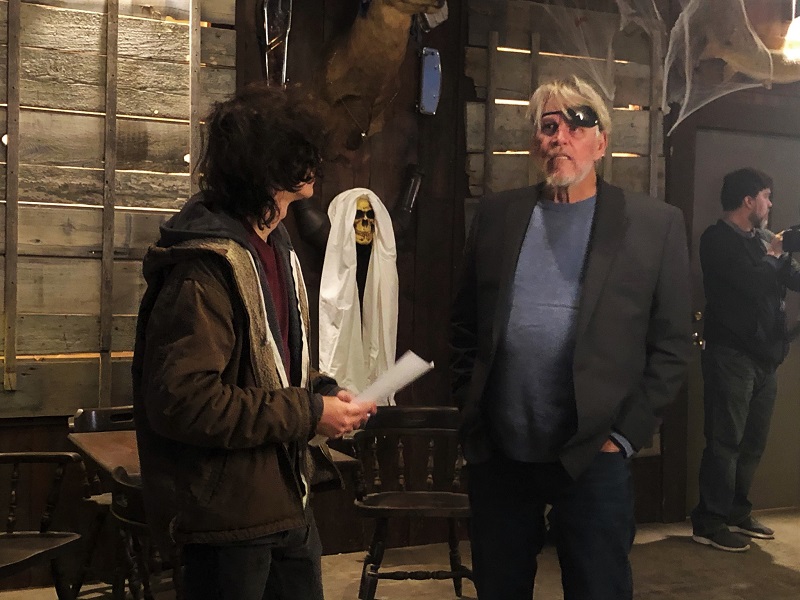 In what ways was the experience of working with Instructor Hector different outside of the classroom?

I think it was different in that I barely even saw him during filming. Of course, he was always in the room when we were recording but that's not a great time for conversation, and outside of that he was always running around setting up the next shot or getting things ready for the next day, talking to people and making calls, and that sort of showed me how busy directors are. He didn't have time to explain to me the fine details of what we were doing and why, but greatly encouraged me to talk to people and just observe the process of filmmaking, and I think that was incredibly effective.

What was it like working with a celebrity on set?

Well first you find out they're an actual person you can see with your eyes outside of a screen, but at the same time, they're almost not? It was weird. Definitely, an experience to say the least.

What are the next steps with this project?

Now that everything is shot Eric has to go through the laborious process of editing every scene, doing special effects, getting the audio just right, color grading, finding a way to showcase and distribute the film, all that fun post-production stuff.