Speaking with the Stars 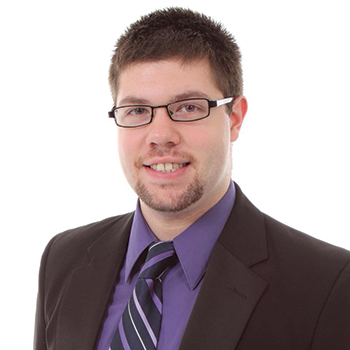 Answering questions instead of asking them in an interview setting takes Millikin University alumnus Denny Patterson, Class of 2013, out of his comfort zone.

As the celebrity interviewer for OUT FRONT Magazine, Colorado’s premier LGBTQ publication, Denny has interviewed hundreds of well-known names including actors, musicians, athletes, icons and influencers about their lives, accomplishments and experiences as members of the LGBTQ community.

Denny is no stranger to journalism, having been an active member of Millikin University’s newspaper, The Decaturian. While he pursued an English degree with a concentration in journalism, along with a Theater minor, Denny was immersed in Millikin’s culture and day-to-day happenings as he reported on campus news and student life.

During his time on the newspaper, he began as the features editor and worked his way up to news writer and finally senior editor. Denny was responsible for the LGBTQ corner of The Decaturian, while also authoring a column, “Brutally Honest,” which addressed issues impacting Millikin faculty, administration and student life.

“I received a lot of great feedback from that column, not only from students, but from professors and the administration as well,” said Denny. “That one was my baby. I really had some passion behind that column.”

Denny attributes much of his educational and professional success to the teaching and guidance of two Millikin University professors, Dr. Scott Lambert and Dr. Stephen Frech. “They wouldn’t let me fail,” Denny said. “They were always very encouraging and just kept giving me that extra push that I needed.”

Taking the lessons he learned at Millikin, Denny approached his career following graduation with an attitude of doing the hard work necessary to make himself successful. Following a brief period with a newspaper in Granite City, Ill. and six years as a digitization specialist with Ancestry. com, Denny saw the opportunity to pursue his passion in journalism during the COVID-19 pandemic.

Denny was connected with OUT FRONT Magazine through networking and friendships with fellow Millikin alumni. Soon after, he was hired on as a freelancer for South Florida’s OutClique Magazine, where he eventually became the publication’s senior lifestyle writer. 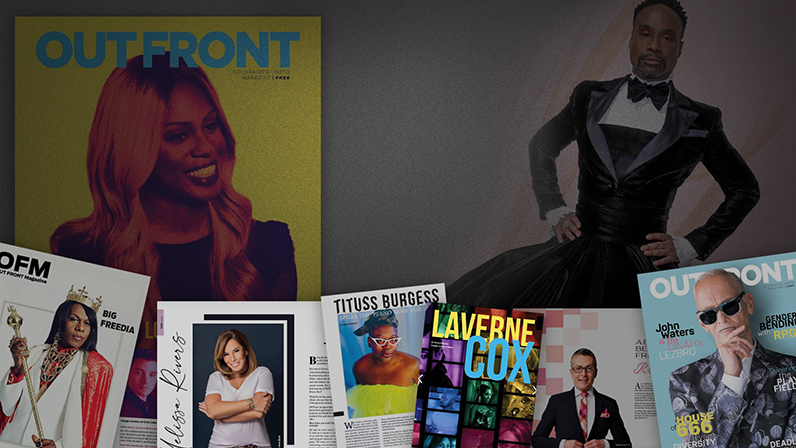 Once he started interviewing celebrities, he began researching, writing publicists and pursuing more interview opportunities before connecting with well-known figures.

“My first OUT FRONT cover story was American figure skater Adam Rippon in June 2018. After that, I started getting a lot more hits and bringing in a lot more people,” Denny said.Among the other names Denny has spoken with during his career are fashion designer Christian Siriano, singer and actor Billy Porter, actress and LGBTQ activist Laverne Cox, filmmaker John Waters, singer- songwriters Olivia Newton-John and Melissa Etheridge, actor Tituss Burgess and television personalities Tim Gunn and Ross Mathews.

During his conversations with celebrities, Denny strives to stand out from other interviewers by asking distinctive questions and focusing on LGBTQ issues. “I enjoy being a voice for these people,” said Denny, when asked about the most rewarding part of his career. “Not just to promote their projects, but to promote what they are doing to help the community, because they are advocates as well.”

Denny says that he’s come a long way since his undergraduate dreams of writing a gossip column or becoming a theatre critic. In the short span of his career, he has written nearly two hundred celebrity interview pieces and plans to continue reaching out to see which big names he can land next.