How Performance Learning Was My Major

How Performance Learning Was My Major 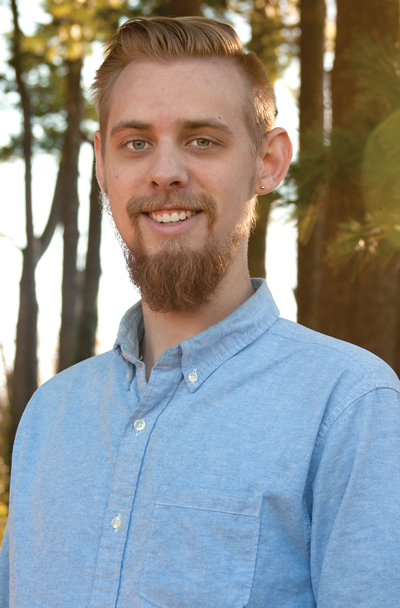 A degree at Millikin is unique in its calculated approach to Performance Learning. Perhaps this is not true of all universities, but any Millikin alum can confirm it. As I approach my final days as an undergraduate student, I can say with certainty that my experiences in Performance Learning were the base of my education.

For two years, I worked as production manager for Pipe Dreams Studio Theatre at Millikin. For students interested in combining theatre and business, this student-run venture offers an opportunity unlike any other. When I began, I expected my responsibilities to lie solely in overseeing the technical aspects of each show. Little did I know that Performance Learning at Pipe Dreams actually meant an education in nonprofit management, event sales, development, grant writing, financial management, social media marketing, contract writing, video/audio production and even a fair bit of carpentry and electrics, among other skills. And, even though it came as a surprise, it was the finest piece of education I have ever received.

There is a certain unconquerable disconnect that strangles the classroom setting. Even when students embark on challenging individual projects, there is a safety net. Everything is done in theory, in a classroom. You can never capture the whole concept of anything until you attempt it on your own. Not until the safety net is burned and abandoned.

This is what Performance Learning offered me. A chance to fail. Not in theory or with something to cushion the blow. A real chance to run a real company into the ground. And, because the risk existed, we didn’t. Pipe Dreams was a chance to work with some of the most dedicated people I have had the pleasure of knowing. We pushed every limit of what we thought we knew. Took on tasks we could never have expected. And, together, we prevailed. In the two years I was a member of Pipe Dreams, this team of intrepid college students produced eight productions — on time and under budget. We wrote and won a grant from ETC and upgraded our lighting system to the tune of around $10,000 while securing a capital donation of another $10,000 from a generous donor. We petitioned a philanthropic student organization for the money to upgrade our seating. We began paying our directors and our designers. We sold out an enormous number of high-quality theatre productions. We rebranded our entire company to fit our culture ...

And no, we did not sleep. But we didn’t need to. Because it became clear to us, as it is still crystal clear to me, that Performance Learning was what we were at Millikin to do.

My diploma reads “Tyler Hixson: Bachelor of Fine Arts in Theatre Administration; Minor: Entrepreneurship.” These words can never even come close to representing the experience I’ve gained far outside the realm of my field of study. And perhaps they shouldn’t.

Tyler Hixson of Monticello, Ill., completed his bachelor of fine arts degree in theatre administration and a minor in entrepreneurship last December. He was a recipient of the Scovill Prize, the highest honor awarded by the university to traditional undergraduate students, and also received the Michelle Chartier Memorial Award. A James Millikin Scholar, Hixson’s JMS undergraduate research project was an investigation into the best practices of nonprofit governance.