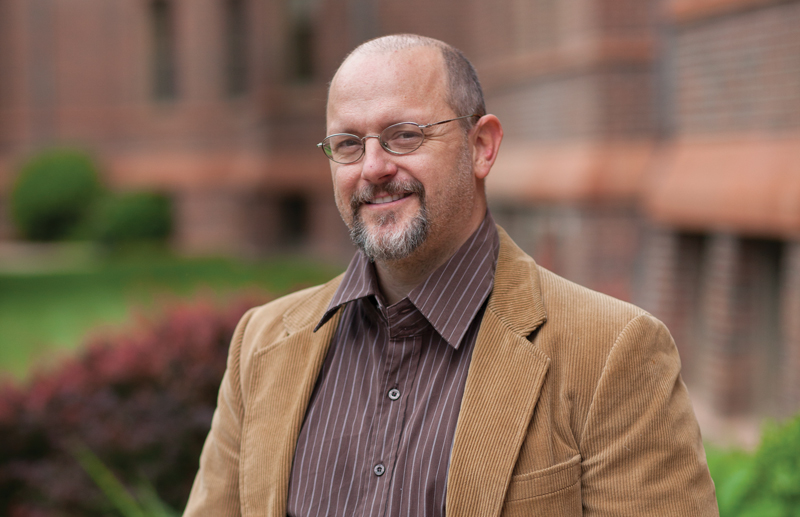 Seven years ago, Alex Miller, associate professor of theatre and dance, founded Shakespeare Corrected (SC), working with the Decatur Correctional Center (DCC) to produce a Shakespeare play starring and staged by DCC female inmates led by MU theatre and dance students. The program was modeled after the Shakespeare Behind Bars program Miller had seen at a Kentucky prison, as well as a similar program at an Indiana supermax prison.

The nine-month production process begins annually in August, with the women making sets, props, costumes and programs in addition to learning lines. Frequent rehearsals culminate with April performances, such as 2012’s “Othello” and 2015’s “Macbeth.” Last spring’s performance of “As You Like It” was the bookend to an earlier MU student production of the same play.

Miller tries to limit participation to 25 DCC women per production, but this year the popular program drew 36 participants. Contrast that to the approximately eight women who took part the first year.

“It was really quite difficult to establish the program,” Miller says. “But then it started to catch on fire. The women watch their friends do something they never thought they would do. The courage and confidence they develop is a miracle. I’m lucky to see these miracles happen.”

Designed to help inmates gain confidence and skills that prepare them for successful reintegration, the program’s benefits go far beyond that. For example, Miller says it cost Illinois nearly $22 million to run DCC in 2014, based on an average annual cost per inmate of $28,944.

“We’re just starting to get data, and our preliminary results are looking pretty positive,” says Miller, who was recognized as 2015 Volunteer of the Year by the Illinois Department of Corrections. “If Shakespeare Corrected can help people not re-offend, and it appears that it does, the program contributes to real cost savings.”

The emotional benefits are huge, too, says Dana Anderson ’14 of Chicago. Anderson, who served as a student assistant director during the program’s second year, returns each spring to work with the cast and crew for several months to direct each production. Last year, she directed five performances over four days.

“If you give people a second chance, great things can happen.” — Jennifer, a Shakespeare Corrected inmate participant

“Now that the program is seven years old, we are seeing what participants do once they are released, which is the ultimate measure of success to me,” Anderson says. “One woman who has been in several productions is currently employed and performing with a theatre group that does outreach performances in churches and prisons. Another got her start painting the sets for our shows and has earned opportunities to explore scenic painting as a profession. But the most powerful success stories are those of children getting to see their mothers doing something positive. And last year, a father saw his incarcerated daughter perform the role of a father who had cast away his own daughter.”

Autumn Taylor, who first participated in the 2012 production of “Othello,” and emerged as a talented set designer, is one of two former DCC inmates who spoke at a recent campus presentation about SC.

“I learned a lot about myself — that even in the darkest places, I can shine,” Taylor says. “This program saved me from myself.”

Interacting closely with the DCC women is also transformational for Millikin students. During the last academic year, a newly created Shakespeare Corrected class formalized and added structure to what had been previously a volunteer opportunity for students.

“They learn very quickly that these are simply people who made bad choices based on the social environment they were in and/or substance abuse,” Miller says, noting that the impact can be highly personal, evidenced by the student who had attended high school with one of the inmates. “The students’ world is widened by humanizing these individuals and not falling into the clichés that TV can perpetuate.”

“It’s something that could have happened to any of us,” says Janine Norman ’18 of St. Louis, who volunteered for the program her freshman year and subsequently signed up for last year’s class. “It was very emotional working with them. You hear things about their lives that are very hard to deal with. One woman told me, ‘my favorite place to be is in the cemetery because I know it ends.’”

Despite the heartaches she heard about firsthand, Norman says it was a joy for her to be there.

“It has been the most rewarding experience I’ve had at Millikin,” she says. “[The women] showed me how to be a better, less judging person. It’s very humbling to see how they work together.”

Looking ahead, Miller has his sights set on two new goals. One is his hope that the experience will encourage MU participants to develop into theatre philanthropists, paving the way for more programs of this type around the country. Another is to expand the program to reach young, at-risk individuals before they get into trouble with the law. Already, the program’s success has several local agencies interested in exploring this new type of outreach with Miller.

“I think of this as a calling,” Miller says. “To see these women help each other like family and support each other — in many ways, I think I see them at their best.”

A best that may allow them to put the past behind and move forward, returning to their communities with the confidence and self-worth to be active, contributing members.