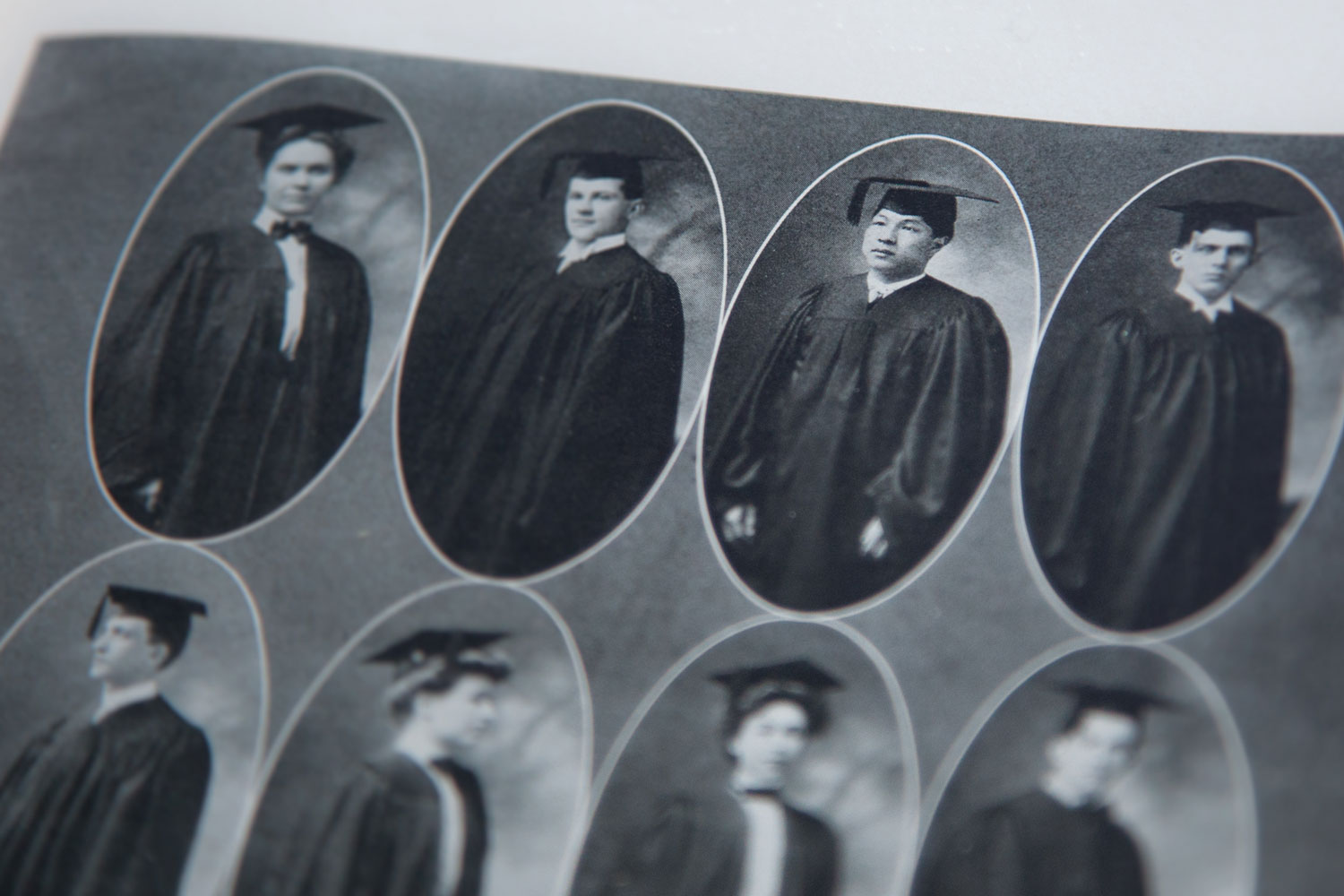 According to The Decaturian (Dec) student newspaper, Matsumoto came to Millikin after helping staff the Japanese delegation’s exhibit at the 1904 Louisiana Purchase Exposition in St. Louis (aka the World’s Fair depicted in the popular Judy Garland film, “Meet Me in St. Louis”). As a student, Matsumoto was a frequent contributor to the Dec and the yearbook, writing articles on diverse topics such as Japanese military service and popular sports in his homeland (including ken-jitsu, jiu-jitsu, boating, swimming, tennis and baseball). He also would write an occasional poem and a humorous insert titled “Tokyo American” for the Dec. A member of the YMCA, he was active in several campus organizations, including the Commerce and Finance Association.

A local newspaper, The Decatur Herald, reported in March 1905 that Matsumoto sang several Japanese songs, performed a dance and gave a jiu-jitsu demonstration as part of a Dramatic Club fundraiser for the Millikin Athletic Association on the stage of what is now known as Albert Taylor Theatre. His demonstration partner, fellow student Casca Whitehouse, “became winded from the violence of the exercise” and had to take a break to rest. The paper later reported in depth on Matsumoto’s reading of his research paper, “The Courts and Jails of the United States Compared with Those of Japan.”

Both newspapers reported the disappointment of his fellow students when Matsumoto left Millikin during the 1906-07 academic year to study at the Wharton School of Commerce and Finance at the University of Pennsylvania, per his father’s wishes. However, Matsumoto became so homesick for Millikin that he convinced his father to allow him to return in fall 1907 to complete his bachelor’s degree at the Big Blue. His fellow Millikinites welcomed him back with “a buzz of genuine pleasure,” the Dec reported, and he was elected student marshal for his 1908 commencement.