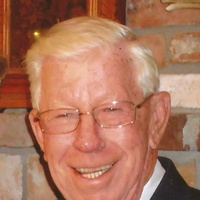 David was born on November 29, 1936 in Moweaqua, IL to Harry and Clara (Wilber) Waite. He proudly served in the United States Army. He earned his Associate Degree from Millikin University. David owned and retired from Clark’s Appliance in Decatur, IL. He was a board member at the Warrensburg Sportsman Club. David married Janet Traughber of Blue Mound, IL on September 17, 1960 in Stonington, IL. His passion was the outdoors and going to auctions. David always vacationed in Boothbay Harbor, ME and went bear hunting in Princeton, ME for over 40 years.

David was preceded in death by his parents and his brothers: Haldon and Lyle Waite.