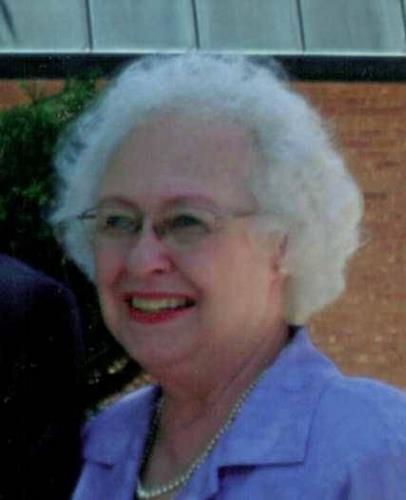 In 1959, Janet earned a Bachelor of Music Education from Millikin University. She was a member of the Sigma Alpha Iota women's professional music fraternity, as well as Pi Mu Theta and Phi Kappa Phi scholastic fraternities. Janet kept a studio of private piano students for more than 60 years. She served the Lord as pianist, organist, and choir director at Westminster Presbyterian Church in Godfrey for 50 years.

Surviving are two children and their spouses, David and Teri Vandegriff of Godfrey, and Jill and John Clayton of Overland, Missouri, as well as two grand dogs, and Becca Westrich, whom she loved like a granddaughter.

She was preceded in death by a brother, Jay Cox.

Visitation will be from 3 to 7 p.m. Friday, Aug. 18, 2017 at Westminster Presbyterian Church where it will continue from 10 until time of funeral at 11 a.m. Saturday, Aug. 19, 2017. Pastor Adrian Das will officiate. Burial will be at Valhalla Memorial Park in Godfrey.

Memorials may be made to Westminster Presbyterian Church or the 5A's Animal Shelter.

Gent Funeral Home in Alton is in charge of arrangements.

Online guestbook and information may be found at www.gentfuneralhome.com.