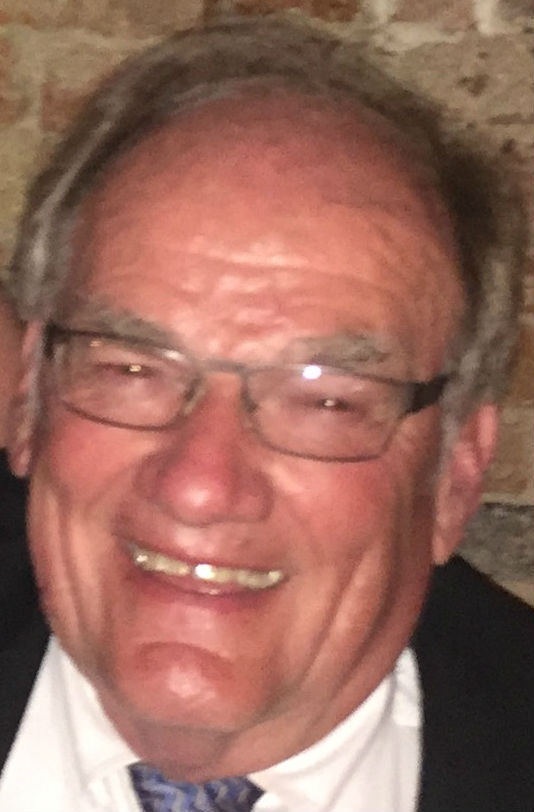 FORSYTH – Donald Charles Van Lyssel, age 74, of Forsyth, IL went home to his Creator on November 11, 2017, peacefully, at his home. Don was born on July 5, 1943, in Appleton, WI, the only son of George and Josephine Van Lyssel, both of whom preceded him in death.

Don married the love of his life, Cynthia Ann Cox, on May 27, 1967 at St. Thomas Catholic Church in Decatur, IL. They joyfully, and with family, celebrated their 50th wedding anniversary on May 27, 2017.

Don graduated from Lakeview High School and Millikin University both in Decatur in the 1960’s, and thereafter began an extensive and accomplished career in Agriculture, culminating in the founding and ownership of Career Paths Unlimited, a recruiting/consulting company working with agricultural professionals, which has remained in operation for the past 16 years. Don was a consummate professional, detailed and precise, and he truly loved using his talents to serve others in his business. He mentored many, was kind to all and, true to his word as always, he never retired from his work.

Don was an active and involved member of the Illinois Fertilizer/Chemical and the Grain/Feed associations of Illinois, where he served on numerous committees and boards. He was also involved in his community, having served previously as a trustee for the Village of Forsyth. Don served in the Illinois National Guard for six years, and did many good deeds quietly and behind the scenes, as was his humble way. Don worked tirelessly every day of his adult life to make the lives of those he loved – and there were many – easier, and in this, he certainly succeeded.

Don is survived by his bride Cyndi of 50 years, and by his daughters, Heather Kimmons of Forsyth and Holly (Eric) Flick of Springfield, and his son Scott (Laura) Van Lyssel of Libertyville, IL. He is also survived by the greatest delights of his life, his seven grandchildren, Gillian and Allison Kimmons, Sofia and Jack Flick, and Nathan Donald, Ben and Charlie Van Lyssel, who he lovingly and openly cherished, and whom he joyfully called “Our Seven from Heaven.” To them and even to many of their friends, he is known simply as “Poppi.” He is survived also by his sister, Sandy Day, of Beloit, WI, and many nieces, nephews and friends.

Don had many loves and simple pleasures in his life: the Green Bay Packers, his business, his home, his church, his community, but none greater than his family. His home was the center of all family activities and gatherings, and he worked happily and tirelessly to always make it a place family looked forward to gathering: from his sparkling pool and fountains, to his campsite in the pines, to his golf cart tricked out with every comfort and safety feature he could provide for his beloved Seven from Heaven, and even in the last few weeks, to his teenager-focused TV and game den, which the family looks forward to breaking in in his honor at our first Thanksgiving without him. We know he will be watching, and smiling. And we know that he now knows, with all certainty, that the greatest attraction of his wonderful home, by far, and simply, were he and Mom/Nana.

Don treated his family like royalty, his friends like family, and strangers as long-lost friends he just hadn’t met yet. We love him, and we miss him.

Mass of the Resurrection will be celebrated at Our Lady of Lourdes Catholic Church, Decatur, Illinois, at 11:00 am Wednesday, November 15, 2017, where Don was a faithful member for over 40 years. Visitation will be immediately preceding Mass, also at Our Lady of Lourdes, at 10:00 am. Interment will take place at a later date. In lieu of flowers, memorials may be made to St. Teresa High School.

The family of Donald C. Van Lyssel is being served by Moran & Goebel Funeral Home and Cremation Services, 2801 N. Monroe St., Decatur, IL 62526. Condolences and memories may be shared at www.moranandgoebel.com.