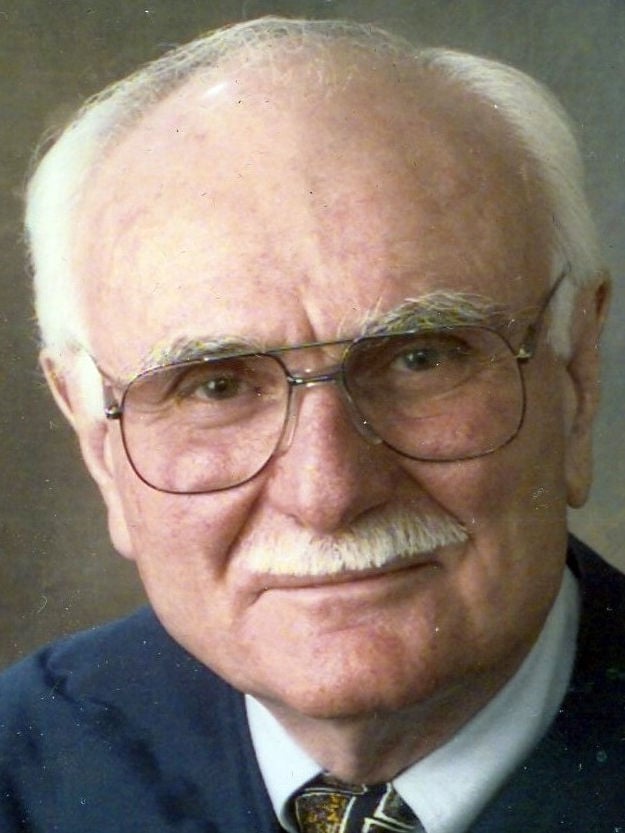 A funeral service will be held at 12 noon on Monday, April 24, 2017, at Mt. Calvary Lutheran Church (2055 S. Franklin Street Rd., Decatur, IL) with Pastor Michael Damery officiating. A visitation will be held 2 hours before the service. Burial will be in Mt. Gilead North Cemetery, South Wheatland Township, with Navy honors accorded at the burial service. Memorials may be made to Mt. Calvary Lutheran Church or Millikin University, in support of Millikin Business students through the Sappington Family Scholarship. Tanzyus Logan Funeral Service and Care is in charge of arrangements.

Art was born September 8, 1928 in Jacksonville, IL. He was the son of Luman L. and Margaret M. (Thompson) Sappington. He served his country in the U.S. Navy from 1946-1949 (WWII). He was awarded a WWII Victory Medal, American Theatre and Good Conduct medals.

Upon Art’s return to Illinois he attended Millikin University and the University of Illinois Law School. He was a Millikin University Assistant Professor (full and part-time) as soon as he graduated from law school, from 1958-1977. He was awarded a Ford Foundation Fellowship at Indiana University from 1961-1962. Art practiced law in Decatur with Record & Sappington from 1964-1977. At that time, he was appointed as Associate Circuit Judge in Decatur until his retirement in 1998. Art thoroughly enjoyed working with the lawyers.

Art was a lifelong Lutheran and currently a member of Mt. Calvary Lutheran Church; Decatur Library Board (1963-1971; President 1965-1967); the Macon County Board (1969-1977); Central Illinois Regional Commission of Law Enforcement; the Decatur Aero Club and a Master Gardener. Art was an instrument rated pilot and was secretary of the AERO Club for 21 years. His favorite hobbies were flying, concerts, theatre, reading and traveling. He traveled to over 40 countries and 6 continents.

The family would like to thank Dr. Gregory Totel for being a caring friend for over 30 years and superb personal physician for many years. Special thanks to friend and colleague Judge Jerry L. Patton for his support over 40 years. The family would also like to thank the nurses and staff at Hickory Point Christian Village for their attention and care as well as DMH Hospice. Additionally, the family would like to thank Pastor Michael Damery of Mt. Calvary Lutheran Church as well as the church family for the care and love during this time. All of the love extended has been appreciated more than you will ever know.